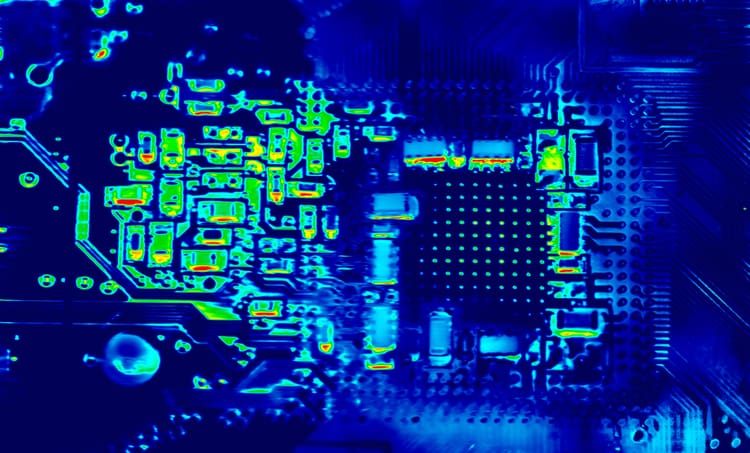 The reference voltage circuit in these components will undergo thermal hysteresis during temperature cycling.

Anytime you need to place a voltage reference in your PCB layout, it needs to be ultra-stable against thermal fluctuations and external noise. Drift in a voltage reference creates minor voltage errors that can be unacceptable in some precision measurement systems, as well as in precision regulators and high resolution converters. Reference voltage circuits have a specific quantity that defines how they are affected by temperature cycling, known as thermal hysteresis.

What Is Thermal Hysteresis?

Technically, any physically measurable quantity can exhibit hysteresis during measurement due to changes in some variable or system parameter, including temperature and quantities that change with temperature. Thermal hysteresis is normally discussed in terms of a separation of freezing and melting points for ice crystals in solutions containing antifreeze proteins/glycoproteins, where the freezing and melting temperatures will shift slightly as the temperature of the solution is cycled between extreme values. Conceptually, thermal hysteresis can be compared to magnetic hysteresis, wherein a cycled magnetic field leaves some remnant magnetization.

If the device is cycled between its low and high temperature rating (e.g., -40 °C to 125 °C for many components), the total change in output can reach ~1 mV for a typical bandgap reference voltage circuit. High precision circuits that are properly mounted to the PCB can have hysteresis values as low as ~105 ppm across the entire operating temperature range. Note that long-term drift also occurs in these circuits even if the temperature of the circuit is maintained at a constant value. 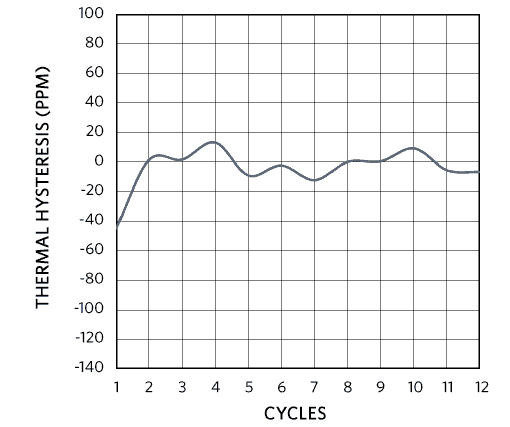 Example thermal hysteresis measurement in the voltage reference used in an LDO regulator.

Thermal hysteresis is created by mechanical stress that accumulates on the semiconductor die during temperature cycling. The stress distribution and how stress is released from the device depends on whether the die was previously at a higher or lower temperature, and the past history of stress in the device. Stress accumulates and sets in at different locations on the die due to thermal expansion and contraction.

Placing a cutout slot around a component that is prone to thermal hysteresis is one way to increase the stiffness of the substrate beneath the component. In addition, place the device away from the center of the PCB. Both methods have been experimentally shown to reduce stress accumulation and resulting thermal hysteresis. 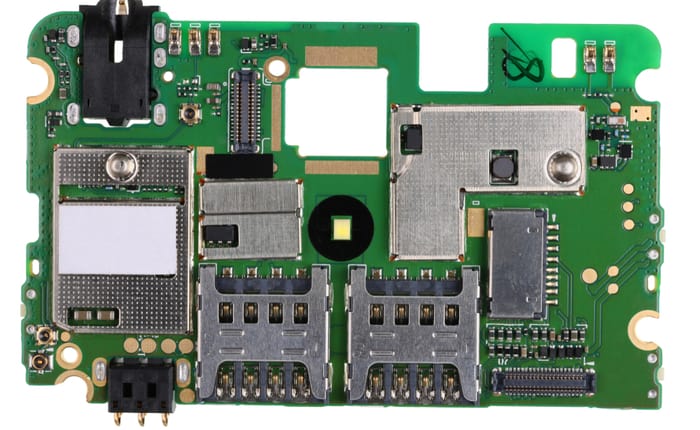 The board edge provides a stiffer surface for mounting, which will prevent output voltage changes due to thermal hysteresis.

Finally, to alleviate stress in the die and force a reference voltage circuit to settle to its long-term output, the circuit can be cycled repeatedly while an assembled PCB is running. It may take multiple cycles, but measurements of reference voltages by some component makers have shown that the hysteresis window can decrease over time after repeated cycling.

When you’re ready to plan your next PCB for fabrication and assembly, you can specify test requirements for suppressing thermal hysteresis and you can prepare deliverables with the best PCB design and analysis software. Allegro PCB Editor gives you all the features you need to create advanced circuit boards for a range of applications. You’ll also have access to a complete set of advanced design verification tools and field solver utilities to analyze the behavior of advanced electronics.