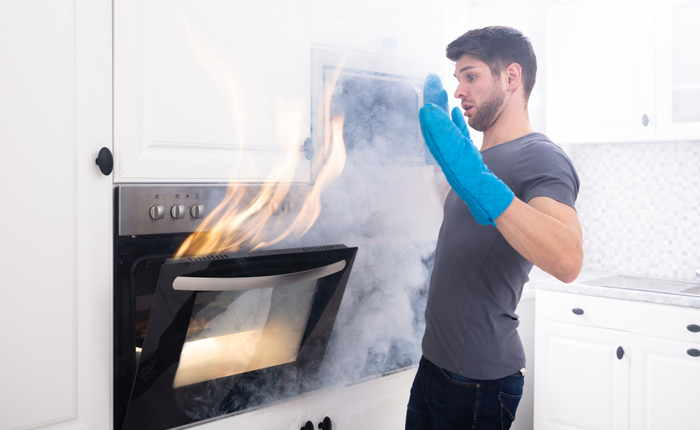 Make sure your PCB can take the heat with thermal shock reliability testing.

Let anything heat up to a high temperature in a very short time period, and it will probably fail. The same is true for your electronics, which might need to survive a very hot environment. Even more important is slow and fast cycling between extreme temperatures, which places extreme stress on components and the structure of the PCB itself. If you can design your board to withstand thermal shocks and stresses, your board is likely to have a longer lifetime.

What Is Thermal Shock Reliability Testing?

The IPC-TM-650 2.6.7 standards define thermal shock reliability testing requirements for multiple materials. Another standard thermal shock reliability testing method for defense articles is MIL-STD-202G, Method 107. Both standards specify examining structural reliability due to changes between extreme temperature values. The temperature test range in these materials is chosen in terms of the glass transition temperature (Tg) for the board’s substrate (IPC-TM-650 2.6.7) or over a standard range (MIL-STD-202G).

This test is based on similar methodologies as MIL-STD tests for thermal reliability. The upper temperature in the test is set to be below Tg of the laminate material. Specifically, IPC D coupons are specified to be subjected to thermal shocks ranging from -55 °C to the minimum of: Tg - 10 °C, reflow temperature – 25 °C, or 210 °C. This covers most moderate and high Tg laminates, and most typical operating conditions for commercial or industrial products.

This standard specifies standard tests using air-to-air methods or liquid-to-liquid methods. These methods are designed to control the rate of heat transfer into the device under test (DUT), and they each have different characteristics. These two sets of methods are summarized in the table below.

When the DUT is exposed to a high-temperature environment, it needs to continue operating in that environment so that the system can reach thermal equilibrium. Tests specify a dwell time, which is the time the DUT should remain in the environment to allow it to come to equilibrium. Because air-to-air heat transfer is low compared to liquid-to-liquid heat transfer, an air-to-air test method will have a longer dwell time. The dwell time also depends on the mass of the system being tested; a heavier PCB will have a longer dwell time in both tests.

The test range in MIL-STD-202G is divided into different categories. The lower-end testing temperature can be as low as -65 °C and as high as 200 °C (for liquid-to-liquid tests) 500 °C (for air-to-air tests). Air-to-air tests are more typical of real conditions, especially in aircraft or automobiles. However, they cannot simulate cases where temperature rise occurs very quickly, thus liquid-to-liquid tests are a better choice when there is the danger of a fast, large temperature rise during operation.

Whether we’re worried about thermal cycling or thermal shock, the important parameter that determines thermal reliability is the difference between the CTE values of various board materials. This includes the laminate, solder, and printed conductor materials. In addition, the ductility of conductors used influences whether a conductor will fracture during a thermal shock. A more ductile material can withstand a higher strain rate, thus it can sustain a faster temperature rise.

As the board temperature increases, stress is placed on different structures as the board materials expand at different rates. Due to differences in CTE values, thermal shock leads to the following forms of failure:

Here are some ways you can prevent failure due to thermal shock:

Your PCB design and analysis software should give you everything you need to design your PCBs to withstand thermal shock and pass thermal shock reliability testing. The CAD tools in Allegro PCB Designer from Cadence integrate with a set of field solvers for thermal, electrical, and CFD simulations, giving you everything you need to examine thermal stress and reliability in your new system. Try this unique toolset when you need to design reliable PCBs for advanced applications.