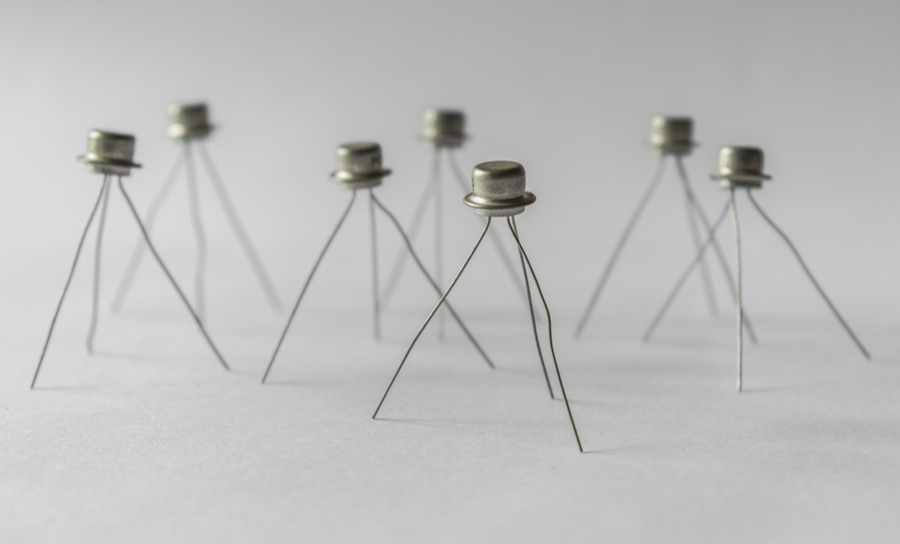 Amplifiers are in use in nearly every area within the field of electronics, the car audio amplifier is still my favorite. Since my first install project at age 10, I was thoroughly intrigued by the art of designing the perfect car audio system. As a fan of the scientific process, I was naturally interested in learning everything I could about the components entailed in an amplifier.

After discovering the various amplifier circuits in use in amplifiers, I was even more intrigued about the field of electronics. For me, the components found in electronics were like building blocks, and with enough knowledge and practice, one can construct almost anything.

The basis of every design from a car audio amplifier to a multilayer PCB, hinges on the accuracy of your design, assembly, and choice of components. In terms of components, the amplifier exists in a myriad of configurations and functional applications. One such configuration is the Common Base Amplifier, and I will discuss how you can properly model and simulate its properties. The Common Base Amplifier

The Common Base Amplifier is a type of BJT configuration or bipolar junction transistor, in which the input and output signals share the base terminal of the transistor, hence the name common base (CB). Furthermore, the CB configuration is not commonly in use as an amplifier in comparison to the more prevalent common collector (CC) and common emitter (CE) configurations. Although it does not see widespread use, when it does, it is mainly due to the uniqueness of its input and output characteristics.

To facilitate amplifier functionality with the common base configuration, we need to supply the input signal to the emitter terminal, while extracting the output from the collector terminal. Therefore, in this instance, the input current is also the emitter current. This also means that the output current is indeed the collector current. However, since the transistor is both a three-layer device and a two PN-junction device, it needs to be correctly biased for it to work as a common base amplifier. This means that its base-emitter junction will need to be forward-biased.

The above image is of a basic circuit diagram of a common base amplifier configuration. If we look closely at this diagram, we can see from the underlying common base configuration in which the input variables correlate to the IE or emitter current and the VBE or base-emitter voltage. Also, we can see the output variables that correspond to the IC or collector current and the VCB or collector-base voltage.

The Common Base Amplifier Circuit Diagram

I am sure you are aware by now after examining the formulas and expressions that portray the common base amplifier configuration's characteristics, that it is not suitable as a current amplifier. Moreso, since by its very definition, to amplify means to increase. With an overall current gain generally between .980 and .995, it certainly does not increase the output current.

It is only logical that if it does not increase current, then it should amplify voltage. Furthermore, the voltage gain (AV) of a common-base amplifier is the ratio of VOUT ÷ VIN. Alternatively, this means it is the ratio of the VC (collector voltage) to the VE (emitter voltage). Also, other ways to express these relationships are VIN = VE and VOUT = VC.

Because VOUT develops across the RC (collector resistance), then VOUT must also be a function of IC per Ohms Law; VRC = IC × RC. Therefore, any changes in IE will result in a corresponding shift in the IC. With the previous observations being valid, we can consequently express these findings by the following formulas:

Alternatively, since Alpha = IC ÷ IE, we also express the common base amplifier's voltage gain as: 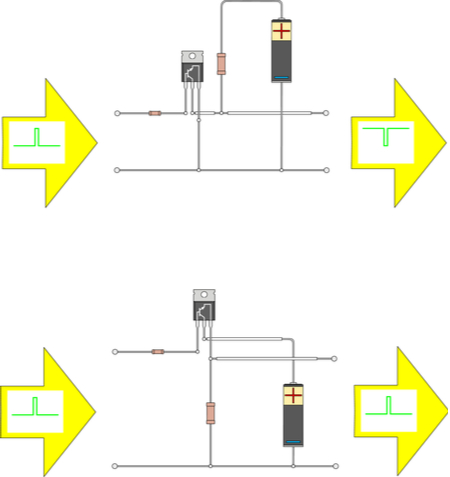 Differences in inverting and non-inverting amplifiers.

Voltage Gain Characteristics of a Common Base Amplifier

Furthermore, with AC input signals, the emitter diode junction has, in effect, a small-signal resistance, and the following expression symbolizes this relationship: r' e = 25mV ÷ IE. Also, with this expression, the 25 millivolts represent the thermal voltage of the PN-junction, and IE, of course, represents the emitter current. Therefore, whenever there is an increase in emitter current flow, there will also be a proportionate decrease in emitter resistance.

Keep in mind that a portion of the input current also flows through this internal base-emitter junction to the base and the externally connected emitter resistor, RE. This also means that when conducting small-signal analysis, you need to connect these two resistances in parallel. We know that the value of r' e is minimal. In contrast, the value of RE is typically much more significant; usually in the kilohms range. Therefore, the scale of the amplifier's voltage gain changes vigorously in correlation to the changing levels of emitter current. 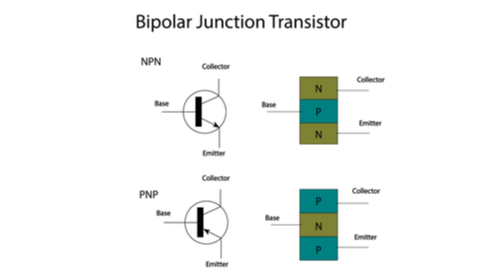 Bipolar junction transistors can be used in many electronic applications.

The common base amplifier can be used as a base for many more complicated circuits and amplifier designs. Utilizing small signal analysis, bode plotsplotters, and voltage gain models you can quickly verify your circuits as well as determine any design changes that need to be made. This adds security to your design as you move it forward through layout and production. PSpice has reliable and strong simulations for any of these models, and is capable of creating the information you need.

Of course, you can utilize PSpice in your process for other amplifier and transistor models acquired from any IC vendor. You can utilize the 3rd party model import in PSpice, or utilize the pre-existing vast number of transistor models available from major IC vendors. After the fact you can then perform AC analysis, bode plotting, and any other analysis necessary to validate their behaviors.

Verifying electronic designs with amplifiers in them is only one piece of the design puzzle; for the rest of it, look into the other design and analysis tools offered through Cadence. OrCAD PSpice Simulator can work with you through your schematic design process.