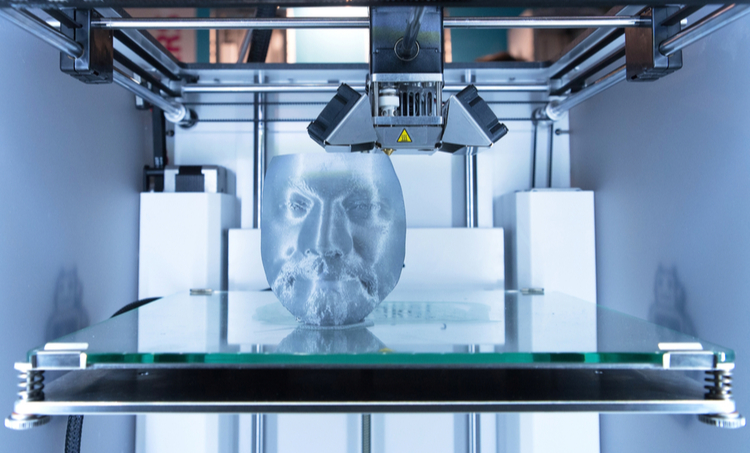 In some ways, we seem surrounded by power sources. Alternative energy sources such as wind towers and solar farms dot the landscape. Although on the decline, coal-fired power plants continue to provide energy for electric generation. And...power plants that rely on nuclear fission continue to keep the lights on for large segments of the population.

Despite the ubiquitous nature of those power sources, another offers greater potential. Nuclear fusion converts matter into energy when hydrogen atoms fuse together. Extremely high temperatures change hydrogen from its gaseous state into plasma when negative-charged electrons separate from positive-charged nuclei. The first stage of the fusion process happens when the positive-charged electrons overcome repulsive electrostatic forces and come within close proximity to one another. When attractive forces overcome repulsive forces, the nuclei fuse together. What to Know About 3D Printing: It All Adds Up

Additive manufacturing also uses fusion but in a much different way. Developed by the founder of Stratysys, Fused Deposition Modeling (FDM) works through placing layers of melted thermoplastic filament in a predetermined, three-axis path. If you have worked with 3D printing technologies, you have--more than likely--worked with FDM. As with stereolithography, FDM begins with a computer-aided design (CAD) model formatted in either the surface tessellation language format (.stl) or the .obj file format includes 3D coordinate, texture, and other object information.

CAD processing software embedded within the microprocessor control for the printer slices the CAD model into layers. The software then translates calculations into the geometric-code or G-code programming language that defines the horizontal, vertical, depth (XYZ), and circular movements that a 3D printer extruder can use to build the layers of a 3D object.

Once the software has completed the calculations, a heater within the printer melts thermoplastic. The extruder pushes the melted thermoplastic through a nozzle and onto a build platform along the path calculated by the software. The thickness of each layer can vary from 0.1 mm to 0.5 mm and depends on the type of printer and extruder. Because of limitations with wall thickness and cross-section size, the lower cost printers cannot provide the resolution or dimensional precision seen with the higher-level FDM printers. 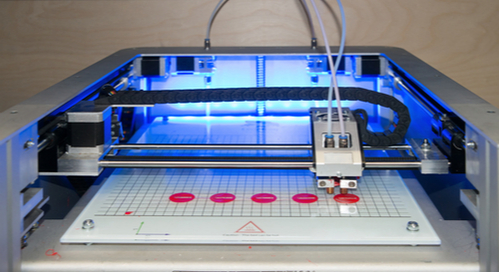 Fused deposition modeling is a great augment for your additive manufacturing processes.

Every FDM printer includes an extruder, a supporting framework called the gantry, and a build plate. While lower-cost printers have a rigid cartesian frame, other FDM printers attach the extruder to three moving arms. FDM printers only build models from the bottom up. The plastic, aluminum, or glass build plate has a horizontal orientation and moves downward when the printer completes a layer and is ready to start with a new layer.

Infill controls allow the FDM printer operator to adjust the structure of the inside of a 3D printed part. To save materials, operators often select settings that produce a honeycomb structure inside the part and that control the amount of material used to form the honeycomb. Along with using the infill control to control the strength of the part walls, FDM printers also use a support function to develop support structures that print as part of the model and that prevent the model from sagging in its heated state. After the model cools, an operator can easily remove the support structures. 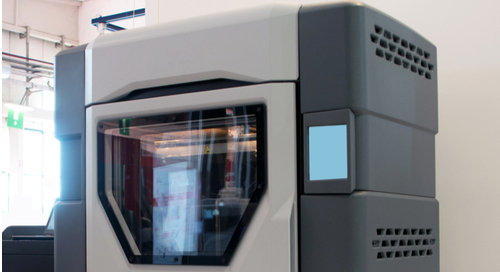 Standalone FDM machines can fit in your office or lab and work with you and your testing teams.

Implementing those technologies for PCB design begins with PCB design software that merges the capabilities of mechanical and electronic computer-aided design (MCAD and ECAD). Design teams can use the software to develop design rules and error checking that stimulate enhanced design solutions and speed the development cycle.

Utilizing a strong suite of layout and analysis tools like those offered by Cadence is a surefire way to get your design and production teams up-to-date on innovation. Utilizing Allegro PCB Designer as your layout tool of choice will not only provide you everything you need from a design perspective, but also has easy integration for additional verification and analysis options like SI, PI, and thermal.