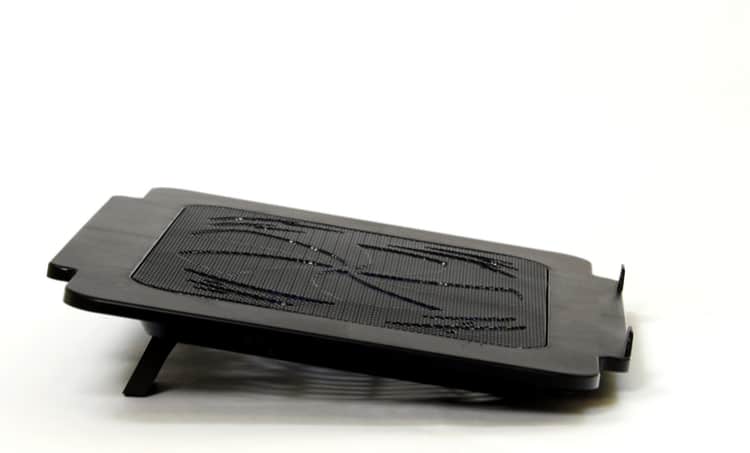 A cooling pad for laptop

Cooling fans are a vital part of computer hardware, as they cool the CPU and ventilate casing, enabling active cooling in computers. All computers have built-in fans, as they are one of the approved cooling mechanisms for processors. The fans in computers gather cool air from the ambient and expel the warm air outside. They also aid the working of heat sinks by distributing air across them. Here, we discuss two types of cooling fans—Pulse Width Modulated (PWM) fans and DC fans. 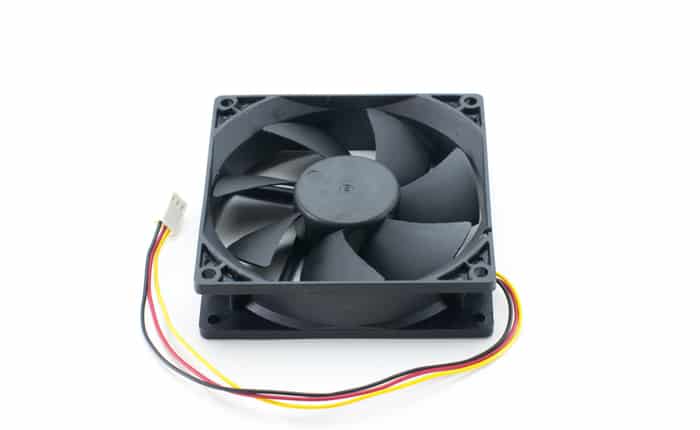 PWM vs. DC Fans in Computers

When you are working on a laptop, you might observe variations in the heat produced. This variation in heat dissipation often leads to questions on cooling fans and their speed. When the laptop’s heat is less, there is not much need to run the fan at full speed. However, if the laptop is extremely hot, the computer might even need additional fans. The speed control of cooling fans is a much-debated topic and PWM fans and DC fans are the most frequently discussed solutions.

Generally, DC fans are used as chassis fans with low power consumption. They are supplied with DC power. These fans are also called 3-pin fans, as they come with 3 pins. The 3 pins are the supply pin (usually 12 V DC), ground pin, and a signal pin.  In DC fans, the power supply can be from a regulated DC source or from the motherboard header pins. The signal pin collects the information about the rotation speed of the fan (tachometer output) even when there is no speed control implemented. Some computers monitor the signal pin and signal an alert when the fan operation fails. 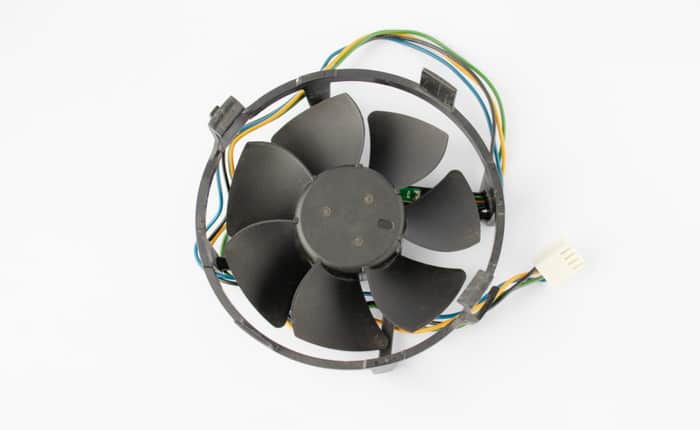 If you want to vary the speed of DC fans, the only option is to vary the input DC supply. The DC power supply can be reduced below 12 V for lower speeds. There are still limitations in the percentage decrease in the speed of DC fans. All the DC fans are specified with a minimum threshold voltage rating; if the voltage falls below the threshold, the fan starts to stall. For continuous spinning motion, this minimum voltage needs to be supplied.

DC voltage control is the method to vary DC fan speed and this can be implemented by incorporating resistances in the supply wire. The voltage drop across the series resistor reduces the voltage reaching the fan supply pin, automatically slowing the speed of the fan. If the resistor connected is a variable one, the fan speed can be varied until it stalls at a minimum threshold voltage. Nowadays, standalone fan controllers with knobs are available for this type of DC fan speed control.

Pulse width modulation (PWM) fans are DC fans with an extra wire for PWM. PWM fans are 4-pin fans where the fourth wire sends a PWM signal to the fan motor. The PWM signal is the control input of the PWM fan. The control input is usually an open-drain or open-collector output with a 5 V or 3.3 V pull-up. The PWM control signals are square waves of high frequency, usually 25kHz or above, to make the noise from the fan above the audible human range. The PWM signal can start or stop the motor, depending on the high and low state of it. When the PWM signal is high, the motor runs, otherwise, the motor is stationary.

The duty cycle of the PWM signal controls the speed of the fan motor. The motor will be supplied with 12 V throughout, however, the duty cycle of the PWM signal decides how long the fan should be running or not. A duty cycle of 40% keeps the fan on for 40% of the total time period of the PWM signal, and the other 60% of the time it will remain off. The speed variation of cooling fans is within 30-100% of the rated speed, with the PWM technique and the minimum speed achieved by PWM fans being much lower than DC fans. The chassis and CPU temperature are the two factors that influence the speed of the cooling fans. The new technology advancements have brought firmware and software controlled PWM fans, where the speed is controlled according to the CPU or case temperature. The PWM fans are commonly seen as CPU coolers with higher power consumption.

If you want to implement PWM fans or DC fans to control the speed of your computer’s cooling fan, the PCB Design and Analysis tools from Cadence can help. OrCAD software from Cadence can give you a wider outlook on DC voltage control or duty cycle control. If you’re looking to learn more about how Cadence has the solution for you, talk to us and our team of experts. To watch videos about related topics or see what's new with our suite of design and analysis tools, subscribe to our YouTube channel.