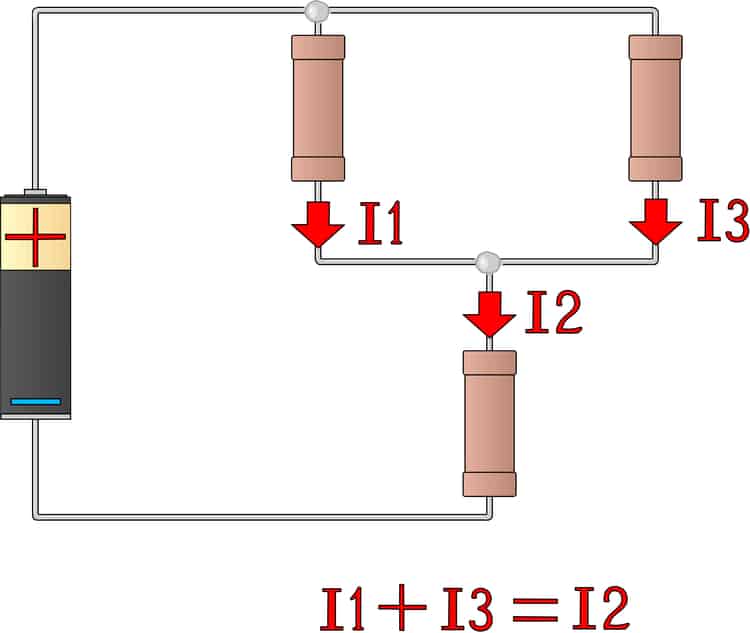 There’s a rule about taking a power nap. It has to be 20 minutes to be perfect and any nap that goes beyond the 40 minutes mark is likely to leave you groggy. That’s the golden rule to prevent a power nap from robbing you an entire day of productivity.

Unfortunately, I flouted that rule often and it’s how I find myself trying to explain the Kirchoff’s junction rule in a rather foggy state of mind. Thankfully, I’m still aware of what Kirchhoff’s junction rule is all about, and more importantly, the implication it has in electronics design.

What is Kirchhoff's Junction Rule?

In the simplest form, an electronic circuit has a single conducting path. Textbook examples of electronic circuits usually involve a battery, resistor, and a light bulb. A simple circuit is easy to explain basic electric theories for beginners. As far as the current is concerned, there isn’t much choice, except for the single conductor that it flows.

In real applications, electronic circuits are more complex. A single conductor will split into multiple branches, which then could split into more traces along the way. However, these subcircuits eventually merge into one at the power source.

Kirchhoff’s junction rule relates to how current behaves when the conductor branches into multiple paths or when the different paths merge. The point where the paths separate or merge is referred to as a ‘node’. 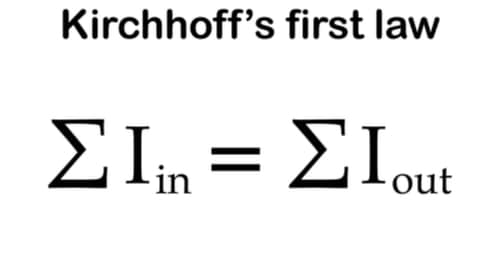 According to Kirchhoff's junction rule, the sum current entering a node is equal to the sum of current leaving the same node. It is based on the principle that current will never suffer a loss as it traverses through a closed circuit. This law is also known as Kirchhoff’s first law.

Why Does Kirchhoff's Junction Rule Matter? 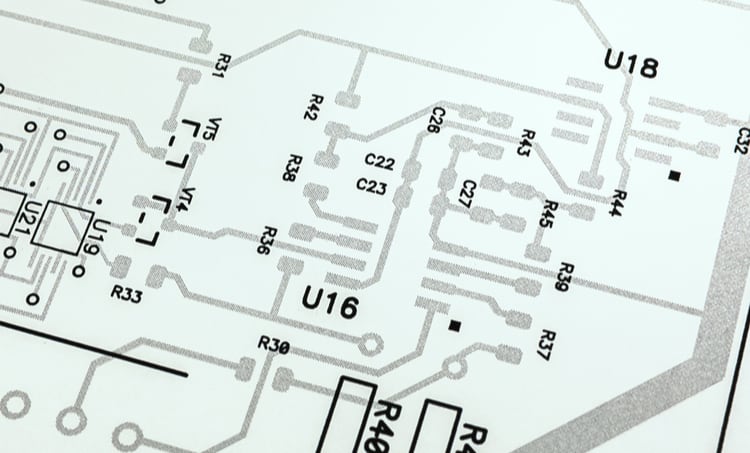 The Kirchhoff’s junction rule states that current in equals current out. However, the real implications go beyond the simple formula. It is about knowing where and how much current passes through each pathway in a circuit.

It’s a mistake to ignore Kirchhoff’s junction rule in PCB design, especially the more detailed part of it. If you’re assuming that the current in each of the pathways is insignificant, you’re taking careless and unnecessary risks. While the current does indeed adds up in the end, it splits up according to the path of lesser resistance.

If you have a circuit that deals with high-power components, such as power transistors or an array of LEDs, the current leading to such components will be considerably higher. Knowing that the current splits at a junction and the possibility of high current flowing in the multiple pathways help to prevent thermal spots by using a sufficiently large PCB trace. Else, you could be having issues like PCB traces overheating and breaking off as they couldn’t withstand the large current flowing in from the node.

Kirchhoff’s junction rule will also come in handy when you’re designing with multiple batteries in parallel. The rule helps to determine what’s the amount current derived from each battery, assuming they are all equal. Such details are helpful in determining the number of batteries needed vs. the projected durability of each.

How to calculate the current that passes through each node?

If you’ve got a simple circuit as above, it doesn’t take much to figure out the current that passes through each node. Applying Ohm’s Law of V=IR for the known values of battery voltage and the resistors does the trick.

However, calculating the precise current that flows through a complex circuit will be a more arduous task. It isn’t wise spending hours (or days), running through the formula for every node armed with a calculator.

You’ve got to be smarter when calculating current passing through each of the nodes and that means using a suite of PCB design and analysis tools. OrCAD PCB Designer, in tandem with PSpice, allows simulation on the circuit and returns the projected current on each node.