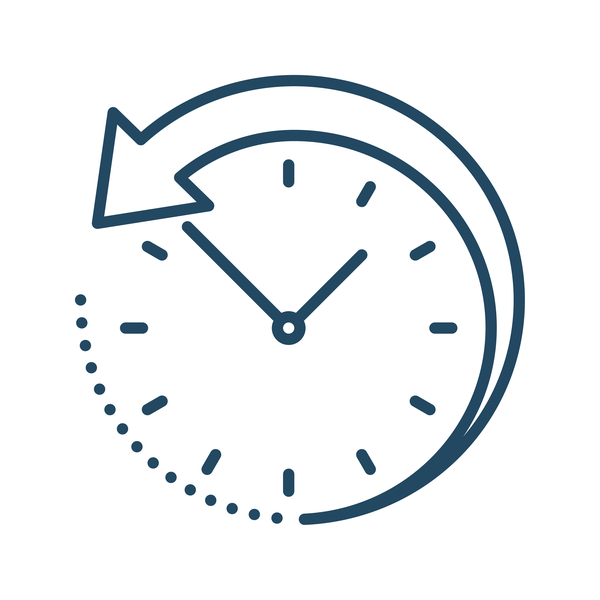 Most people recognize the name of H.G. Wells but few can say what Edward Page Mitchell accomplished. Regardless of his name recognition, Edward Page Mitchell has a place in history as the first author to write about a machine that enabled time travel. In Mitchell’s short story “The Clock That Went Backward,” a professor and two cousins not only encounter a grandfather clock that causes time to flow backwards but also become subject to a time paradox.

If we could take a time machine and travel back to our entry into the world of electronics, we might choose to stop at inductive circuits. While inductors are passive circuit elements, the components provide a very necessary function by storing energy in a magnetic field adjacent to the coils of the inductor. Because of that functionality, inductors work within LC tank circuits that assist with processing radio frequency (RF) and intermediate frequency (IF) signals. Inductors also couple IF amplifier inter-stages in receivers and serve as a load impedance for RF amplifiers.

As we consider those applications, let’s step back for a moment and review a few basic principles that affect the operation of inductive circuits.

When we study inductive circuits, we can use Kirchoff’s Voltage and Current Laws (KVL and KCL) to analyze closed loop behavior in AC circuits. Since the laws apply at any instant of time in an AC circuit if we account for the voltage and current magnitudes as well as phase relationships, we can express those as instantaneous equations or:

For sinusoidal voltages in phasor form, the phasor sum of all voltages around a closed loop equals zero.

Let’s go a step further with the basic principles. When we place inductors in series and in parallel, we can find an equivalent inductance. In the following parallel combination of inductors, the same voltage applies across all the inductors.

Using Kirchhoff's Voltage Law around the loop, we see that a series combination of inductors combines the same as resistors in series or:

We can use a simple RLC circuit, an applied sinusoidal voltage, and Kirchoff’s Voltage Law to illustrate the behavior of the circuit. 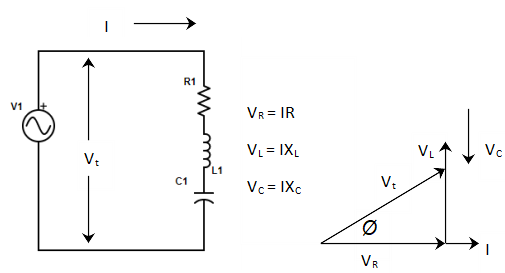 The voltage across the resistor equals the product of the current multiplied by the resistance (IR) and remains in phase with the current. Because the circuit has a combination of resistance and reactance, the total opposition to current is the impedance (Z). Impedance is a ratio of the phasor values of volts to the phasor value of amperes and measures in ohms or:

with V and I representing the phasor values.

The total impedance or Zt equals:

Xt represents the total reactance. As we analyze circuits, we express a phasor as the sum of horizontal and vertical components. To distinguish between the components, the symbol j signifies the vertical component. The j operator--or multiplying factor--used in the equation indicates that the phasor quantity rotates through a 90o counterclockwise rotation.

Utilizing the suite of design and analysis tools lets you not only consider the basics for working within inductive circuits, but also any advanced simulation, calculation, or layout necessary. Allegro PCB designer is more than just a swiss army knife of layout tools, it’s waiting to unlock an entire world of design capabilities for you.