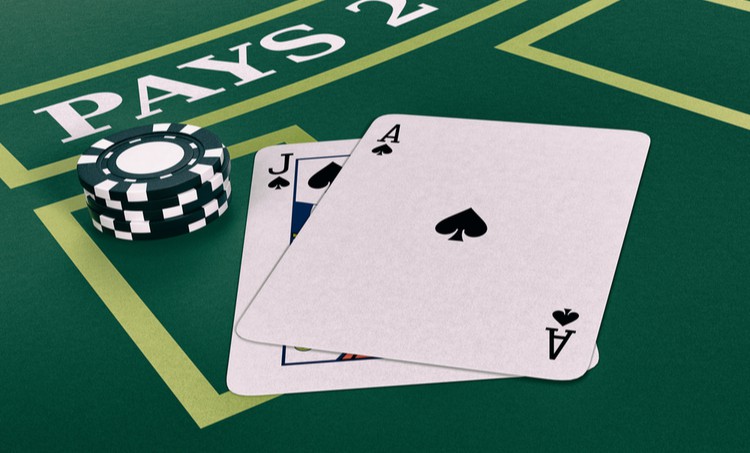 Both cards and electronic components can be measured by the same area of mathematics.

Whether you’re trying your hand at circuit design or blackjack, you’re governed by the laws of probability. Random draws from a deck of cards and random components selected from a tape-and-reel can be analyzed with the same area of mathematics: probability theory. Within probability theory, there are many techniques to extract expected values of observed quantities in the presence of randomness. One very powerful technique is known as Monte Carlo simulation, which is where a system is created and simulated repeatedly to generate expected results for a system.

As part of circuit design and analysis, this computationally powerful technique gives designers a way to examine how component tolerances affect a design in terms of electrical behavior. Because Monte Carlo tolerance analysis is a simple technique, it is present in some circuit simulators. Here’s how this technique works and how you can use it to examine variations in electrical behavior.

What Is Monte Carlo Tolerance Analysis in Circuit Design?

With this definition, we can use the following process to perform Monte Carlo tolerance analysis:

This method is a very simple way to generate results for a massive number of possible component values within specified tolerances. This method can also be used with nonlinear circuits as you’re simply using standard SPICE simulations to calculate results for each randomly generated circuit. To see how Monte Carlo tolerance analysis results can be generated and further analyzed, it helps to look at a simple example.

A parallel RLC circuit (resistor, capacitor, and inductor all in parallel with a voltage source) is a simple LTI circuit with resonance, as long as the resistor value is small enough (i.e., the transient response is underdamped). To see how tolerances can affect the resonant frequency, consider a simple situation where we have a parallel RLC circuit with the following component values:

Here, we’ve taken the tolerances to be covered up to the 99th percentile, so zp = 2.576 in the above standard deviation formula. The graph below shows how Monte Carlo tolerance analysis results can be visualized. Random draws for component values were simulated using the Box-Muller transformation, and the impedance of the parallel RLC circuit was calculated for each generation. The results from 22 Monte Carlo simulations are shown below. 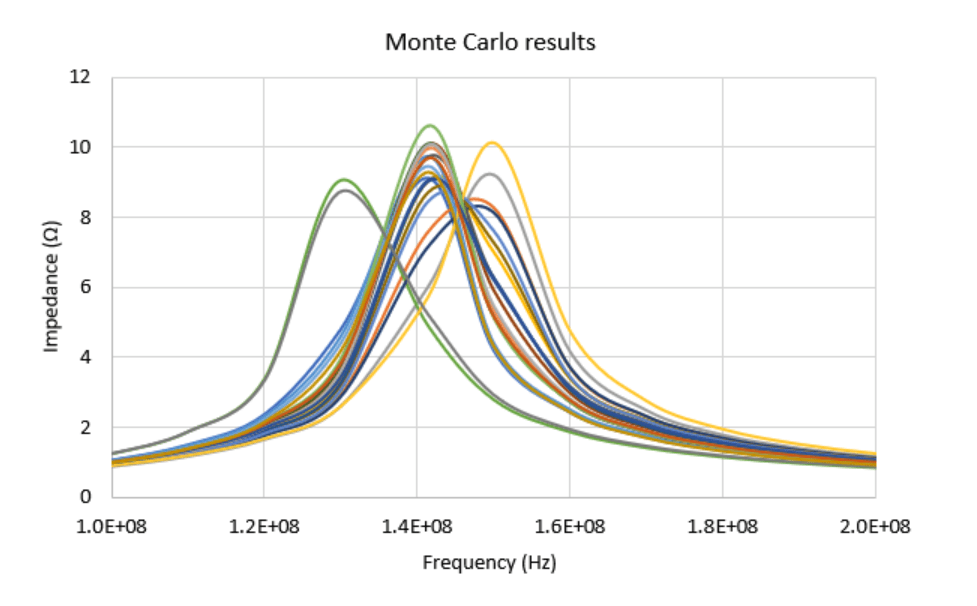 From this graph, we see significant variation in the resonant frequency (up to 20 MHz variation, or over 10% of the nominal 141 MHz resonant frequency) even with only 5% tolerance up to the 99% quantile. As a result, the impedance at the desired 141 MHz resonance has significant variation. This occurs because our nominal 5% tolerances add together in quadrature, so the total impedance tolerance in the circuit can reach far beyond 5%. This may be unacceptable in many applications that require high precision, such as in RF circuits.

Instead of writing out your own scripts for performing Monte Carlo tolerance analysis, the best SPICE-based circuit simulator will include these analysis features. This gives a simple way to perform Monte Carlo tolerance analysis for a very large circuit, rather than doing all the statistical calculations by hand. Most circuit simulators do not include these types of features, leaving you to learn statistical programming on your own.

When you want to perform Monte Carlo tolerance analysis directly from your circuit schematics, try using the industry’s best PCB layout and design software with a complete set of analysis tools. With the PSpice Simulator package, you can build circuits, run a variety of simulations, and easily move on to create your PCB layout. You’ll also have access to advanced design verification tools and field solver utilities to analyze the behavior of advanced electronics.