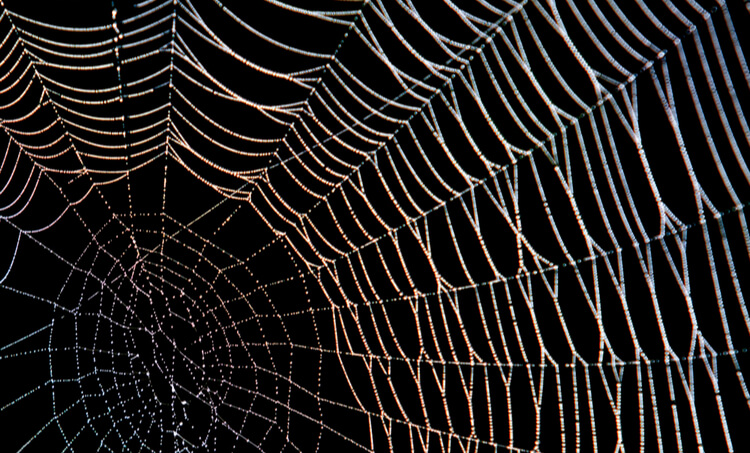 The toughness and elasticity of spider silk inspired new types of fibers for 3D printing.

Toughness defines the ability of a material to withstand the energy needed to fracture the material. While many people fear spiders, the silk that spiders weave has a more positive reputation for being impressively tough and elastic. The spider silk that forms the capture threads of a web can stretch 270% beyond its original length as the web absorbs the impact of prey hitting the web.

The qualities of spider silk have generated interest in using the lightweight, biodegradable fibers for clothing, in medical devices, and as part of cosmetics. Spider silk has also inspired the introduction of new types of fibers for 3D printing. Researchers have extruded a thermotropic liquid crystal polymer from a 3D printer using the fused filament fabrication process. The polymer has structures reinforced in the direction of the applied mechanical load. As a result, the material has the same outstanding stiffness, toughness, and strength of spider silk. 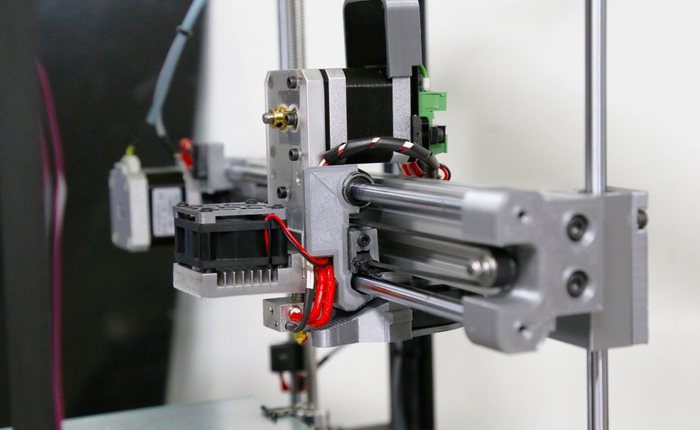 The type of thermoplastic used for Fused Filament Fabrication varies with the type of printer.

The distribution of those layers depends on the extrusion process. Extrusion occurs through pulling in solid thermoplastics, heating the materials to the melting point, and then pushing the melted material through a die that produces the proper diameter of the melted filament. Fused filament fabrication printers rely on a continuous filament of material that feeds through an extruder, or a table that moves vertically and horizontally.

The extruders found on 3D printers push the liquid, or semi-liquid material, out and deposit it in uniform layers. Additionally, the extruder deposits a bonding agent that helps solidify the material. All of this occurs according to CAD models that determine the texture, size, 3D coordinates, and other information needed to produce a 3D object. The software to produce the CAD models used for fused filament fabrication uses data that corresponds to layers of the 3D model, and then provides the calculations that drive the 3D printer extruder as it builds a cross-sectional profile of the object.

Extrusion begins with solid thermoplastic feeding into a chamber. Mechanisms that include a stepper motor, gearing, and guides drive the filament towards the hot end of the extruder. Once the software has completed the calculations, a heater within the printer melts thermoplastic. A small stepper motor within the extruder pushes the melted thermoplastic through a nozzle and onto a build platform precisely along the path calculated by the software. The thickness of each layer can vary from 0.1 mm to 0.5 mm and depends on the type of printer and extruder. 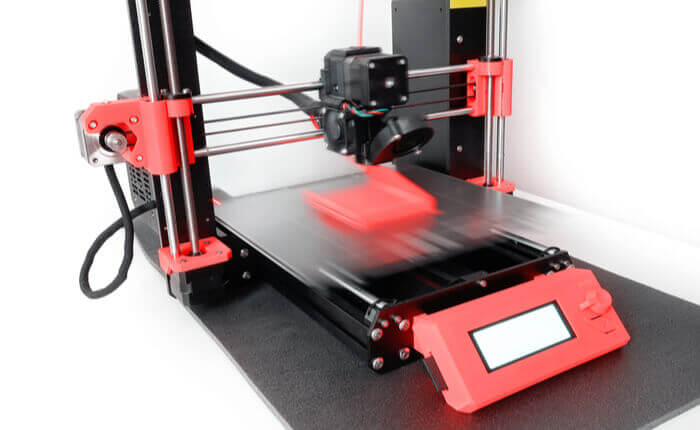 The wall thickness control specifies the number of shells used to form the wall of the model. In addition to layer and wall thickness, an operator can also control the infill—or internal structure—of the model. The infill control sets the amount of material used to fill the model. With the support control, an operator can build support structures that print as part of the model and prevent the hot model from sagging. Operators can remove the support structures after printing.

Fused filament fabrication provides many benefits to simplify the 3D printing process, including uniformity and operator control when printing. To see more about this technique, or search components for your latest project, visit the PCB Design and Analysis overview page. Allegro PCB Designer offers the latest information and products to maintain excellence in all your design projects.