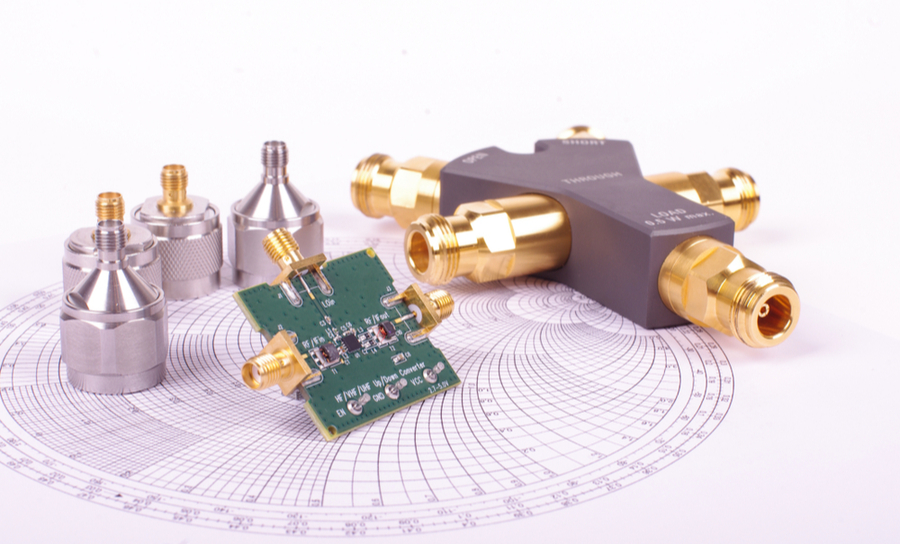 Every time I hear the word mixer, it brings back memories of captivating the crowd (small) with my skills as a DJ. One of the first frequency-oriented devices that captured my attention was the equalizer. However, back then, it was all about hand to eye coordination in pursuit of that perfect equalization setting. Even then, using devices like mixers, 808’s, amplifiers, and turntables, combining frequencies to create a new, and hopefully, better sound was fascinating.

So much so, that it prompted me to join the High School Marching band as well. As time progressed, I found my love of audio and frequency control unwavering, which lead me to become an audiophile. Overall, even in the earliest stages of human development, our species was captivated by the various frequencies and how combining the correct ones in the proper sequence can produce musical pieces like my favorite Beethoven’s 5th Symphony.

In the field of electronics, there are, of course, amplifiers, stereo mixers, and turntables, but there are also other devices that provide a more focused and accurate mixing of frequencies. These devices are called Frequency Mixers, and they are in use in what we call Frequency Mixer Circuits. Also, devices of this nature are in use in various applications, and over the next several paragraphs, I will discuss their applicational methods and functionality.

What is a Frequency Mixer?

In general, mixers, as a whole, are in use to shift signals from one frequency range to another, and this process is called heterodyning. The overall need for heterodyning is to alleviate transmission inconvenience or for additional signal processing. For example, a vital component of a superheterodyne receiver is a mixer and its use centers around moving received signals to a standard, intermediate frequency (IF). Moreover, frequency mixers are in use to modulate a carrier signal in radio transmitters as well.

A superheterodyne receiver, or superhet, is a type of radio receiver that uses frequency mixing to convert an applied signal to a fixed IF, which makes the signal more convenient to process than the initially applied frequency.

What are the Types of Frequency Mixers?

In summary, the crucial characteristic of a frequency mixer is to produce a component in its output, which is the result of the two applied signals. Furthermore, an electronic device that possesses a non-linear characteristic can function as a mixer. Moreover, passive mixers use a single or even multiple diodes and utilize their non-linear relationship between voltage and current, to provide the multiplying functionality. Also, with a passive mixer, the preferred output signal is always of lesser power than the input signals.

However, active mixers utilize an amplifying device, for example, a transistor to increase the overall strength of the product signal. In the case of active mixers, they improve isolation between the ports, but the trade-offs include higher noise and less efficiency in terms of power consumption.  Furthermore, an active mixer has the characterization of being less tolerant of overloads.

The following are the three types of frequency mixer topologies.

A double-balanced mixer is generally more complex and requires a higher drive level than the unbalanced and single balanced designs. Also, your selection of a mixer topology type always includes a trade-off for a particular or given application. 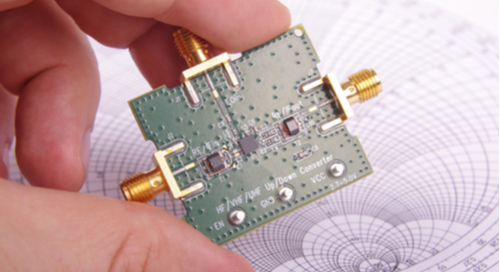 All frequency mixer circuit characterizations include their properties such as conversion gain, conversion loss, and noise figure.

Furthermore, nonlinear electronic components that are in use as mixers include transistors biased near their cutoff, diodes, transistors at lower frequencies, and analog multipliers. Even Ferromagnetic-core inductors driven into saturation are also in use as frequency mixer circuits. In terms of nonlinear optics, there are crystals with nonlinear characteristics in use to mix two frequencies of laser light to create what is called optical heterodynes.

Now, let's take a closer look at the diode, one of the previously mentioned components in use as a frequency mixer. The diode can be used to create an unbalanced mixer, albeit a simple one. This frequency mixer type can generate the original frequency as well as their difference and their sum. What makes the diode uniquely suited for the task is its non-ohmic behavior, which means it does not follow Ohm's law, i.e., its resistance is not constant. Furthermore, the aptly suited diode does not reproduce the frequency of its driving voltage in the current through it, which affords it preferred frequency manipulation.

What are Other Forms of Frequency Mixer Functionality?

I have already mentioned the various components and topology types of frequency mixers, but there is one other functional way to achieve the same result, and that is by switching. A frequency mixer that functions through switching uses a smaller input signal and passes it either inverted or non-inverted per the phase of the LO. Furthermore, operationally, this is the equivalent to a packaged double-balanced mixer, since the LO drive is significantly higher than the signal amplitude.

The overall advantage of a switching mixer is the fact that it can provide a more substantial conversion gain and a lower noise figure (NF), with greater efficiency. Furthermore, this functionality is due to the switching transistor or diode's ability to operate either like a small resistor (when the switch is closed) or a large resistor (when the switch is open) and while allowing minimal noise, in either case. In regards to circuit assessment, it is possible to use many of the multiplying mixers in the field of electronics that we see today, as switching mixers, by merely increasing the local oscillator amplitude. 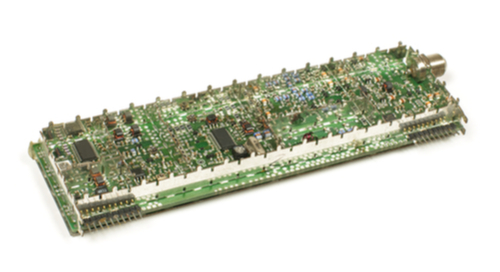 Managing frequency mixer circuits can be a fun and creative challenge for design and signal engineers.

Work toward all of your signal needs with Cadence’s suite of design and analysis tools. When working on frequency mixer circuits specifically, Allegro works with you for layout, can augment your analysis and simulation process, and allows for real-time design collaboration.