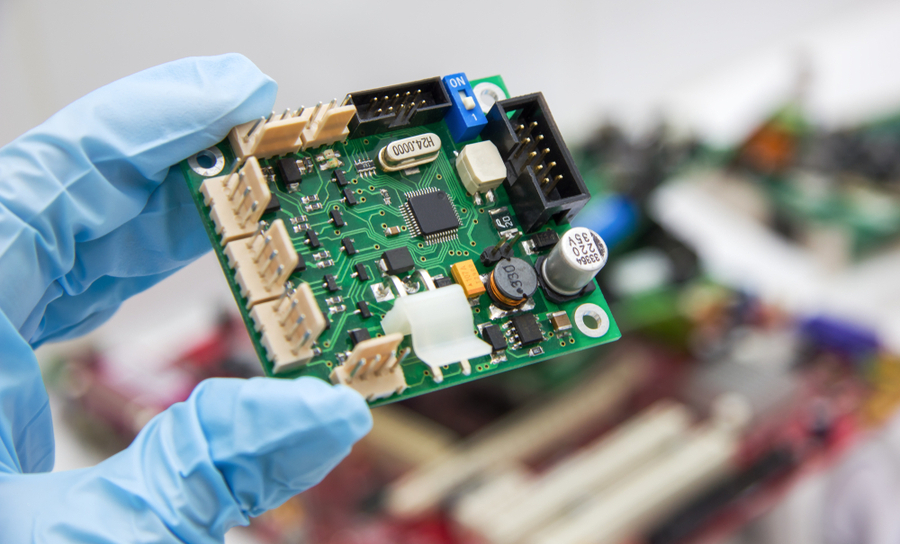 Packing for any kind of trip always makes me aware of how poorly I’ve learned how to maximize space anywhere aside from a circuit board. I swear I can only pack three outfits in a suitcase, whereas I always see travel blogs or other writings gloating about how one has fit three pairs of shoes, eight outfits, and every accessory necessary in a smaller suitcase than mine.

Thankfully, my inability to fit items in a limited space doesn’t carry over to PCB design. At least, not when I’ve learned that vias can be life-savers when you have to squeeze in hundreds of components in a space-constrained PCB. Routing with vias is an important skill as the demand for smaller electronics is ever-growing.

Technically, a via is a plated hole that connects copper traces between various PCB layers. Vias are what make multilayer PCBs routing possible. To make a via, the manufacturer drills a hold on the PCB on the spot where two or more traces overlap. The hole then goes through an electroplating process to make it conductive.

When vias are mentioned, the common picture is one that connects all the layers between the top and bottom of the PCB or through-hole vias. While most PCB designers are familiar with through-hole vias, there are other types of vias that can be handy in design. 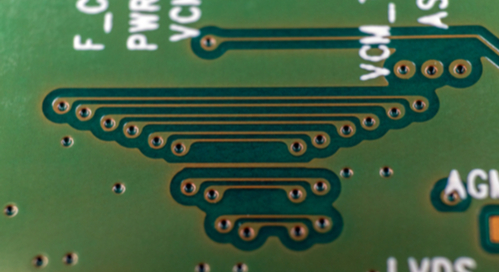 Decide the type of vias to use.

Blind vias are a type of via that starts from the outer layer but ends in one of the middle layers. Only one part of the via can be seen on the PCB. Buried vias start and end between the inner layers of the PCB. Both blind and buried vias offer more space for routing and are favorable for HDI PCBs.

Vias are usually drilled with machines, and therefore, there’s a limit in how small they can get. Laser-drilled vias or micro vias have much smaller dimensions and is a popular approach in high-density designs.

Useful Tips When Routing With Vias

It’s hard to imagine what could go wrong when you’re routing with vias on the PCB. The thoughts of how vias free up routing space often make designers use them unsparingly. While most vias are helpful most of the time, there are situations where using vias may lead to design issues.

The rule of thumb with differential pair signals is that both traces need to be equal in length to prevent differential skew. A different skew is a phenomenon where one signal arrives earlier than the other to the receiver.

Therefore, if one of the signals is routed with a via, the other must also go through a via to ensure that both signals remain similar in length.

Like signal traces, vias introduce inductance and capacitance to the circuit. In signals with lower frequencies, such characteristics are often negligible. However, placing vias on high-speed traces can alter the impedance and affect signal integrity. It’s advisable to avoid using vias on high-speed signals. 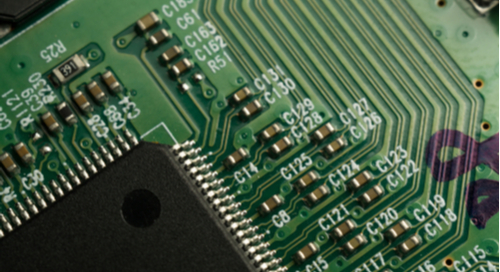 You’ll also need to be wary of via stub, where a portion of the drilled via is unused. Via stubs exist when signals are routed from an outer layer to the middle layer, leaving the remaining section acting as an antenna. Via stubs may degrade the signal traveling on the trace itself. To prevent via stubs, back drilling is performed to remove the unused copper section on the via.

What Is The Right Via Size?

Logically, smaller vias mean you’ll have more space for the traces. However, via size is dependent on the manufacturer’s capability and if the trace is handling high current. Vias on voltage supply traces need to be sufficient to handle the current passing through. Most manufacturers will have a limitation of 10 mils to 12 mils for mechanical vias. However, laser-drilled micro vias have a diameter of 6 mils or smaller.

Within the suite of design and analysis tools from Cadence is an array of useful tools working together to ensure the integrity and reliability of your designs. As via sizes are as important as the traces itself, you should be using a PCB software like OrCAD PCB Designer that allows you to change the parameter easily.