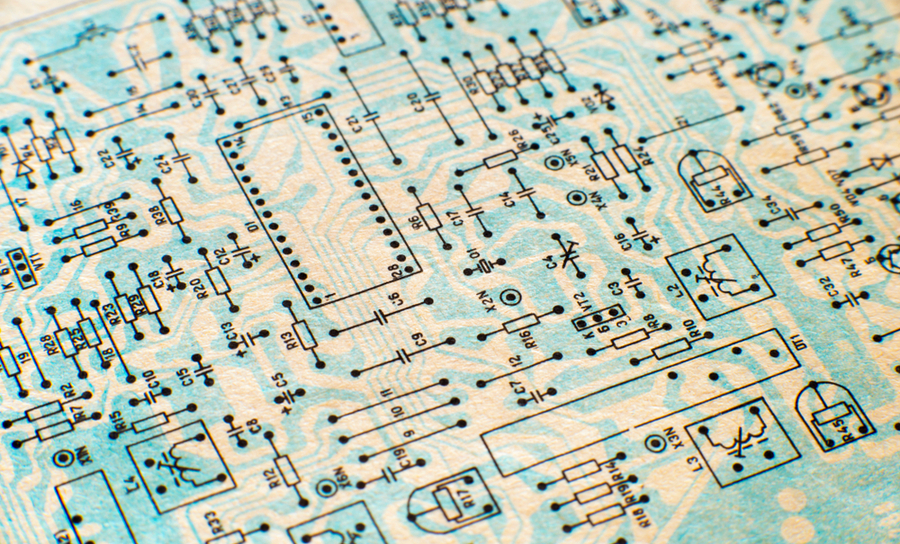 The first electrical system for Model T Ford automobiles consisted of an internal magneto coil and magnet system attached to the engine flywheel. The magneto supplied current for four ignition coils. With each of the coils connected to a cylinder, the combination of coil and cylinder created a significant spark at the spark plug. A commutator mounted on the end of the camshaft on the front engine grounded each coil at the correct time. Then, collapsing the coil field triggered a discharge from the coil.

When we fast-forward from the Model T to next-generation automobiles, the contrast in electrical system complexity and the application of electronic devices inspires awe. Car and truck drivers now access standard safety, entertainment, electronic controls, and geo-location devices-- interconnected through sensors, actuators, and software--that seemed unbelievable a few decades ago. Current automobile systems transfer a whopping 1.5 GB of data per day and require a mix of power distribution systems, advanced communication protocols, message prioritization, and redundancy for error checking.

Beyond just bad alternator diodes, what other points are vulnerable within automotive electrical systems, and what do designers need to keep in mind for interactivity and reliability?

Rather than use point-to-point wiring systems, automotive designs rely on in-vehicle networks that include the Controller Area Network (CAN), Ethernet, Flexray, and the Local Interconnect Network (LIN). In addition, electronic systems rely on protocols such as the Media Oriented Systems Transport (MOST) that includes Ethernet Audio Video Bridging (Ethernet AVB), and Ethernet Time-Sensitive Networking (Ethernet TSN).

Automotive microcontrollers and other embedded intelligent devices communicate in real-time through the CAN Bus backbone. The CAN Bus consists of two-wire, half duplex high speed serial network technologies to transport large amounts of data and to provide the short reaction times, error detection, error recovery, and error solutions needed for safety systems, brake control, and dashboard controls.

There are many systems at work to make any car running smoothly and comfortably.

This is Not an Alternate Reality

Despite all the technological advances, all the electronic systems in an automobile that relies on an internal combustion engine still connect to a battery and an alternator. Regardless of the battery type, rechargeable automotive batteries convert chemical energy into electrical energy and deliver voltage to the vehicle starter. The battery also stabilizes the voltage so that the engine keeps running.

Every alternator includes a stator winding and a rotor winding. As the rotor rotates, it produces a magnetic field that induces AC electric current in the stationary stator winding. The charging output from the alternator flows through six diodes mounted in a rectifier assembly that convert the AC current into DC current for use by the electrical system. Referring to the schematic diagram, each set of two diodes connects to one of the three windings of the alternator. The three diodes shown as the diode trio pass current coming from the three stator windings to the system warning lamp.

A potential layout of alternators within a circuit.

This Will Only Take a Second

Every alternator works under load while generating electricity.  Because of the substantial load handled by the alternator, the rectifier diodes fail because of overheating, overloading or because of poor connection between the alternator output and the battery positive terminal. Leaky or shorted alternator diodes can cause rapid changes in the output voltage of the charging system. In addition, bad diodes can also allow current to leak from the battery back through the alternator to ground.

AC current leaking into the electrical system creates electrical noise that couples into circuits and distorts the signals traveling through the electrical system. Because the advanced technologies found in late-model automobiles and trucks rely on low-current supplies and operate at fast speeds, those circuits have a higher susceptibility to AC ripple problems. Lower signal voltages within those circuits translate into less tolerance for noise voltage. Without clean power, modules can reset, trigger, or react oddly to sensor readings.

When using an oscilloscope to check for failed alternator diodes, check for long, downward tails that appear at regular intervals in the trace. Working diodes should display as a picket fence pattern seen in the first waveform. A known good waveform has an average voltage that centers at approximately 0 volts and a continuous series of ripples that have a consistent amplitude. Missing ripples, excessive ripple, the presence of tails, spikes, or other irregular patterns as seen in the second waveform indicate that a diode or several diodes have failed.

Showing the ripple effect within a waveform.

A failed alternator diode can also broadcast electromagnetic interference throughout the electrical system. EMI can generate false sensor readings, trigger ignition systems, or cause failures in systems and circuits—such as keyless entry circuits—that depend on radio frequency signals for normal operation.

Along with the problem of AC current leaking into the electrical system, leaky or shorted diodes can also introduce momentary transients into the system. Without protection, the transients travel along the power line and cause electronic devices to either malfunction or fail. To comply with the ISO-7637-2 standard that covers surge pulse conditions and to protect the CAN and LIN buses from transient voltage events, automotive manufactures use bi-directional transient voltage suppression (TVS) diodes.

To eliminate the opportunities for ac ripple in automotive electrical systems, manufacturers have designed new alternators that use advanced field effect transistors rather than diodes. Labeled as “Active Integrated Rectifier Regulators,” the FET-based rectifiers switch current flow between two paths instead of allowing current to flow only in fixed directions. The new alternator designs provide better performance, improved reliability, and more efficiency. Other designs have integrated the starter and alternator into one package called the Integrated Starter/Alternator Devices or ISADs to achieve greater electrical generation capacity and improved fuel economy.

With the suite of design tools and analysis options from Cadence, you are sure to make any design vulnerability or difficulty, even tricky automotive systems, a breeze. And nothing gets you more quickly into layout with confidence than OrCAD PCB Designer. You’ll be certain to have all the tools necessary to place, route, develop your libraries, check your designs, and finalize them to go into production.