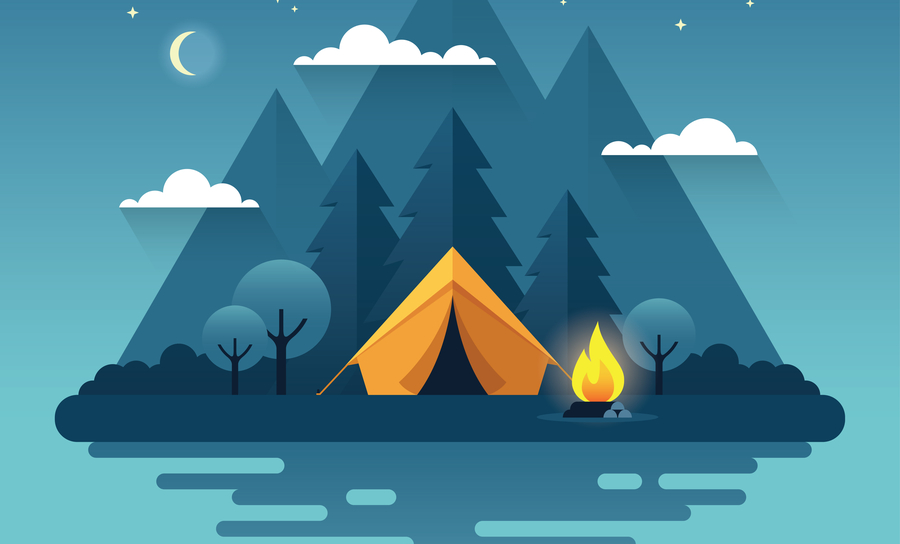 Pre-school kids love the idea of camping out, but, of course, have no concept of what “camping out” means. After all, anything that they read shows any type of animal as friendly. The next best thing to “camping out” is purchasing one of those big box store multi-colored kid-sized tents that have the cool tunnels coming out of one side and that consume most of the free space in any living area. These tents give the extra added bonus of allowing a dad or mom to become one of those friendly outdoor animals that sometimes bangs and pokes on the outside of the tent. Pre-school laughter and screams take over.

Tents in the world of PCB design shouldn’t make you or your design team laugh or scream.

Vias connect multiple layers on a PCB to one another and ensure that electrical continuity exists. For PCB design, via tenting signifies that a dry film solder mask or a liquid photo-imageable (LPI) solder mask—or a combination of dry film and LPI--covers the pad, enters the hole without completely closing the hole, and prevents oxidation, solder bridging, or scratches from damaging the PCB copper layers. With full via tenting, the solder mask establishes a physical barrier on both sides of the board by covering the annular ring and the via.

Two other versions of tenting protect in different ways. Partial tenting leaves the hole exposed but covers the annular ring with the solder mask. If your design includes high current traces or requires heat dissipation in a particular area, partial tenting allows minimum hole-to-hole clearance. Single side via tenting covers the annular ring and the via but only the component side of a board. PCB design teams may choose to use single side via tenting for surface mount components.

The IPC (Association Connecting Electronics Industries) describes via tenting with the four designations shown in the following table.

To Tent or Not to Tent

Via tenting reduces the number of exposed conductive pads on the surface of the PCB. Having the tents in place reduces the opportunity for solder bridging that can occur during the board assembly process. As a result, via tenting prevents solder from flowing into the via and onto the other side of the PCB during wave soldering. Tenting also reduces any paste migration away from surface mount pads and becomes especially helpful when arrays of pads are located close to vias.

With all the advantages seen with via tenting, one could conclude that no other options exist. However, problems can occur with tenting. In some instances, wet processing of a PCB allows the surface finish process or PCB cleaning solutions to become trapped in the via after full tenting. The liquids can evaporate and cause the via to break during any heating processes or can corrode the copper plating. To prevent this problem, fabricators use a pinhole in the center of the solder mask tent to allow the liquids to escape. 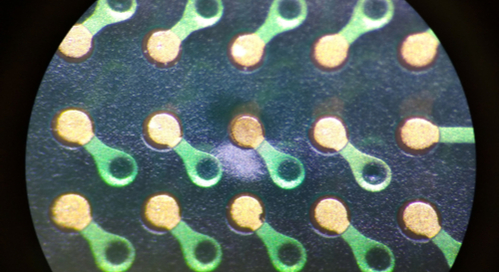 In others, the liquid solder mask does not cover a via that has a diameter larger than 12 mil and leaves an opening for flux and other chemicals that can corrode the via. Some manufacturers prefer to plate the inside surface of exposed larger vias found on the surface of a PCB. The plating protects the copper from damage. However, molten solder can pass out of the holes during wave soldering and create solder balls and solder splashes.

Starting the Via Tenting Process

The via tenting process begins with a note from the design team in either the readme file or the fabrication drawing. Having the fabrication note shows the fabricator that the design team has intentionally removed mask clearances from some of the vias. Most fabricators require the location, quantity, and size of holes designated for plugging. After drilling the via, the fabricator fills the via with non-conductive material. The next step of the process plates the plugged via with copper. Another process flattens and smooths the plated copper surface for conformity with other copper on the board. Then, the fabricator applies the final finish.

Using Cadence’s suite of design tools involves having trust that your layout and analysis process will yield not only a producible result, but also a product that is easily able to transition into production. OrCAD PCB Designer has been, for years, a strong option for layout in respect to design for manufacturing (DFM).