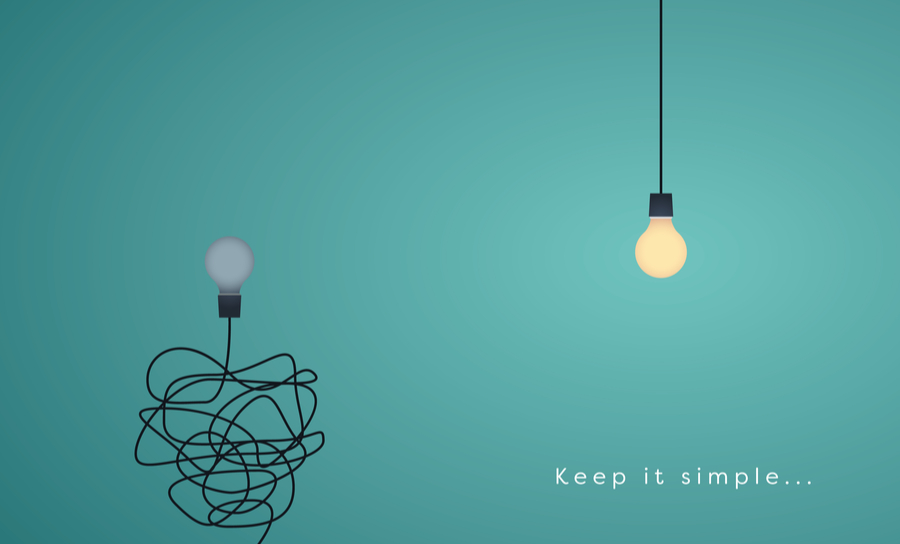 During my initial studies of electronic theory, one of my instructors talked about the K.I.S.S. principle. My mind instantly jumped to, “Wow—this is really interesting!” As most of you already know, however, the K.I.S.S. method has nothing to do with romantic thoughts.

Instead, Keep It Simple Stupid (K.I.S.S) refers to our need as troubleshooters and designers to simplify highly complex concepts. At that time in my career, simplifying anything seemed unlikely. Yet, the idea continues to resonate with me. If we keep things simple, others will find the design or product useful.

Thevenin’s Theorem tells us that one single voltage in series with a resistance connected across a load can replace any linear circuit that consists of several voltages and resistances. In this context, we are speaking about an electrical equivalent. A single voltage source and a single resistance in series with the source serves as the electrical equivalent to networks of voltage sources, current sources, and resistors.

Applications and Examples of Thevenin’s Theorem

Complicated system’s analysis can be made simpler by utilizing properly Thevenin’s theorem for series resistances and voltage to replace networks with their Thevenin’s equivalent.

Let’s think about everything that Thevenin says with his theory. One branch of the work as the load while the remaining part serves as a two terminal network that supplies the load. When we apply Thevenin’s Theorem, we:

When we examine the Thevenin equivalent circuit shown in figure one, we see a Thevenin-equivalent open circuit voltage (VTH). In addition, a Thevenin-equivalent source resistance (RTH) measures across A and B and looks in at the source. The phrase “looks in” tells us to view from the perspective of the current at the source. Applying a known voltage to the two nodes causes an amount of current to flow between the nodes through a slight impedance. As a result, we look in and see the amount of current that flows with the linear network independent sources deactivated. 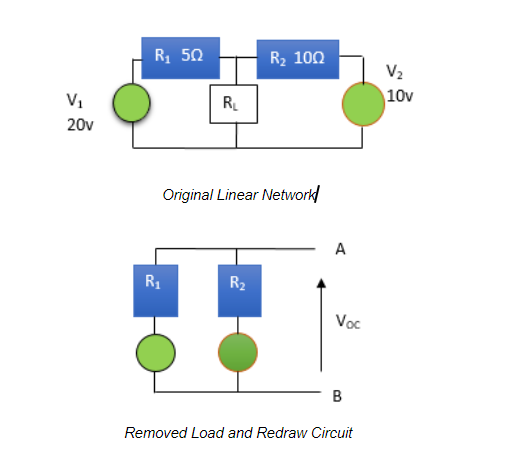 When we remove the load and redraw the circuit, VOC equals 10 volts plus the rise across the 10 ohm resistor. We can use a loop equation to find that VOC equals 16.67 volts.

Now, we can solve for the RTH value.

When we move to the final equivalent circuit, we can reinsert the load resistance and find that the load current equals 0.714 A or: 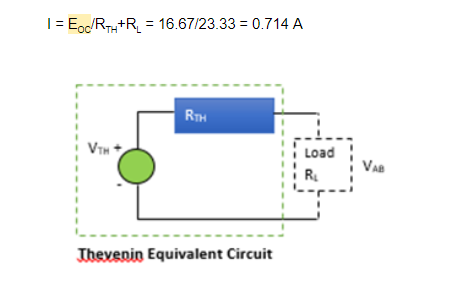 To accomplish impedance matching, you can use a Thevenin voltage divider. The Thevenin resistance (RTH) splits between R1 and R2 and equals the line impedance (ZO). 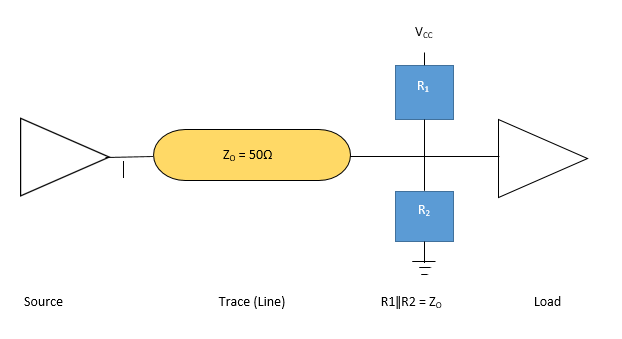 Although PSpice cannot directly calculate a Thevenin equivalent of a circuit, PSpice simulations capabilities assist with the rapid calculation by finding the open circuit voltage (VOC) and the short circuit current values (ISC). After building your circuit in PSpice, you can simulate a short circuit with a small resistance value and then replace the short circuit value with a larger value to obtain VOC.

Working through circuit analysis can be a bear to wrestle. When you’re thinking through what tools to utilize working through your circuit needs, though, you’ll find no better than those available within Cadence’s suite. OrCAD’s PSpice is capable of significant modeling and simulation while also boasting an over 34,000 model library.