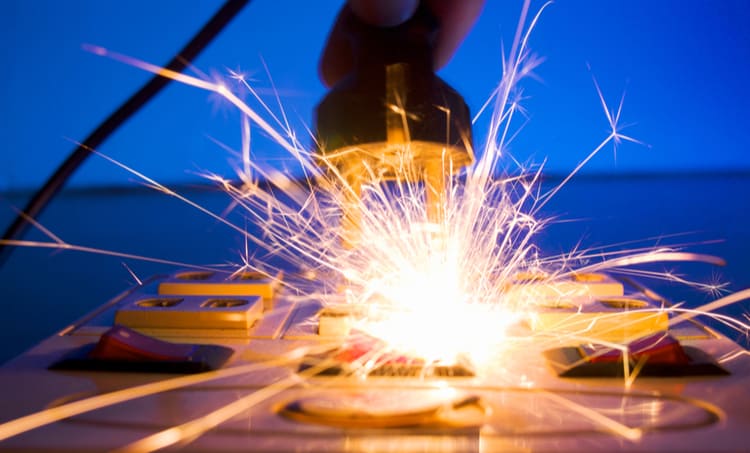 Reliability and protection are inter-connected terms in electrical systems. The reliability of a circuit or equipment is affected if service is halted due to compromised safety under circumstances such as faults, overvoltage, under-voltage, short circuits, and insulation failures. Protection schemes to monitor and ensure safeguards are used in electrical systems to avoid loss of equipment or poor performance due to fault conditions. If a quality protection system is in place, then a higher level of reliability can be achieved.

Part of protecting electrical and electronic systems against loss of service and environmental hazards includes following the standards and procedure recommendations set by regulatory commissions. Several standards by associations such as the Institute of Electrical and Electronics Engineers (IEEE), International Electrotechnical Commission (IEC), and the Comité International Spécial des Perturbations Radioélectriques (CISPR) are followed by device manufacturers. Electrical Fast Transient (EFT) testing is one such immunity standard used to test how electrical and electronic equipment operates under interference. EFT testing involves several tests to check the compatibility of a device with fast transients such as power line transients and electrostatic discharge.

EFTs commonly seen in electrical systems and equipment are generally high-frequency pulses caused by sparking. These sparks, or arcing, occur during circuit connection or disconnection from a power supply, switchgear operation, or when lines touch each other.

EFTs or burst events occur in power distribution lines when inductive loads such as relays or motors are de-energized; power factor correction equipment is a source of EFTs. EFT issues are also found in electric automotive systems, ethernets, and data lines.

In electrical systems, EFTs should be limited and, to a certain level, equipment must withstand the transients without any loss of operation. For this reason, EFT testing is critical to the industry, as it proves reliability, maintains quality, and ensures compliance with industry standards, including the most common EFT immunity test standard, IEC 61000-4-4 (issued by IEC).

IEC 61000-4-4 is under the Electromagnetic Compatibility (EMC) directive and is designed to test fast transients and burst events in electronic systems. This IEC test standard predefines stress levels in each type of line and, apart from the magnitude of stress, also specifies the duration.

The table below shows the allowed stress levels (peak amplitude) in voltage and current by  IEC-61000-4-4  standards for various electrical lines.

How to Set up an EFT Test

EFT testing can be conducted on both AC and DC power supply lines, signal, earth,  and control ports. This type of testing involves injecting EFTs or bursts of high-frequency pulses into the system, with delays in between. The length, frequency, and delay of the bursts depend on the standard recommendations being followed.

EFTs are applied at certain injection points in various methods of EFT testing. For example,  in signal/control ports with cable lengths of less than 3 m, the EFT is applied through a capacitive coupling clamp. The most common method is applying EFT through AC power cables—EFT pulses will be applied to both the line and neutral lines.

An EFT test set-up consists of the following:

a) Equipment under test (EUT)

To test AC or DC supply ports, a coupling and decoupling network is required in the test set-up. For signal, data, control, or I/O ports, a capacitive coupling clamp is used.

A coupling clamp enables fast coupling of EFTs to the EUT without galvanic connection to the terminals or shielding of the EUT parts. The GRP in the test set-up is connected to the protective earth.

Before proceeding to EFT testing, it is vital to confirm that the voltage difference between the protective earth and the neutral of the test generator is less than 1 V. The EUT should be stand-alone, and the practice is to mount the EUT on an insulating support. The GRP should extend outwards from the EUT placed on it by at least 100 mm in all directions.  A test generator is also placed on the GRP, and the earth connections are made.

The EUT is the only earthing connection allowed in EFT testing of electronic devices. The EUT must be isolated from other conductive structures by a distance of 500mm.  All the cables in the test set-up must be in the insulation support, and the length should be kept at 500mm, with a tolerance of ± 50mm. This is achieved by folding the cables in the shape of ‘8’ if the length is greater.

Once the EFT test is set up, the next four steps (below) should be followed to conduct the test.

The following steps should be followed when conducting an EFT test:

Manufacturers use EFT testing to improve the quality of their products and to maintain industry standards and compliance. If you are using a device made by an authorized manufacturer, then you can feel confident that it has gone through EFT testing, passed inspection, and complies with regulations.