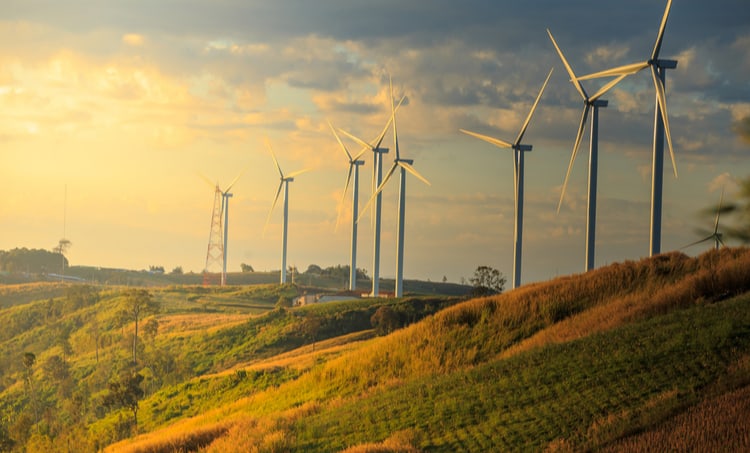 Post-Kyoto protocol, advancements in renewable energy-based power systems rapidly took place. Governing bodies introduced energy policies, incentives, and directives to support the integration of renewable sources into the conventional power grid. There was a steep growth in microgrid technology due to advantages such as reduced losses, increased efficiency, and improved stability of the distribution system. With the proliferation of renewable sources such as photovoltaic (PV) arrays and wind turbines in the power grid, the issue of electromagnetic interference started to appear and threaten the system. Electromagnetic interference in renewable energy-based power systems is of great concern due to its capacity to cause equipment malfunction, component failures, and increased losses. Let’s take a look at renewable energy sources and microgrids next.

Renewable energy sources are alternative energy sources for fossil fuel-based power generation systems. They are becoming a part of the modern electricity grid. Among the various renewable energy sources, such as solar energy, wind energy, hydro energy, tidal energy, geothermal energy, and biomass energy, solar photovoltaic sources are predominantly used. The installed capacity of solar PV systems is exponentially increasing all over the world. Depending on the availability in a given geographical area, solar and other inexhaustible energy resources are utilized in microgrid technologies.

Microgrids are electrical distribution systems consisting of renewable energy sources, energy storage systems, and local loads that can operate in islanded mode as well as grid-connected mode. In microgrid technologies, associated components such as power converters, control systems, and communication systems are implemented for smooth operation. Microgrids are very complicated power systems and are often affected by electromagnetic interference (EMI). Due to EMI, effects such as component failures, equipment malfunctions, variability in operation and stability, control glitches, communication errors, conducted emissions, and radiation emissions can occur. Let’s take a closer look at some of these EMI effects in solar microgrids.

Electromagnetic interference is non-negligible in renewable energy integrated power systems. Radiofrequency emissions emanate from microgrids to the external environment and impact nearby communication devices and radio receivers. System components in microgrids can also be affected by EMI. The renewable energy power system is the source as well as the victim of EMI.

Solar PV microgrids consist of PV arrays, mounting racks, inverters, and electric panels. The DC power generated in solar panels is transmitted to the central controller, called the power conditioning unit, and from there it is supplied to the load. In between the solar power generation process in microgrids, EMI is generated in the form of radiated EMI and conducted EMI.

Solar PV microgrids include high-frequency switching power electronic converters to convert DC voltage produced by PV arrays to the voltage form required by the load. Switching converters are inherent sources of electromagnetic radiation and the harmonics travel to other parts of the microgrid through cables and wires. Most power converters are pulse width modulated (PWM), and this modulation technique is prominent in generating harmonics at frequencies that are multiples of switching frequency. Apart from power electronic converters, connected non-linear loads are another major EMI source that can induce conducted noise in the solar PV microgrid.

The potential of wind turbines to disrupt electromagnetic signals in their vicinity is well-known. Wind turbines affect communication systems, radar services, navigation systems, etc. Wind turbines in the vicinity of electromagnetic signal receivers or transmitters interfere with signals and degrade system performance. Various factors affect the nature and amount of EMI in the wind turbine zone, such as type of wind turbine, location of the wind turbine relative to the transmitter and receiver, characteristics of the rotor blades, characteristics of the receiver antenna, signal frequency, modulation scheme, radio wave propagation in the local atmosphere, etc.

The three main elements in a wind turbine that produce EMI are the tower, rotor blades, and generator. The tower and rotor blades obstruct, reflect, and refract electromagnetic signals and make the co-existence of the transmitted signal and delayed interference signal in the wind turbine zone. The EMI generated in the generator is a lesser threat to communication systems but has a greater impact on the electrical power generation from wind.