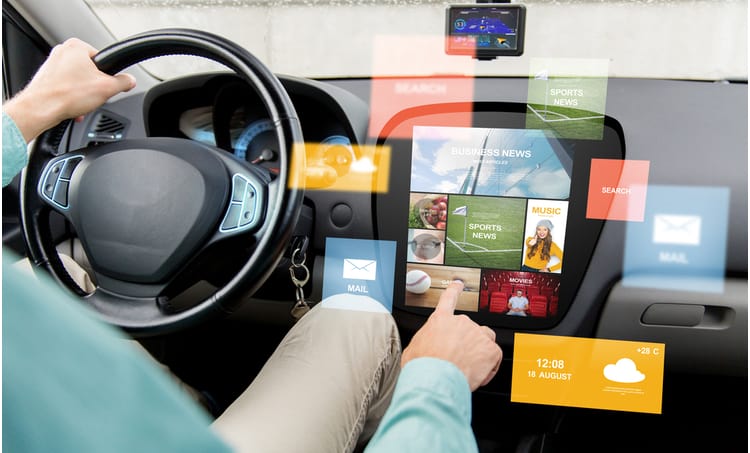 The electronic control units in autonomous vehicles are modular stand-alone units that communicate with each other and with a central system. The in-vehicle network needs to be capable of transferring data at a faster rate and lower latency than existing solutions for driver safety. Automotive networks should be capable of handling heavy data traffic with greater bandwidth. Different protocols have been developed exclusively for automotive networking. We will discuss a few of them in the upcoming section.

Some automotive network protocols are the local interconnect network (LIN), controller area network (CAN), media-oriented system transport (MOST), and FlexRay.

Controller Area Network (CAN) - CAN is a balanced differential two-wire serial communication protocol that addresses the need for high bandwidth in automotive networking. It allows the electronic control units in autonomous vehicles to share control data seamlessly. CAN is a priority-driven communication protocol.

Media-Oriented System Transport (MOST) - This is a high-speed multimedia network used in automobiles for the distribution of information within vehicular components. A MOST bus uses optic fiber links as the primary communication medium.

FlexRay - FlexRay is a serial communication protocol that offers reliable communication in safety-critical systems and adaptive cruise control of automobiles. High data rates, high data transmission capabilities, and time-triggered communications are some of the advantages of FlexRay.

Crosstalk in the Networking Used in Automobiles

Crosstalk in automotive networking is one of the common failure modes. Crosstalk is undesirable, as it impacts the safety of the vehicle. The crosstalk phenomenon causes unwanted coupling of energy from one line to another in the communication buses present in automobiles and degrades the signal integrity of the automotive data network.

The bundling of cables in an automotive communication network can initiate crosstalk interference and can be observed as definite dB values of alien crosstalk or power sum alien near-end crosstalk. The multiple pairs in the wiring harness for data communication are detrimental to the crosstalk immunity of automotive networks. A single twisted pair cable—which is the most common type of Ethernet cable—can bring down the effect of crosstalk.

The crosstalk in networking that establishes communication in autonomous vehicles significantly influences the functioning of the electrical and electronic architecture of vehicles. Compared to other communication protocols, the automotive Ethernet provides better performance, signal integrity, and crosstalk immunity.

Cadence software offers a variety of IPs to support automotive Ethernet applications. Subscribe to our newsletter for the latest updates. If you’re looking to learn more about how Cadence has the solution for you, talk to our team of experts.