When the Parts Run Out, Make A Friend and Make Your Quarter.

The cliche about borrowing a cup of sugar to start a relationship holds true in business too. If you found a representative of a company who was especially accommodating, that might be the one you turn to when you need a lot of options again -- even if they didn’t get the job the first time. If they were quick to provide the cost breakdown over the quantities and turn-around times within the budget, it could be time to exercise that second source. Critical items may need three vendors to manage inventory risks. Let’s look at an example of whatever-it-takes to keep the assembly line in motion. There are a few well-known electronics catalog vendors that seem to set the market on commodities as they grow more scarce. Big players can tie up key components. They don’t get them all but the size of their order gives the industry leaders a leg up when parts are on allocation. Supply and demand according to big data. That is what the Digikeys of the world have become.

Logistics is a huge business, nothing new about that. The evolution is towards transparency. Not only do they tell us if a component is in stock, but we’re also seeing how many they have. We get the lead time of those parts that are currently unavailable.

Of course, “unavailable” has become a relative word. In a world with eBay and Amazon, just about anything that isn’t specifically prohibited can be dropped off at your doorstep by the next delivery truck. Shop wisely. Component surfing has eaten its share of engineering hours. Services are filling in with the send us your bill of materials approach. Once engaged, the plan is committed to action. Here comes the inventory whether it was the right stuff or not.

Spending when you should spend is harder than it sounds. Waiting for those precious commodities is a drain on the factory. Overbuying runs the risk of obsolescence before the inventory can be drawn down. Sometimes, the buyer is walking a tightrope between too little and too much.

Back when I was an electronics assembler, I tried to do a good job before putting my little ASSY-68 stamp on the units. Failing Quality Control inspection was not an option. You’re as good as your workmanship. Management thought I’d make a good supervisor so there I was overseeing a team that was trying to build fuse/alarm panels with no PCBs.

As you know, the PCB is an important part so I went across the hall to ask the nice lady in charge when we could expect some alarm boards. She didn’t know when they would be done but she had a bunch of them in racks. They were waiting for that one big diode that most boards use to keep current flowing in the right direction. One part short!

Back to my desk and the primitive Material Resource Planning (MRP) software of the day. It revealed that there was a division in the company that had about a two-year supply given their low run-rate. Half of their stash would have been perfect for my quarterly revenue target. It pays to be nice. The planner for that group was willing to sign off on a Material Transfer Ticket (MTT) from one stock room to another. I got the reel of diodes and over to my team’s stockroom and told them that I’d wait while they input the transaction and filled the shortages to the PCB kits in that other person’s department. They kept me waiting, so I waited. 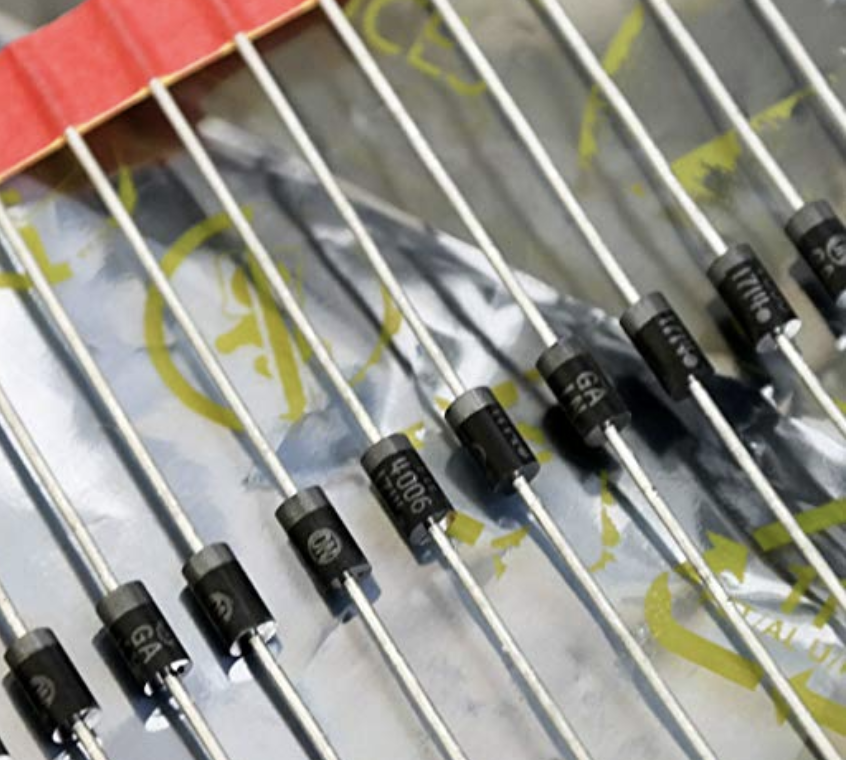 My patience paid off, and I was able to hand carry the diodes over to the nice lady who got them soldered in, tested the boards and submitted them to Quality Control (QC) for a nice QC stamp of approval. The next day, I had boards for the half-assembled units and some more for the incoming kit. All of these were built up and tested in the panels. The panels went through another round of QC and then racked up for a Quality Assurance (QA) audit of a random sample getting a lovely QA stamp. Passed and submitted to an on-site source inspector from AT&T with another lot right on the heels, that was two quality weeks for the fuse/alarm panel team.

The next week comes along and my planner tells me that a shipment of diodes has arrived in the Receiving Inspection department. She was not so nice about me helping the nice lady on the PCB side of the factory. Ms.Not-So-Nice suggested that my efforts were stepping on toes. I was young and incapable of letting something witty go to waste. I answered with “Only toes that were dragging.” I shouldn't have engaged that way.

It turns out that there was some rivalry among the planners and ours was the big selling product. Maybe she felt taken down a notch with some help from the puny, little 60-Channel team. All of the assemblers were productive over those weeks and we’re close to shipping the racks that were missing their crowning piece; the fuse panels.

The moral of the story is that addressing the shortage report may take some footwork in the form of solving someone else’s problems. Those tariff notices give pause to the Supply Chain Manager. Buying and hoarding the remains of an end-of-life (EOL) part only lasts so long. As the board design community, we need to be ready to accommodate the fixes that keep the wheels turning in today’s hyper-competitive procurement world. Proactively managing inventory risk is, simply put, good business.