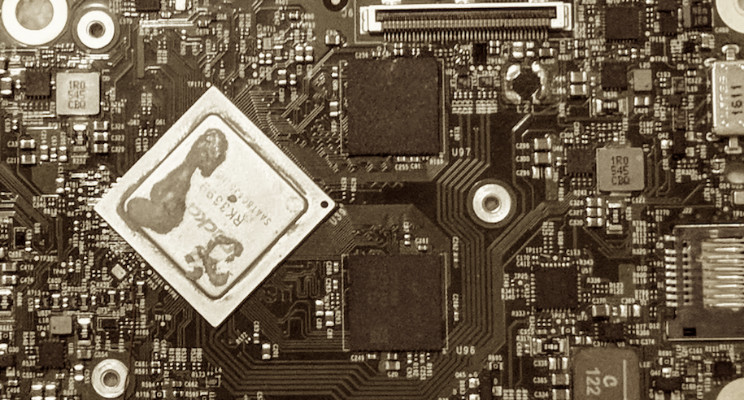 We shouldn't play favorites, the best stack for the job is the one we should be using. If a four-layer, through-hole board will cut it, that's the way to go. If the "mother of all devices" demands ten stacked micro-vias, then that's the cost of entry. Qualcomm's Snapdragons are a case in point.

The blue Q provides what they call a Qualcomm Reference Design (QRD) for each chip they license. I use "license" because they're not going to build or sell anything physical but you can have access to the plans for a fee.

They shared a portion of that fee with me and a small army of engineers to come up with the plans. If you ask nicely, and you have a billion (with a capital "B") to spend rolling out your own phone system, they will come up with a plan just for you. The plan can be tailored to any use you may require. The device has hundreds of GPIO (general purpose input/output) pins. The more features you want, the more GPIOs you're going to need.

A virtual reality headset can get away with a lot of no-connect pins while an ordinary "feature phone" needs more signals fanned out of the device, and a smartphone requires the full allotment. Having fewer tricks to do also reduces the number of different power domains that need to be fed into the chip. All SOCs (system on chip) tend to work this way.

It's sweet irony that the outfit that Qualcomm had me servicing was HTC given the latest merger news. Their aim was a little different from the high profile smartphones. My particular niche was the so-called feature phones. No full stack of micro-vias for these guys, we started with a six-layer core and one additional lamination cycle after that. In shorthand it's an eight-layer 1+6+1 board. The general case is to call it 1+N+1 where the N represents the number of layers in the core. You should know this shorthand if you're going to design HDI boards.

On Cores and Prepregs

Allow me to define "core" because it is a term that is also used to distinguish materials. The traditional core is the heart of the stack-up. To a bricklayer, the core is the bricks and the prepreg is the mortar.

Our bricks come with metal on the outside. Our mortar starts out kind of gooey and only gets its stiffness under the heat and intense pressure of the press. You pretty much have to start with the brick but you also need the mortar.

Ever wonder why the PCB fabricator cannot hold a tight thickness tolerance? It's because the prepreg forms around the circuit pattern on the core material as it cures. Until then, it remains pliable. No two are the same, even within the same panel. That's just the nature of organically dissolving copper.

The fabricator can keep piling up prepreg with copper foil in between or can use more core materials. Cores are more consistent so it's common to use them wherever you require special impedance rules. The recipe is going to vary depending on use and also on where in the world the board is constructed.

As an aside within an aside, flex circuits are a whole different animal, especially when it comes to stack-up definition. Some of the materials have two values, one before the press and one after. It's a testament to the variability, much like plywood.

Isola is a major manufacturer of PCB materials. I've praised Texas Instruments for their accessible and informative data sheets so here's a shout-out to their counterpart on the board construction side. Stack-up materials and definitions.

Get to know the salesperson at your favorite fabrication shop. They love to talk about this stuff. Then get a second opinion. The things you hear twice are probably true across the board, rather than a site-specific requirement.

So, getting back to the other definition of core, in the world of HDI, (high density interconnect) we typically start out as though we were going to build a normal PTH (plated through-hole) board and then build up from there. Let's say, for instance, that we're doing this HTC phone. That would be a six-layer board to start.

It would begin with one thick slab of copper-clad core material that goes through the etch process to get a pattern for the innermost layers 4 and 5. Then, there's a layer of prepreg on each side plus copper foil that goes through etching for 3 and 6, more prepreg and another layer of metal that is also etched on what will eventually be layers 2 and 7.

That whole thing finally goes into the press and comes out later ready for mechanical drilling of the core vias. Those vias adhere to the same design rules as you would have for a normal six layer board. They're big! This whole construction can be referred to as a core. It's the 6 in the 1+6+1 construction.

Now, we do the sequential lamination. Another layer of prepreg and foil are added for layers 1 and 8. This goes into the press again and will take micro-vias cut with a laser. Actually, two lasers because one wavelength cuts through the outer metal while a longer wavelength one is better for going through the glass and resin. When that longer wavelength laser beam hits the next metal layers (2 and 7) the light reflects back before melting the foil. We still want a thicker layer of metal there so we don't burn right through.

I mentioned the press and the fact that we would use it twice. Tour your local fab-shop. They'll sit you down in the boardroom and give their value proposition, then walk you past the sales and CAM team, past the etch line and drill room, and finally, with great reverence, pause in front of the press. Ooh, yellow lighting on a great big box that is just sitting there sucking down power. I found the drills and dunk-tanks more fascinating, even the CAM operators were moving; a little. No, the press is revered because it's way more expensive than any of the other pieces of equipment and is generally the bottleneck of the shop. 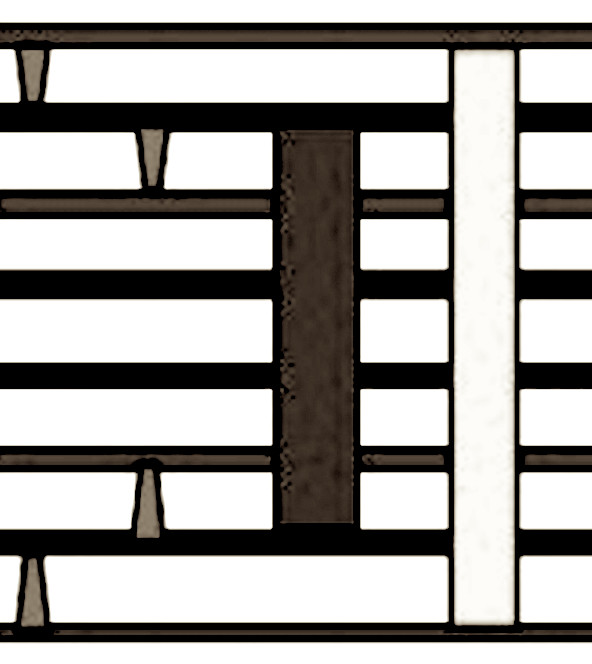 Those all-via ten-layer Apple boards go through the press a bunch of times and are priced accordingly. These thrifty jobs manage with just two. The thing is that the circuit is often still too dense to break out in the way I just described. We'd really like a 2+4+2 construction which would require three trips to the press. That's not in the budget so what we take the six-layer core over to the laser drill station and hit it with some 2-3 and 5-6 vias, this is normally after doing the 2-6 core via. This is called 1+N+1 plus. Some refer to it as "1+N+1 enhanced". The six-layer counterpart was used in the board seen in the title. 1+4+1 plus takes more effort in layout and less material in fab.

I've gone back to this construction many times on laptops and streaming devices etc. with very reliable results. The tricky part is layer 2 where the core-via and the micro-via sit side by side for any signals trying to get to the middle or the other side. Transitions from one to two and/or two to three are good to go using micro-vias; same for the secondary side.

On account of the limited aspect ratio of the micro-via, the materials have to be very thin for that kind of stack-up. If you can juggle these requirements and are very crafty with your fan-out, you can use this method where your competition uses the full micro-stack.

Cost savings may be around 20% and that's an advantage you can take to the bank. Of course, some vendors have geared up their factory strictly for micro-vias. Others would prefer to give you a 10-layer PTH board. Still, I prefer the micro-via-in-pad as a more assembly-friendly approach. If you have experience with this or questions that I can clear up, throw down a comment. It's all good.