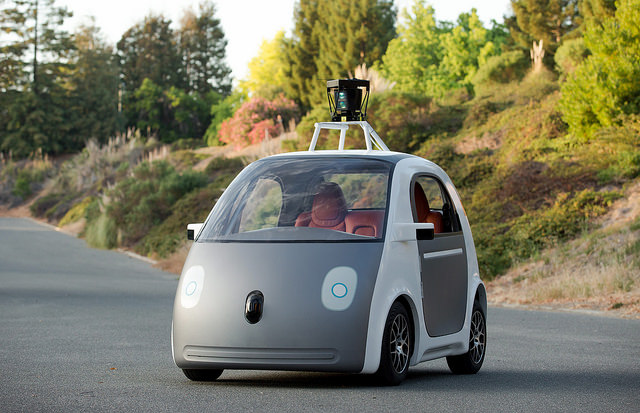 Autonomous Vehicles Are Taking Off

According to data from the Boston Consulting Group, the market for connected/autonomous vehicles (CAVs) will grow to 42 billion USD by 2025. It is also expected that by 2020, 10 million self-driving cars will be on the road while there will be more than 250 million smart cars—cars connected to high-tech networks—driving alongside them.

The upside to this form of transport is clear—reduced traffic, decreased emissions, and perhaps reclaimed commuting time for users, and most importantly, the potential for safer roadways.

Tormod Larsen tells Wireless Week that there are three types of integrated systems within autonomous vehicles, “mission critical, massive IoT, and Infotainment.” Mission-critical systems are the main operational components of the car—the ignition, the engine, and the mechanisms responsible for steering and breaking. The IoT components include sensors that provide diagnostic or performance information to the mechanical systems and the end user. Finally, infotainment may include music or video streaming, and other connected user activities. Though the last one on the list may simply enhance a passenger’s experience. The first two are crucial and guarantee the safety of the passenger and other cars on the road.

Everything works by a coordinated system of GPS, cameras, sensors, and radar.  A static GPS alone for car routing would not be effective, because roadways are dynamic and constantly changing. The sensors and radar fill in the missing pieces to provide a fully three-dimensional responsive map.

Because of this interdependency, sensors are integral to the functionality of self-driving cars. LIDAR (light detection and ranging) sensors use pulsed laser light to bounce off a target and then measure its distance. These sensors can be effective in some use cases, but backup is needed. Aeva, a Silicon Valley startup, has developed a prototype that measures distance and captures speed.

While there are still policy and safety considerations that must be addressed before self-driving cars travel our highways and small town roads, right now the biggest constraint to autonomous adoption is technical.

And network latency is the top technical concern.

Network latency is different from bandwidth; it is the time delay between sending information from one point to the next.  Though current 4G has a latency of 50 ms, it’s not low enough to account for split-second responses needed in passenger vehicles. Latency is usually estimated as a round trip delay—calculating how long will it take one system module to send a message and then receive confirmation of receipt from another system module before it is able to send more information. So the measure of a network’s round-trip delay is an important factor when thinking about timing.

Though in most cases the best way to reduce network latency may be to use a wired connection. However, it isn’t feasible in situations where reliable wireless connectivity is required, like autonomous vehicles. So instead the challenge is to ensure a reliable and robust communication network as we move into the future.

Like standard vehicles where a faulty emissions system may trigger a notification sensor on the dashboard, autonomous vehicles both generate and transmit information. But the information that they generate and transmit doesn’t just stay within the car. Autonomous vehicles are in constant communication with networks and maybe even with other vehicles.  In fact, tech giant Intel estimates that once adopted, self-driving cars may generate more than 4 terabytes of data per day.

Our current communication networks do not have the bandwidth or the latency to support such a reality. Thus, the movement to make self-driving cars an everyday presence on the roadways must first realize a necessary transformation to the United States’ Internet infrastructure.  To support this initiative, Intel is investing up to $250 million in research and development funding.

In 1999 the FCC allocated 75MHz of the 5.9GHz spectrum for a system called Dedicated Short-range Communication (DSRC). This space was identified in a forward thinking move—to be used by “intelligent transportation solutions” in the future. Nearly two decades later it has seen little use, but that may soon change as the limitations of 4G become more apparent.

Internet access is plentiful in urban and more densely-populated areas but it is less so in rural areas—which accounts for much of the landscape, at least in the U.S. Given that, there has to be a way for autonomous vehicles to talk to each other when internet connectivity is lost. One possible solution for this is to use mesh networks, an interconnected system of nodes, bridges, and routers that are both wired and wireless. Gopher Protocol’s new research division gNETCar has been testing its mesh network tracking technology on autonomous vehicles, and has shown early promise.

Building for the Future

While it’s too early to tell if speedy 5G will be the answer, it has this potential: an increased number of connections allowed at any one time (100 billion); low latency (1 ms, compared to current 4G 50ms); and high throughput (10 Gbps).

But speed isn’t the only consideration—reliability is just as important. To avoid overburdening crowded networks, companies will likely have to rely on hybrid networks that combine a variety of methods, including edge computing which allows data that needs to be acted upon locally to be processed at the source.