The primary purpose of surface finishes is to prevent oxidation of the copper prior to soldering of the components.

Life seems to get more complicated with every twist and turn. Back when I held a soldering iron on the job, we used a mixture of tin (63%) and lead (37%) for the solder. This is known as Sn63 with the Sn part being the abbreviation of tin. The boards have the same coating on the plated holes and surface-mount pads. Application for SMD is referred to as Hot Air Solder Leveling (HASL) and applies to any of the available solder types.

The beauty of Sn63 is that it has a lower melting point and is eutectic. What “eutectic” means is that the metal solidifies rapidly over a short temperature range. The benefit is that you get fewer disturbed solder joints and good “wetting” where the surface finish and the solder form a cohesive bond for a reliable connection. You can still buy Sn63 off the shelf at the local electronics store.

On the other hand, lead is a dangerous metal that can cause birth defects and other health issues. The Europeans took the vanguard with the Reduction of Hazardous Waste (RoHS) initiative. If you want to sell electronic products to consumers, the lead has to be reduced to the minimum possible; not entirely eliminated but found primarily as a trace element within the chips.

Metallurgists, the world over looked for replacement formulas. Tin is still viable and is generally mixed with small amounts of silver and other elements such as antimony, copper or bismuth. The tin makes up the bulk of the alloy, typically around 95 to 99.3% If pure tin was used, the results could be problematic. Tin whiskers from dendritic growth present a shorting risk. 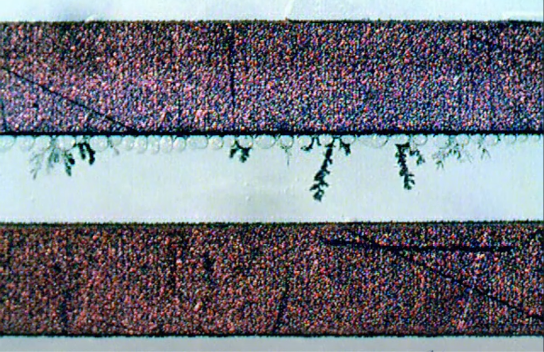 Without the lead, the tin has a much higher melting point and does not solidify as quickly. The double-complication requires a dielectric material that can withstand the higher temperatures without breaking down.

“Boards and components alike have gone green since that period.”

The maximum working temperature of the material is one of the primary selling points. Ii is known as the glass transition (Tg) temperature. The materials we used in the olden days will not stand up to the process so the entire PCB material set had to be seriously upgraded. Going lead free raised the reflow temperatures considerably. Boards and components alike have gone green since that period.

There are exemptions where tin/lead is still allowed. Spacecrafts that will eventually burn up on reentry are one such exemption. The goal of RoHS is to reduce the amount of lead that goes into the landfill. As long as the company can certify that all of its products will be returned to the factory for proper disposal, then SN63 coatings on the PCB are still permissible. Obviously, consumer products do not get such an exemption.

While tin/silver plating is still viable, the “gold standard” is going to have to be gold. The mainstream alloy is immersion gold over electroless nickel over copper of ENIG for short.  The reason this is a preferred plating is the downstream process of assembly is more boring without the likelihood of tin whiskers. We like it to be boring when it comes to making goods. People who study S-Parameters also have a fondness for the consistency of ENIG finishes.

This plating is primarily aimed at the high density interconnect (HDI) builders. The process can yield a solderable footprint with via-in-pad situations. Fine pitch BGAs and other shrunken circuits will require the micro-vias. Plating with ENIG will likely improve yields due to the land patterns coming out flatter than with other types of plating. It has also been a go-to finish for flex circuits. It plays well with soldermask, making a good base for the following layer. 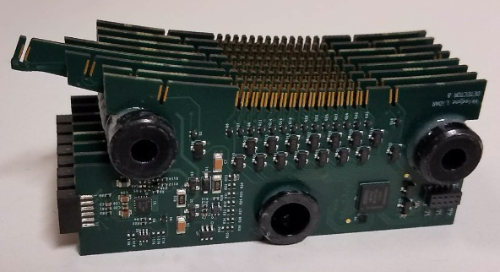 A note on “black pad”: This process defect was a hot topic for a few years. That time has passed. As I understand it, the fabricators worked out the right amount of phosphorus in the nickel to prevent the defect that was more than just a cosmetic issue. That concern has been laid to rest some time ago.

The added ingredient, palladium, is a physical barrier between the nickel and the gold. That opens up the process a bit. The main benefit to ENIPIG is that the outer layer of gold is soft enough to be a good candidate for wire bonding while still working well for soldering. The alternative for Chip-on-Board is a selective soft gold finish. It’s the do-everything finish.

“Knowing what the constraints are is the first step in selecting the correct finish.”

While ENIPIG has an up-charge, it’s not as costly as either soft gold or hard gold when used in combination with medium gold. Note that medium hardness is geared for solderability while hard gold creates a more durable contact surface for “gold finger” edge connectors. To meet the specification for HDMI, the gold fingers have to withstand 10,000 insertion/extraction cycles. Knowing what the constraints are is the first step in selecting the correct finish.

Organic solderability protectant is a very thin coating that is consumed by the reflow process. In the factory, we had to be aware of the date codes on boards with OSP. You don’t want old boards with this coating.

During design and reaching back to padstack definitions, there is something extra that the designer has to coordinate when using OSP.  We had to include a paste stencil opening on our test points when the boards had OSP or the test points would end up with bare copper. The exposed copper will tarnish over time. None of the other finishes have this requirement.

According to the industry press, an IPC specification for OSP is on the horizon. By the time you read this, it could be in effect after a long and wide negotiation aimed at pinning down the process. According to the UP Media article:

“The goal is to develop performance specifications for high-temperature OSPs, defined as capable of withstanding up to two IR reflows in conjunction with tin-silver-copper (SAC) or tin-bismuth (SnBi) alloys at a peak temperature of 245°-250°C and showing the same wetting balance results at three reflows as zero, with a maximum 20% drop.”

This is good news since OSP is well suited to mass production runs. Solderability is not hindered by the micro-thin coating. The cost is low - along with the shelf-life. Organic Solderability Protectant has been around for quite some time with proprietary processes so it will be a benefit to have a performance standard across the board.