Not all boards are alike. In fact, not two are exactly the same. That’s kind of the point. We’re always doing something that hasn’t been done before or we wouldn’t be doing it. The best we can say is that many boards share similarities. Just the same, there is someone in every org that wants to know when the one-off job will be completed.

As often as not, there is a pre-determined schedule where someone who has never drawn a trace has already decided when the PCB layout needs to come to a conclusion. This type of schedule is usually a result of market forces. It could be back-to-school, CES, or even (especially) a rocket launch date that drives the schedule. Still, it’s not unusual for the stakeholders to ask your opinion about the estimated tape-out date.

Life in a Service Bureau or as an Outside Contractor

Service bureaus live or die by the accuracy of their bids. If their bid is too many hours, the customer will continue to shop around. If the bid is too few, they end up eating that cost with overtime or worse, missing the date and facing the customer dissatisfaction. The one thing that saves them is that the service bureau is working from a baseline plan that does not usually include co-development.

A statement of work including a few milestones will put the customer in lock-step with the vendor. A definition of success that includes the delivery date will also have a few intermediate milestones including schematic capture, mechanical lock-down, placement approval and so on. The hourly amount the service bureau charges will more than they pay the designer. Even in a one-person shop, the overhead comes first and the owner - operator gets paid out of the remaining funds. 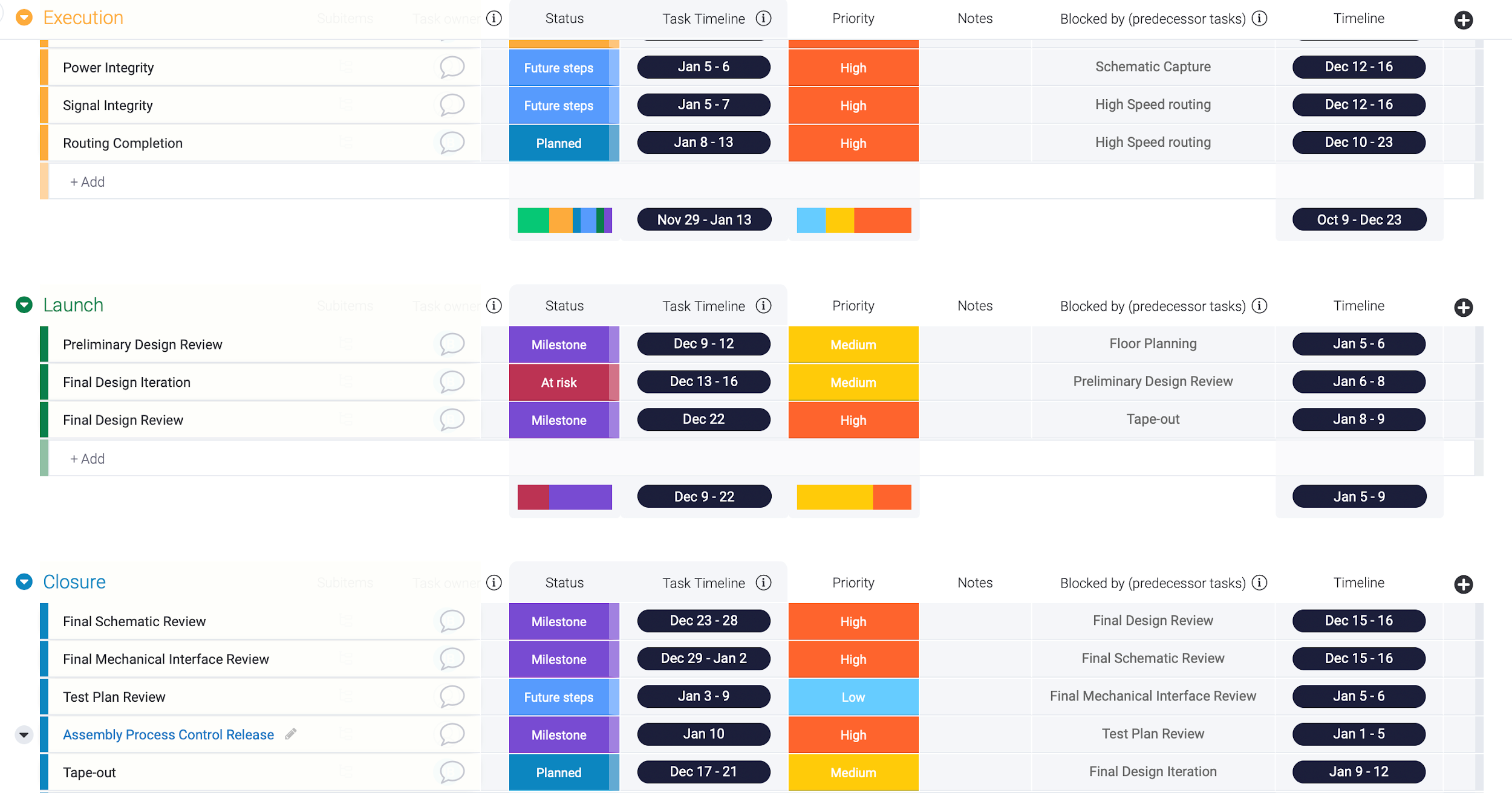 I was the owner of one of those operations for a while. To me, the worst possible outcome was that I would have to subcontract the work out. It was more like being a broker than a designer in that case. If my plate was full, it would either be a no-bid or to quote a higher than normal rate. Getting a lot of business in a short amount of time is a mixed blessing.

The mid-design updates trigger an ECO charge that can be quite substantial. The incentive is to quote an aggressive but doabe schedule. Once they are underway, the plan is to tack on new fees if the design cycle is interrupted by improvements. Some customers appreciate that they are spending money to pull in the launch date. You want them to be repeat-customers so be careful not to overextend yourself.

“The old saying goes that if you want three opinions, ask two engineers.”

One of the main metrics in the design cycle is the number of pins. Back in the day, it was a dollar per pin. Some pins matter more than others. A length-matched pin counts as three pins because you’re going to take more time to dial it in with the rest of the bus. RF pins are two-for-one because of the expected back-and-forth with the analog engineer. As you build your portfolio, take note of the actual vs. estimated duration so you can fine-tune your scheduling quotes.

New component footprints, whether they are built in the CAD tool or imported from a vendor or library service take time. It’s something you have to take into account for your estimate. Of course, not all components are created equal. Higher pin-count and fine-pitch devices are another weighting factor in the pin-count. Board density comes into play too. Test fixtures will usually go more quickly than production form-factors. The stack-up technology will be a factor of all of the above parameters.

It seems flippant in hindsight but I used to ask how many engineers are on the project. The old saying goes that if you want three opinions, ask two engineers. The various subject matter experts believe their function to be the most important. Getting mixed messages based on different priorities puts us on the throne of King Solomon. There should always be a lead engineer who makes the final decisions. When conflicting instructions come to light, it’s time to loop in that leader.

Most of us are captive designers. The rule here is that everything changes except the tape-out date. Some of you may remember the Peanuts cartoon strip where Charlie Brown would attempt to kick the football. Inevitably, Lucy VanPelt would pull the ball away just before Charlie got there putting the poor kid on his back. It was a recurring theme and Charlie never once got a foot on the ball. 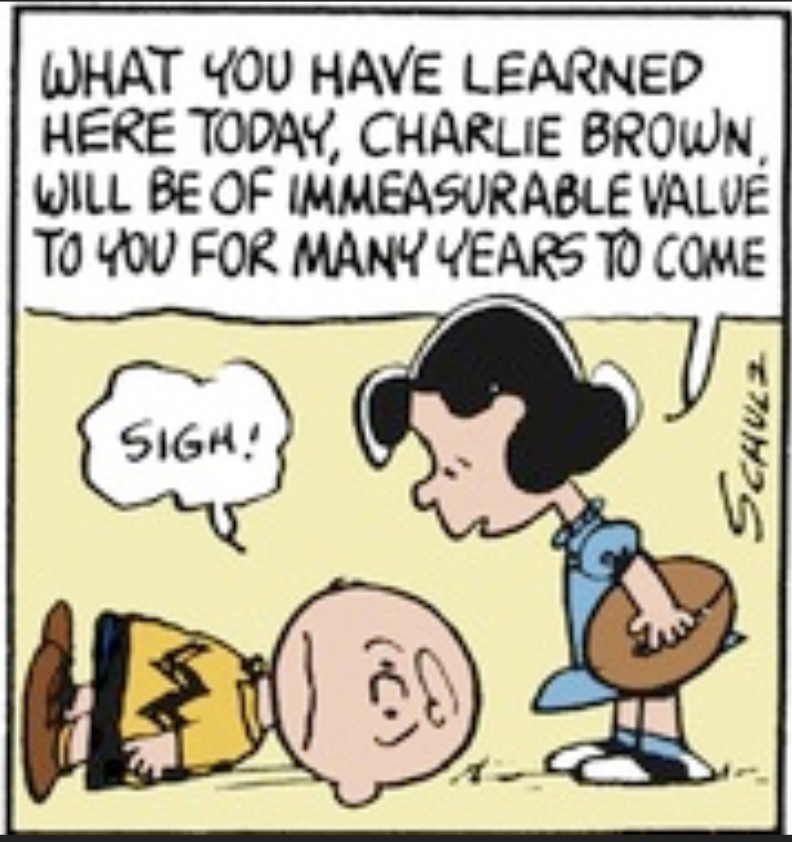 Image Credit: Charles Schultz - It always turns out this way when we expect a linear “waterfall” schedule.

That’s a metaphor for board design if you’re expecting to go from start to finish without a course-correction. After Google bought Nest, one of the Nest PCB designers wanted to join the Chrome team. I interviewed the guy and recommended approval of his transfer. For one thing, he knew how to code in Pearl and other tools for automating the drudgery.

The program manager asked him for a time estimate for a fairly complex smartphone break-out board. He was savvy enough to quote three months based on the usual co-development with a large team. He was being too real and the PM wasn’t having it. Not knowing his projection when she asked for my opinion, I said two months best case but it would not surprise me if it went four. 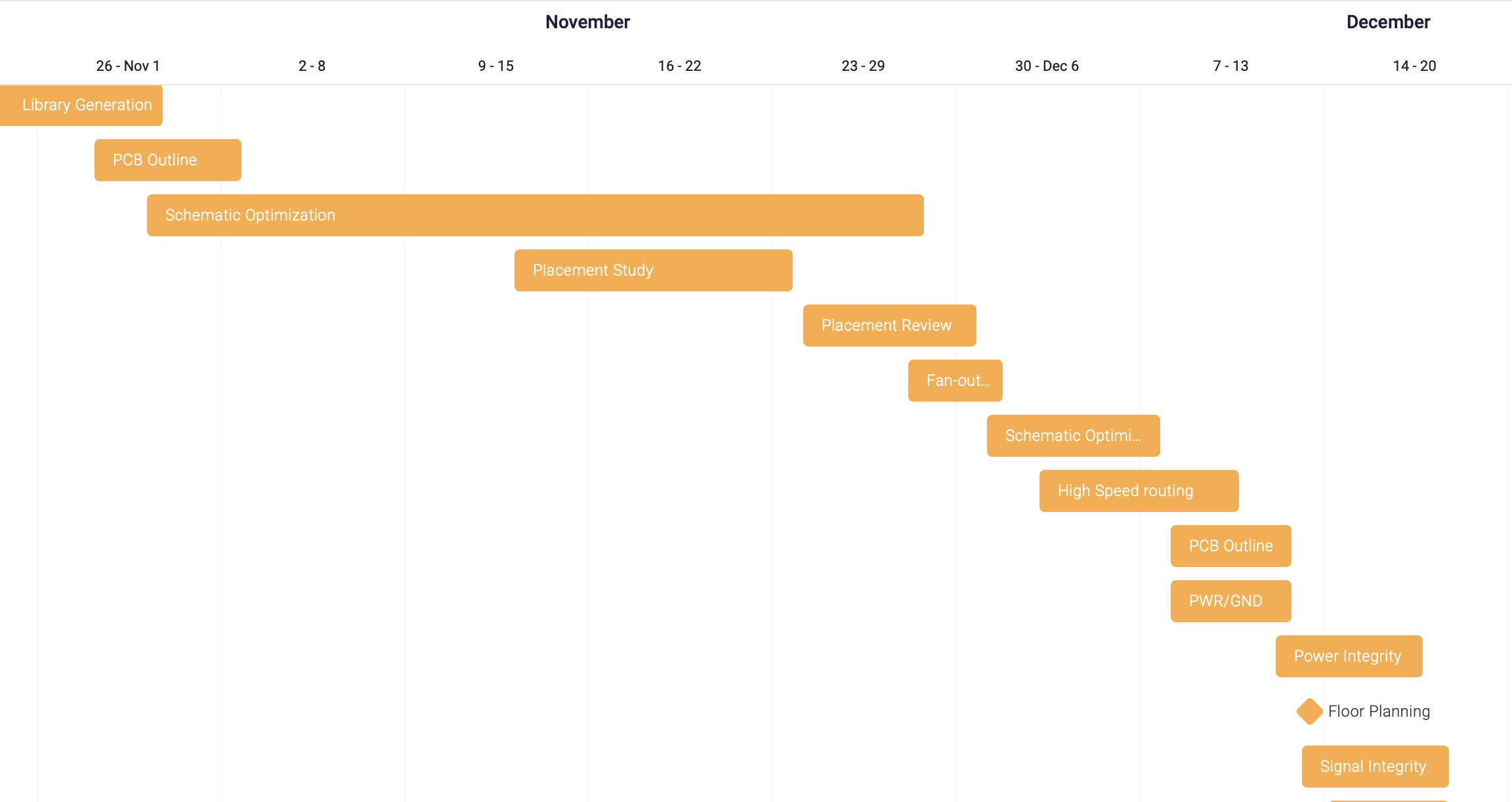 That was also ‘too real’ so it became one of those team efforts. Even with partitioning and sending the design out to a service bureau every night took just under three months. That included Saturdays and short shifts on Sundays to keep the outside vendors on track. In the end, schematic and outline revisions were out of our control. It’s difficult enough when you have not done something before. When it’s a brand new team doing something for the first time, count on half-again more for expected churn.

“...some people are not that concerned with the schedule.”

The most optimistic people in the business seem to go into program management. They may put the PCB Designer nominally in charge of driving the schedule while we have virtually no authority over the team that ultimately determines the outcome. It is very easy to get ahead of yourself when working alone at your desk.

Adding to that uncertainty, some people are not that concerned with the schedule in the first place. Perfection, or simply better is the enemy of good enough. Digital circuits either work or they don’t. It’s the analog people (and I am one) who want to chase that last bit of performance. Prototypes will always require some improvements and you won’t know what those improvements are until you have that first round of hardware.

Sharing is Caring When it Comes to the Schedule Progress

Simply sharing the data at the end of each day may not be enough. Asking one question related to the work may be sufficient to get the other people to take a look at the design. You’re making design decisions all day long.

A real-life example goes like this. The vias under the SOC are too closely spaced to allow placement of the capacitors. We have to find one mil somewhere. Should we reduce the via size, the pad size or the allowable pad-to-via air gap?

If you make that decision by yourself, then you own the problem should one arise. Let’s say you take the third choice, reducing the air gap from four mils to three. Then, two days after tape-out, the vendor calls and says that there is risk of exposed metal because of soldermask expansion. It’s a little late to be thinking about the padstack options.

Getting to the end date with a viable board takes strong communication. The more urgent the schedule, the more you have to become risk-averse. Having to respin that critical-path layout is a much bigger schedule hit than taking the time to get buy-in on the deviation. Nobody likes surprises. Take a cue from Charlie Brown so you can avoid those traps.