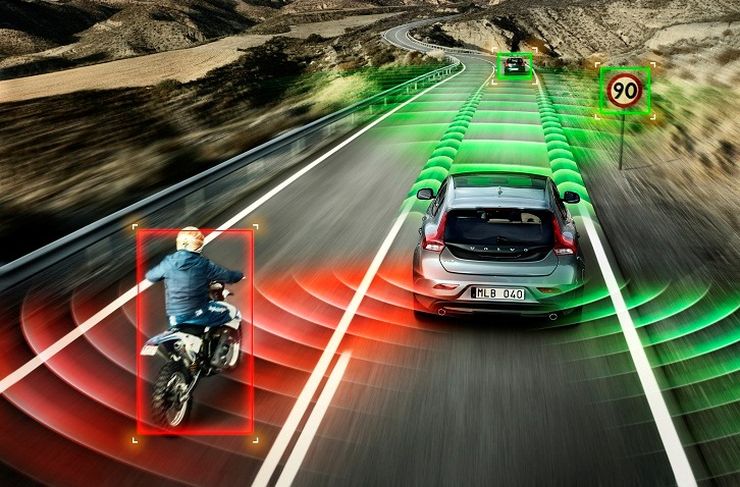 Driving is a lot more complex than we typically consider when we get behind the wheel each day. But chances are you’ve had a moment—a car that suddenly brakes in front of you, an animal darting into the street, a distraction that pulls your attention away—where you find yourself suddenly in danger of a collision. How do you react? Can you respond quick enough? Are some accidents simply unavoidable?

The Science of Risk Mitigation

Despite best practices, traffic laws, and numerous safety campaigns, collisions still happen every single day. So it’s no surprise that engineers have opted to tackle this problem from an automated standpoint. In 2016, the National Highway Traffic Safety Administration (NHTSA) and 20 major automakers,  agreed to make automatic emergency braking a standard feature in all new vehicles by 2022. While these systems don’t prevent every accident, they have been proven to significantly mitigate collision risks.

With  the NHTSA agreement in place, every major car manufacturer has some version of this technology in the market today. But how do these systems work to prevent collisions? That varies between solutions, but here are some general principles behind the technology.

Since the late 1950’s, engineers have been looking at ways to prevent collisions using sensors. The Cadillac Cyclone, a futuristic concept car designed by Harley Earl, included a radar detection system for collision avoidance among its many innovative features. Deemed too expensive for mass production back then, radar systems would still play a significant role in collision avoidance technology in the future.

An additional technology was introduced to automotive design in 1997 by Toyota, who introduced a vehicle in Japan that included adaptive cruise control using a laser detection system. These lasers have also been engineered and improved, becoming more accessible to the market as we near the NHSTA deadline.

How to Alert and Assist Drivers

Collision avoidance systems respond to situations in two different ways. The first is to alert a driver to the risk through a light, a sound, or both. Vehicles with front and rear cameras also provide visual warnings of obstacles. The Insurance Institute for Highway Safety (IIHS) has been actively studying the benefits of these systems.

With the use of radar, lasers and cameras, collision avoidance alert systems include:

In addition to warnings and alerts, some collision avoidance systems assist drivers in mitigating imminent risks. These systems will override the driver, changing the throttle of the vehicle or applying the brakes. The tools to inform these systems are similar to alerts, including radar, lasers, and cameras, however the response of the vehicle is more proactive. Collision avoidance features that actively assist drivers include:

The most sophisticated developments in collision avoidance are being achieved by combining information from multiple sensors and systems. As these systems become more advanced and synergized, we will begin to realize the lofty goals set by automakers for increased safety and, eventually, self-driving vehicles.

It’s clear that all vehicles will have some variation of collision avoidance systems in the near future. Choosing your vehicle carefully and understanding the capability of each feature, can help you make the best choice for your needs and educate you on technological limitations—you’re still the one in the driver’s seat. (At least for a few more years.)