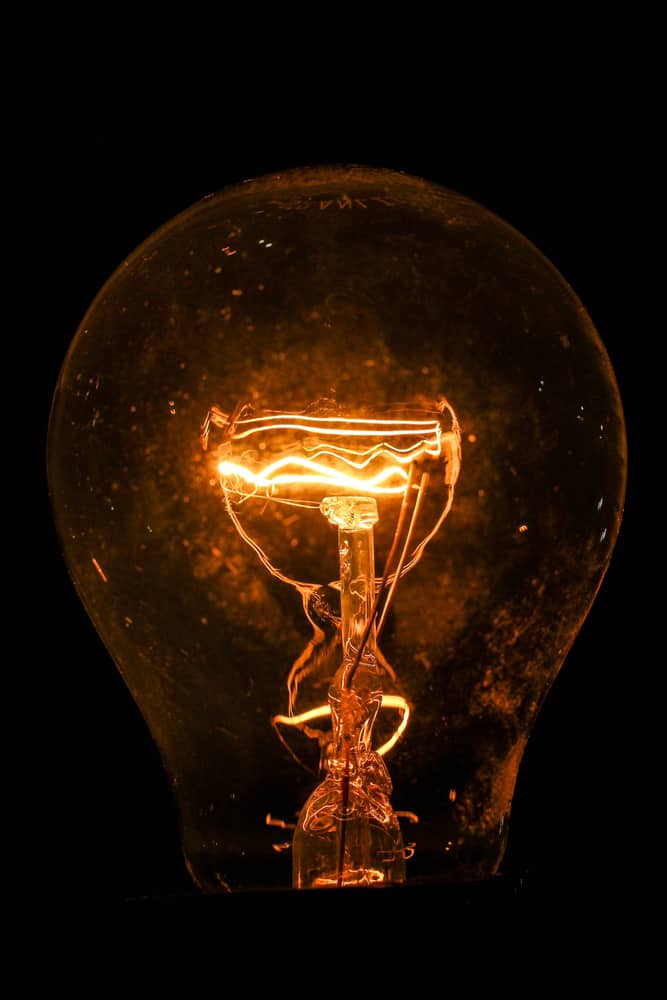 We are in the process of transitioning into more efficient lighting, and it is safe to say it is the era of LED lighting systems. As part of this transition, incandescent lamps are being discarded. Power loss due to heating is the main drawback of incandescent lamps, diminishing their efficiency. The resistance offered by the filament to the flow of electric current produces heat energy, which can be calculated using Joule’s heating formula. It is the heating loss or Joule heating phenomenon that limits the application of incandescent lamps when trying to save power. This article explores Joule heating in electric circuits and how to calculate the energy lost in the form of heat.

We already know that the flow of electrons in a closed circuit is electric current. When current flows through a circuit or a conducting material, the resistance associated with the circuit or material causes a collision of electrons. The electrons colliding with each other dissipate energy in the form of heat and generate power loss. A portion of the electrical input power is lost in the form of heat energy. The output power will always be less than the input power in the presence of heating losses. The efficiency of the circuit is compromised to be less than 100% with heating losses.

In general, Joule heating can be described as the physical effect that increases the internal energy and collision of electrons in a circuit carrying current, resulting in the generation of heat energy. In the Joule heating process, depending on the circuit conditions, some portion of electrical energy is converted into heat as electric current flows through the circuit of finite conductivity. Joule heating is also known as Ohmic heating or resistive heating. The resistance is an important property determining the current flow through a circuit. The rate at which the resistance converts electrical energy to heat energy can be calculated using Joule’s heating formula.

Joule’s heating formula is the mathematical equation governing the rate at which the electrical energy is converted into heat energy due to the resistance offered by the circuit. The law is named after the English physicist James Prescott Joule, who discovered that the amount of heat energy generated per second in a current-carrying conductor or circuit is proportional to the square of the circuit and the electrical resistance of the circuit.

The Joule’s heating formula is given by:

Q is the amount of heat generated expressed in Joules.

I is the electric current in Ampere.

R is the resistance offered by the circuit to the electric current flow in Ohms.

t is the time the current is allowed to flow in the circuit expressed in seconds.

Consider an example of Joule heating, where 5 A of current is flowing through an electric wire of resistance 20 Ω for 10 s. The heat energy generated in Joules can be calculated using Joule's heating formula:

When Is Joule Heating Helpful?

Joule heating isn’t always detrimental, but it can bring losses to the electrical system. There are certain applications in which intentionally creating heating losses is helpful. Most household appliances convert electrical energy to heat energy. Some examples that make use of Joule heating are electric heater, geyser, and incandescent lamps.

Seeing incandescent lamps as an application might be surprising, as we have discussed the power losses in the introductory section due to heating in these lamps. However, it is due to the Joule heating phenomenon that incandescent lamps emit light as well as heat energy. Tungsten material usually has a high melting point and is used as the filament in incandescent lamps. The thin filament of high resistance enclosed in a glass envelope filled with nitrogen and argon gas produces a large amount of heat energy. The enormous heat produced due to the electric current flow in the filament makes it white hot. The filament emits light and heat simultaneously, the former being helpful and the latter posing challenges due to the Joule heating effect.

According to Joule’s heating formula, the heat energy generated is proportional to the time when the electric current and electrical resistance are constant. When any combination of two from the three parameters in the Joule heating formula (current, resistance, and time) is constant, the heat generated is proportional to the third parameter, which varies. With the help of Cadence software, you can design applications that intentionally make use of Joule heating as well as reduce the power losses due to heating in electrical systems.