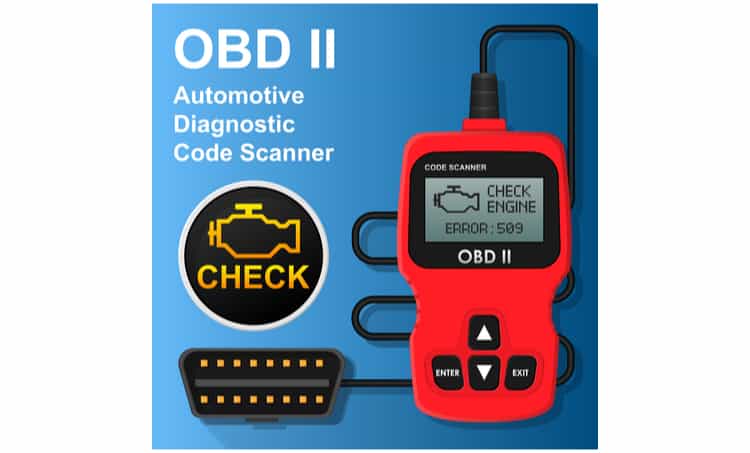 A controller area network (CAN) bus is a communication standard designed particularly for vehicles. Since its first application in 1991, the CAN bus standard has been widely adopted by the automotive industry. CAN bus architecture allows microcontrollers and other vehicle devices to communicate with each other without a host computer. A CAN bus is well-suited for distributed communication in vehicles and industrial and instrumentation applications given its bidirectional communication over a single twisted pair, in-build fault handling, and improved noise immunity. In this article, we will explore the CAN bus layout, nodes, and bus line termination.

A CAN bus is a rugged, digital serial communication bus that is widely used in automobiles. The idea of a CAN bus was initially developed by Bosch and later codified into the International Standardization Organization (ISO) under the ISO-11898 standard. Bosch developed the CAN bus as a multi-master, broadcast messaging-based communication protocol for automobiles. The CAN bus sends short messages to the entire network using a two-wire bus system and alleviates the complexities associated with wiring. With a CAN bus, reliable data and priority-driven communication can be achieved.

What Is the Difference Between a CAN Bus and a USB or Ethernet?

A CAN bus offers distributed communication similar to a universal serial bus (USB) or Ethernet. The USB and Ethernet are capable of sending large blocks of data from point to point. However, a CAN bus network does not support point-to-point communication protocols. The message-based protocol utilized in a CAN bus can be compared with those that are used for host discovery in Ethernet networks. However, a CAN bus does not require a host computer like the Ethernet. Without host computer support, all devices connected to a CAN bus network receive messages through a two-wire bus layout.

A CAN bus is the most widely used communication protocol in vehicles. However, it has been adapted for use in other applications such as building automation, medical systems, instrumentation, and manufacturing due to its simple two-wire bus layout.

The physical layer of a CAN bus network utilizes differential transmissions on a twisted pair wire. There are two wires, CAN_H and CAN_L, in a CAN bus system that handle the high and low signals in serial communication. This simple cable requirement is the most highlighted attribute of a CAN bus network.

In a CAN bus network, cables with twisted wires (CAN_H and CAN_L) form the CAN bus line. Both CAN_H and CAN_L carry the same voltage under the idle mode of a CAN bus network. While transmitting data, CAN_H carries a higher voltage compared to CAN_L and generates a differential voltage between the lines. CAN bus communication based on differential voltages between the CAN bus lines makes it immune to inductive spikes, noises, and electric fields. The high immunity to disturbances makes the CAN bus layout an ideal and reliable choice for serial network communication.

We have seen that CAN_H and CAN_L constitute a CAN bus line. Usually, a CAN bus line formed by the two dedicated lines is terminated by resistors. The termination resistors are used to suppress electrical reflections on the bus. The termination resistor value is dependent on the number of nodes present in the network, and these values can be in the range of 100 to 130 Ω.  Typically, a nominal value of 120 Ω is placed between the CAN_H and CAN_L at both end-points of the CAN network.

Devices connected to the CAN bus line are referred to as nodes. Nodes are connected to the CAN_H and CAN_L lines to handle bidirectional communication, but not at the same time. The nodes cannot send messages directly to other nodes; all messages must go through the network.

Each node of the CAN bus consists of a central processing unit (CPU), CAN controller, and transceiver. All the processing units on the bus are in parallel, which allows all the nodes to see all the data, all the time. The CAN controller is connected to all the components on the network via two wires and it converts digital information into messages on the bus. The transceiver adapts the signal levels of the data sent and received by the node.

Where Is CAN Bus Communication Protocol Used?

CAN bus serial communication protocol is best suited for systems consisting of source and destination points in close proximity. When the data transfer points can be physically connected by wires, a CAN bus is the most suitable means of communication. For example, the signal propagation between multiple circuits boards that are interconnected can be easily handled using the CAN bus protocol. Reliable data communication in industrial environments that are prone to shock, vibration, motion, or extreme temperature can be implemented using a CAN bus network.

The CAN bus layout and protocol were developed to provide robust performances under harsh environmental conditions. The CAN bus protocol is a highly regarded vehicle bus standard and is often used in onboard diagnostics (OBD) in cars. To design CAN bus architecture, designers can use the design features available in Cadence’s PCB design and analysis software.