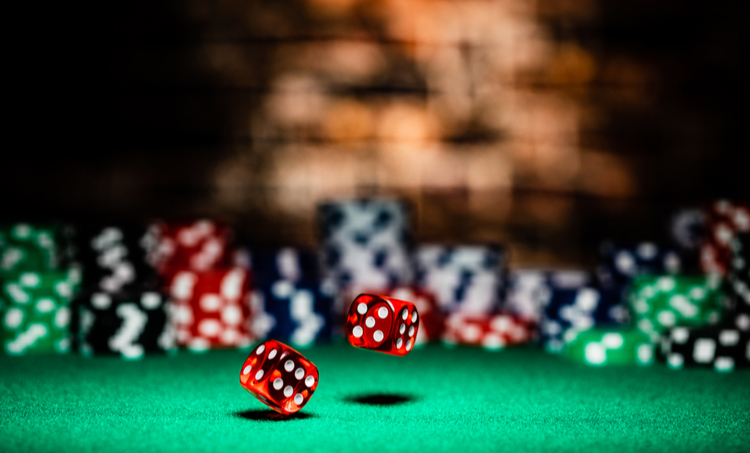 Don’t treat your design like a game of dice. Instead, use probabilistic design for reliability to prevent component failure.

Whenever you’re designing an advanced product, there is always the question of reliability. Your new board needs to have the longest possible lifetime if you want to keep your customers happy. If you’re designing right at the edge of your component ratings, then you might be gambling with your board’s reliability and lifetime. However, you can take a statistical approach to design to ensure your components are not overdriven, which will prevent them from failing early.

There are some common techniques for this type of analysis. A powerful technique is probabilistic design for reliability, where the component tolerances and variations in electrical power are formulated as a probability distribution. This allows you to determine the chances that a component is overdriven and, as a result, its lifetime is reduced. When we consider nonlinear components, the situation is less clear and some insights need to be gained from probability theory. However, you can get a good view of system behavior and quickly identify overdriven components by simply looking at average values from SPICE simulations.

All components have some tolerance ratings; these are usually specified as absolute percentages, or as deviations from a nominal value. Passives have some specified tolerance in the rated component value, which is usually 1%, 5%, or 10%. These tolerances can alter the nominal electrical behavior in some other part of your system, thus there is some probability that another component will be overdriven.

Formulating the electrical behavior of a design in terms of probability distributions on its tolerances is a technique reserved for time-invariant circuits. These circuits can be linear or nonlinear, but the requirement for time-invariance is important. Once we allow certain aspects of the circuit to vary in time, the question of successive independence and conditional dependence on historical system behavior needs to be answered. Modeling this type of behavior in nonlinear feedback loops and control loops remains an active research topic, both mathematically and experimentally.

For the vast majority of systems you’ll encounter, you’ll simply need to consider the linear and nonlinear circuit behavior, as well as how this behavior relates to the probability a component is overdriven. Once you’ve determined the range of possible voltage, current, or power values in a particular component, then you can get a sense for whether the component will be overdriven. An example of an arbitrary probability distribution is shown below. 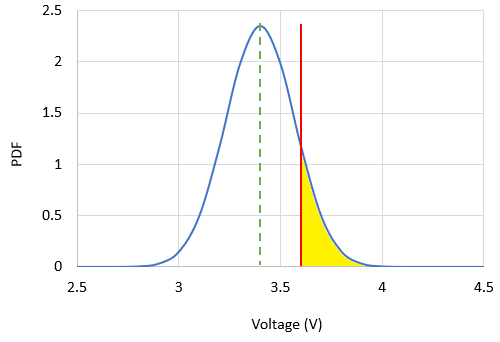 Probabilistic design for reliability results: this curve shows the probability that a component is driven above its absolute maximum voltage (shown in the yellow shaded portion of the curve).

This simple example should illustrate the importance of reliability analysis; there is an 18.5% chance that the system will have a lower lifetime than its rated lifetime. Another way to think of it is like this: approximately 1 in 5 finished devices that leave the factory will fail early. For mission-critical electronic systems, this kind of high failure rate is unacceptable.

There are two ways to solve this problem:

Understanding tolerances versus nonlinear circuits is an important next step for working through probabilistic design for reliability.

Even if your circuit is purely linear, component tolerances and the electrical behavior they produce will not always scale linearly. This is because variances in component values add and subtract in quadrature. When you’re considering electrical behavior produced by lumped circuits (e.g., a voltage divider or matching network), there is no specific rule for combining variances.

An example of what can happen in a nonlinear circuit is shown below. Here, the graph on the left shows the range of tolerance values for a commercially-available 27 Ohm resistor. A nonlinear circuit can transform this normal distribution into a non-normal distribution, depending on the nature of the circuit. As a result, there is a somewhat longer on the voltage produced across a particular component.

Example probabilistic design for reliability results for a nonlinear circuit. The left curve shows the probability of measured resistance values for a 27 Ohm resistor. The right graph shows the voltage seen by some downstream component in the circuit, and the yellow region shows the range of voltage values above the absolute maximum voltage.

Two tools for examining the effects of component tolerances on reliability in linear and nonlinear circuits are Monte Carlo simulations and smoke analysis. Monte Carlo simulations are straightforward: simply define a probability distribution for component values, draw 100,000+ random component values, and use these values in a simple DC sweep or frequency sweep. These simulations are quite time consuming, but they can be used to produce a histogram showing the range of electrical values that will determine performance and reliability in your circuit. 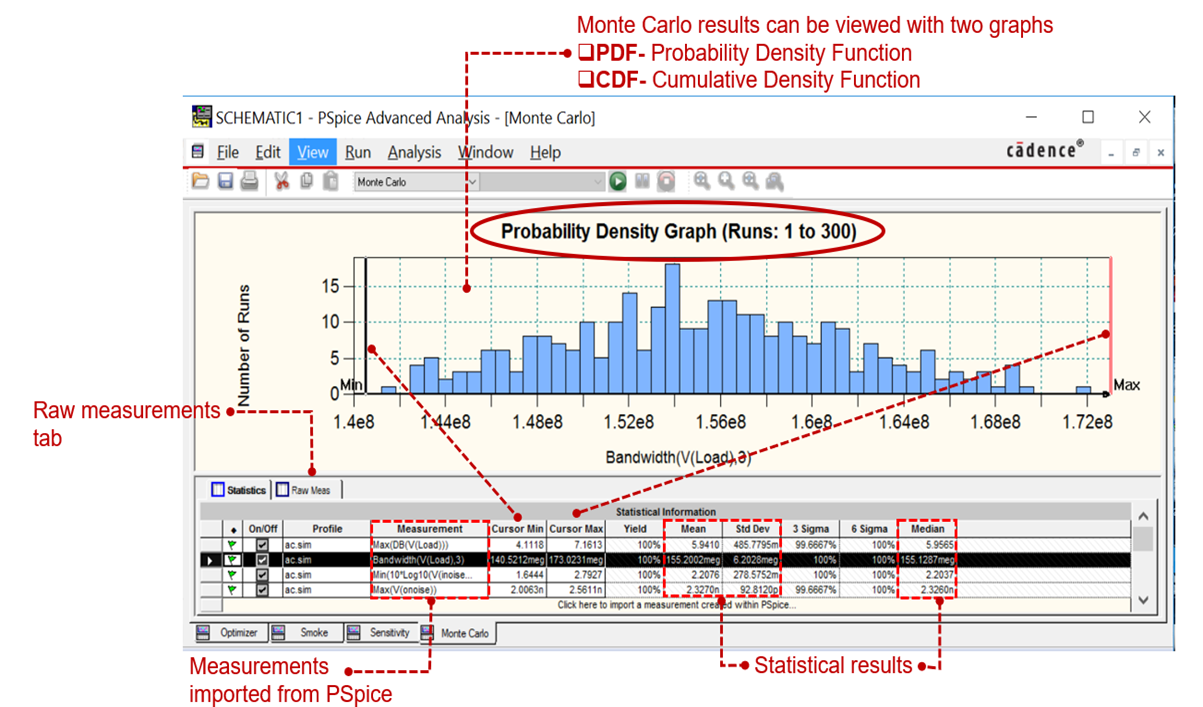 Smoke analysis takes a similar approach as that shown above. Here, electrical values in components that fall above component ratings are flagged in a window, showing you exactly which components are most likely to fail when run near or above their ratings. Both analyses are preferable to calculating expectation values and transformations of probability distributions by hand. While these are fun math problems, they are time-consuming, and it’s better to use some circuit simulation tools when you need to get accurate results quickly.

You can perform probabilistic design for reliability for your next board when you use the best PCB design and analysis software. The Monte Carlo and Smoke analysis circuit design and analysis tools in PSpice Simulator for OrCAD, and the full suite of analysis tools from Cadence, are ideal for implementing advanced circuit analysis techniques. You’ll also have access to verified models directly from manufacturers for simulating circuit behavior.