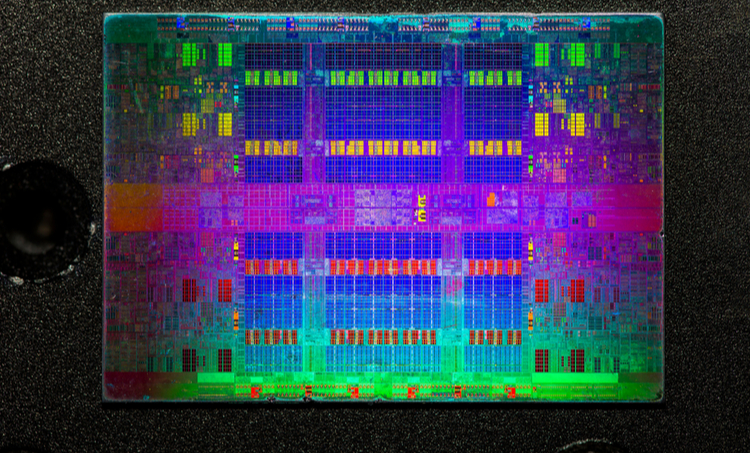 Arguably the most studied artifact ever is the Shroud of Turin. The reasons for this extensive examination span from religious suggestions of the source to scientific curiosity of the process. The fact that a cloth impression of a man has remained so well-preserved for millennia when no apparent dedicated processing techniques were used is fascinating, at the very least. There does seem to be a consensus that light was a central agent, which indicates some type of imaging. Investigation of the Shroud will likely continue, however, the effectiveness of imaging to accurately preserve a projection from a source onto another material is a lesson that is undeniable and practiced routinely today.

One form of imaging that is commonly used today in electronics is lithography. This basic method that has been around for over two centuries employs adhesion and resistance to create electric circuits for semiconductors and circuit boards. It is an essential technique for the initial step of building boards, and it affects the ease of PCB fabrication and consequently the overall PCBA development process. Before exploring ways in which PCB layout design can aid board development, it will be informative to more explicitly define lithographic processing.

The foundation of lithographic processing is lithography. Lithography was invented by the German playwright and actor Johann Alois Senefelder in 1896 while searching for a better way to print his plays. The resulting technique originally was called ‘stone printing’ because a flat stone was used as the printing surface. After refinement, the method where the positive attracts ink and the negative rejects ink proved to be cheap with very good reproduction and was dubbed lithography.

Since its inception, the oil and water process of lithography has been transformed into an optical process. This lithographic process involves the transfer of an image into a thin film or substrate material below a photoresist material. The unwanted areas of the original image are repelled by the resist, which is subsequently removed, leaving the desired image on the now exposed thin film or substrate. The method of exposure for the process may vary, therefore, there are several lithographic processes listed below.

By far, photolithography is the most commonly implemented and is especially suited for electronics, as discussed below.

Lithographic Processing for Circuit Board Fabrication

A major reason why photolithography is so widely used is that it is the preferred method for microfabrication of electronic parts such as ICs, microelectromechanical systems (MEMS), microsystems, and micromachines. Additionally, the process is used on an industrial production level as a part of circuit board fabrication. The steps of lithographic processing for making PCBs is illustrated in the figure below. 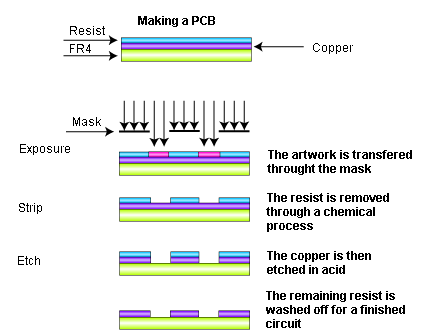 In the figure above, FR4 is shown, however, whatever substrate that exhibits the best dielectric material properties for your application should be used. The exposure is to UV light, in most cases, which has proven to be quite resilient to replacement by newer alternatives, including visible and infrared light lasers. As the standard imaging technique for the PCB stackup layers, both surface and internal, the best strategy is to target the lithographic process as a part of good multilayer PCB stackup planning.

Industrial lithographic processing that your contract manufacturer (CM) likely utilizes allows for high-precision imaging into board substrates. And for the smaller, highly complex PCBAs demanded today, this level of manufacturing is required. However, it is dependent upon the accuracy of the parameters specified in your PCB manufacturing file(s) for design intent fidelity and your incorporation of DFM rules and guidelines for board manufacturability.

To effectively target your board imaging process during design, you need to have sufficient tools with functionalities such as the advanced inner layer routing shown below. 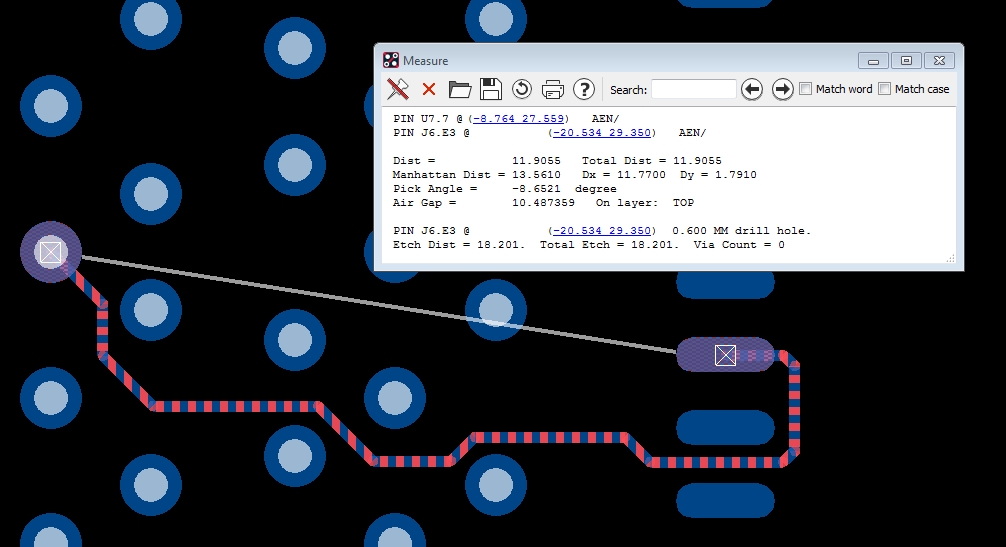 In the figure above, the usage of automatic manhattan routing available with Cadence’s Allegro PCB Design and Analysis package is shown. Additionally, back-end board layout and routing functionality allow for customization and real-time decisions to improve design efficiency and accuracy allowing you to get your designs right the first time.