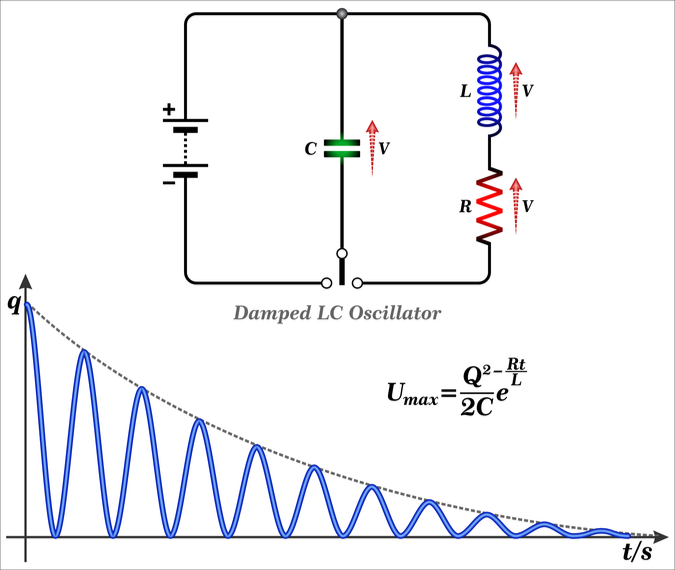 Working in the field of electronics is an adventure that continually changes and always challenges you to think about what is possible. However, like all things in life, there is a beginning and an end at some point. Hopefully, my opportunity to learn and grow within this incredible field is nowhere in sight, but I still remember my beginnings.

In this case, it is my first electronics kit complete with a small soldering station. The kit, of course, included an assortment of electronic components as well as some ideas for simple builds. So, with that in mind, I decided to build a basic radio for my first project. Overall, it functioned, and I was relatively satisfied with the outcome, but this also leads me to want to see what else I could build. Now fast forward to my electronics training at Naval Guided Missile Command, and our first hands-on quiz requires me to create a simple radio.

The one thing the irony of that situation taught me is that everything has its purpose. Furthermore, this certainly applies to electronic components. Take, for example, the electronic oscillator. As you may know, an electronic oscillator is an electronic circuit that generates an intermittent (periodic), oscillating (electronic) signal, which is typically a square wave or a sine wave. The overall functionality of an Oscillator is the conversion of DC (direct current) from a power supply to an AC (alternating current) signal.

The Functionality and Application of Oscillators

In general, oscillators provide functionality for a wide array of electronic devices. These devices include calculators, clock generators, and PCs, to name a few. Furthermore, oscillator generated signals are in use in transmitters (TV), radio broadcasts, and even quartz clocks. With the various signals that an oscillator can produce, it is understandable that we can also characterize oscillators by the frequency of their output signal. Such as:

Note: Inverters are oscillators that generate a high-power AC output from a DC supply by design.

With a nonlinear oscillator, the active and passive components exchange energy. The charging and discharging time-constants involved in that process determines the oscillation frequency.

Additionally, there are various types of Oscillators, and they include:

This, of course, is only a partial list of the types of oscillators, and now that we have briefly covered the basics, the focus of the article will shift to Colpitts Oscillator.

Moreover, like other LC oscillators, the Colpitts oscillator utilizes a gain device that connects its output to its input via a feedback loop. Also, the gain devices in use in Colpitts oscillators include field-effect transistors, operational amplifiers, vacuum tubes, and even bipolar junction transistors. Furthermore, the feedback loop itself contains a parallel (tuned) LC circuit that acts as a bandpass filter and sets the frequency of oscillation.

Now, as an example, the above circuit diagram shows a Colpitts oscillator with a common-base circuit design. In this configuration, the inductor (L) and the series combination of capacitor 1 (C1) and capacitor 2 (C2) form what we call the parallel resonant tank circuit. As you may know, the parallel resonant tank circuit determines the frequency of the oscillator. Furthermore, the voltage across C is applied to the base-emitter junction of the transistor, as feedback to create oscillations.

The Functionality of the Colpitts Oscillator

For the Colpitts oscillator in the above circuit diagram, the frequency of oscillation is more or less the resonant frequency of the series combination of C1 and C2 in parallel with the inductor (LC circuit). The following formula represents this:

Also, like all oscillators, the active component’s amplification needs to be slightly larger than the diminution of the capacitive voltage divider, to achieve stable operation. For example, if a Colpitts oscillator is in use as a VFO (variable-frequency oscillator), it will perform best when tuning is via variable inductance. The performance of the Colpitts oscillator will also be in contrast if tuning is via one of the two capacitors. However, if such tuning is a requirement, do so by adding a third capacitor in parallel to the inductor.

The Colpitts oscillator is distinctive since it derives its feedback from what we call a center-tapped capacitance. However, it is actually a voltage divider composed of two series capacitors. Furthermore, a Colpitts oscillator’s functionality permits its use as a VFO, such as in a superheterodyne receiver or even a spectrum analyzer if utilizing a variable inductor.

Stress less about the inner workings of oscillator circuits with Cadence’s suite of design and analysis tools. Strong layout tools like Allegro PCB Designer can augment and facilitate a design workflow that makes verification, routing, and analysis completion easier and more efficient.