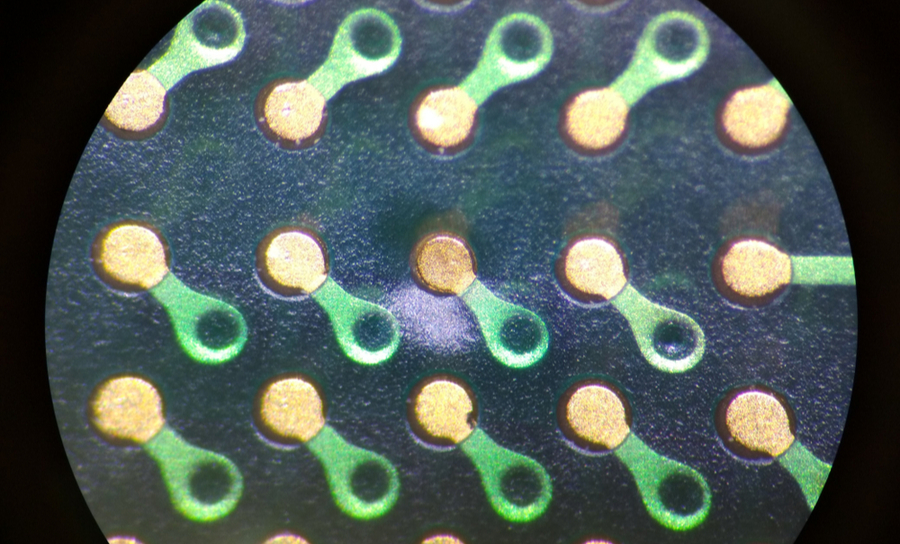 A via or VIA means way or path in Latin. However, in terms of PCB design, it stands for Vertical Interconnect Access. By definition, vias on a printed circuit board, are conducting pathways between two or more substrates or layers. They are created by drilling through the PCB at the appropriate place where two or more layers will interconnect and allows copper to run through the hole.

In terms of PCB design importance, vias are at the top of the list. In regards to via construction, they consist of two pads in corresponding positions on different layers of the board and are electrically connected by a hole through the board. The (through) hole’s conductivity is due to electroplating as well as its tube or rivet lining.

Although the design or construction of a via is somewhat simplistic and straightforward, that does not minimize their importance to design and electrical functionality of a PCB.

Components Making Up a Via

A via consists of three main parts; they are as follows:

There are different types and application criteria for vias, but they all perform the same function. One such variation of design and application is the use of castellated holes.

Castellated-holes or (semi-plated board edge holes) that are found on the edge of PCBs and usually as plated half-holes. They may also be off-set so that instead of a perfect semi-circle, they appear as a small or more substantial portion of a broken circle. The most common purpose of these castellated-holes is the soldering of one PCB directly on to another PCB.

The Three Via Types or Structure

The first type of via is a Through via. This particular type of via is a hole drilled through from the top layer to the bottom layer. Furthermore, it is open at both ends to allow for plating solution to flow through and coat the hole-wall to enable conductivity. The process of drilling Through vias is straightforward, providing you adhere to the fabricator’s specifications on minimum diameter, maximum aspect ratio, and adjacency.

The second type of via is known as the Blind via. Blind vias have mechanically drilled holes from the top or bottom layer that stop at a designated point before traveling the full distance through the PCB. They can be used to connect an external layer to an adjacent layer or another layer below. However, they do require more careful and precise planning to guarantee proper functionality. Also, unlike a Through via, a Blind via is only open at one end. The use of this technique prevents plating solution from flowing entirely through the hole.

The third type of via is the Buried via. A Buried via also utilizes a mechanically drilled hole. They are generally used to connect internal layer structures only. During construction, they are initially drilled as through holes from top to bottom of a laminated internal structure before being plated and filled in preparation for final lamination.

A Minor Note on Microvias

Another type of via is the Microvia. The use of microvias is usually for the interconnects between layers in high density interconnect (HDI) substrates and PCBs to accommodate the high input/output (I/O) density of advanced packages. In recent years, their increase in use is due to the upsurge in the need for portability and the demands of wireless communications.

Via Current and their Role in PCB Functionality

As I am sure you know, the primary purpose of any (PCB) via is to provide a path for passing an electrical signal from one circuit layer to another utilizing a plated hole wall. Although vias (thermal) are also used to dissipate heat as well in some applications.

So, if there is an electrical signal, then there is current. The via’s ability to conduct these electrical signals (current) is the difference between a PCB functioning properly or not at all. When a via is unable to conduct current properly, this is when you have mishaps such as shortcircuits or even total electrical circuit failure occur.

Therefore, it stands to reason that one must be able to measure this current as well. Also, the task of calculating via current by today’s PCB designers is usually with a via current calculator. 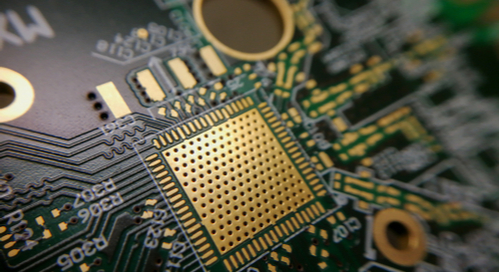 An array of vias can serve purposes such as mitigating impedance and contending with heat dissipation.

The Importance of Via Current Calculations

All vias have inductance and resistance. Therefore, if you are routing a trace from one side of the PCB to the other and need low inductance or resistance, use multiple vias. However, you must also take the size of the via into consideration. As I am sure you remember, resistivity and conductivity are inversely related. So, the size of a via is especially crucial since they have resistance values. In general, larger vias have lower resistance. That is why larger vias are especially useful in grounding filter capacitors and high current nodes.

Having addressed the inductance and resistance properties of vias, it stands to reason that they can affect actual current flow. Like wires, resistance in vias produce a loss of energy, and it is usually in the form of heat. This side-effect is detrimental to PCB functionality. Therefore, being able to calculate the current carrying capacity of vias is a necessity of proper PCB design.

Although there are complex variables involved in these calculations, all is not lost. With accuracy being today’s go-to buzz word when considering PCB design, it is no surprise that the calculations we need to complete these designs are very crucial. In terms of via current forecasts, there is one standard that receives universal acceptance; IPC–2152.

PCB Via Current Calculator per IPC-2152

The IPC or Institute for Interconnecting and Packaging Electronic Circuits is the trade association for the electronic interconnection industry. They provide standards for the assembly and protection of electronic equipment, as well as training, market research, and public policy advocacy. The IPC’s standards are the most widely recognized acceptability codes in the electronics industry.

Without these standards, achieving consistently high-quality and reliable products that meet customer expectations would not be possible. Therefore, it is essential that companies in the business of producing PCBs and the products that use them, commit to quality through the use of IPC standards for printed circuit boards.

As I mentioned earlier, one such standard that affords PCB designers the ability to maintain proper and consistent functionality of their PCBs is the IPC-2152 standard. With it, the via current calculator calculates the current a via needs to raise its temperature over ambient per IPC-2152. The standard provides the current carrying capacity limits of vias.

Other via properties to consider include:

Gone are the days of extracting (numerical) results from a chart, especially since this usually leads to estimating. Although you can use imaging software to obtain accurate values from a chart, it is time-consuming.

However, this is where an online calculator becomes an invaluable tool and a real time saver. Instead of obtaining values from a chart with imaging software or a ruler, you can directly calculate the appropriate trace area and current capacity for a given temperature rise. Furthermore, the IPC-2152 data is easily accessible, and it allows for anyone to be able to determine these formulas on their own. Overall, anytime a process becomes more efficient, it only increases the design and build-quality of PCBs as a whole. 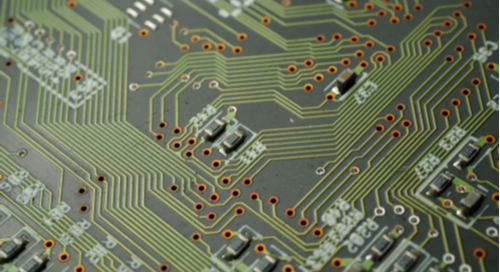 Via current calculations are an integral part of overall PCB design or at least it needs to be. The fact remains that the complexity of PCB’s continues to increase, and with it, the number of components which leads to the need for multiple layers.

Vias are a necessity in designs because they can afford the designer with shorter paths without sacrificing performance or signal integrity. Therefore, the need for accuracy and efficiency is paramount when calculating via currents as to avoid PCB failures or degradation in overall PCB performance.

Creating the best circuit boards utilizing vias is no longer a problem with Cadence’s suite of design and analysis tools. Unquestionably, OrCAD PCB Designer is the layout and production answer you’re looking for to manage via current throughout any PCB design.