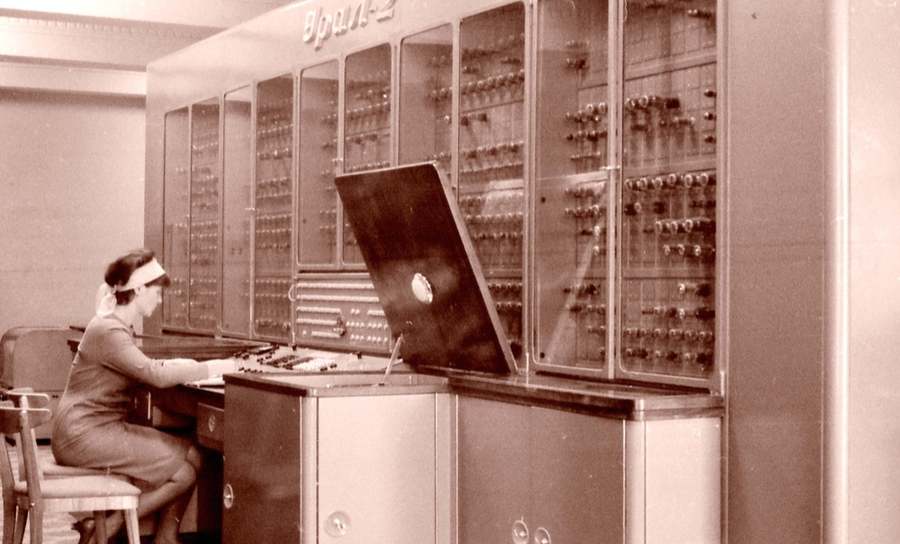 When I was young I used to experiment with different circuits from the electronic hobby kits that my parents gave me. One day I decided to pull the components from the radio kit and attach all the parts together on a thin sheet of plywood. I carefully drilled holes for the leads of the parts to go through and arranged them in patterns for their connections to be soldered together easily on the back side of the plywood. Without realizing it I had designed my first circuit board, and I still have that board hanging up next to my desk at home as a reminder of my past and the beginning of my journey as a PCB designer.

It is said that those who do not remember the past are condemned to repeat it. Since as a PCB designer I really don’t ever want to drill holes in plywood again for my next design, it’s not a bad idea to keep in mind where we have come from in our industry. Remembering where we have come from also helps to firmly establish a foundation that we can grow on. So let’s take a quick trip down memory lane for a snapshot of the PCB history that has led us to where we are today as PCB designers.

PCB History: From a Jumble of Wires to an Organized Board

Before printed circuit boards became the standard for mounting and connecting electronic components together, point to point construction was used for electronic manufacturing. Components would be mounted to a base or in sockets or even directly to the chassis, and their leads and wires would either be soldered, crimped, or attached with screw terminals. This was a time-consuming assembly process that often resulted in connections that were prone to corrosion or mechanical failure.

Creating an electrical path on an insulated surface was first experimented with in the 1920s, and those first circuit boards weren’t pretty by today’s standards. The base material of these boards could be almost anything and their drilled holes would have metal riveted into them, but they got the job done.

The need for printed circuit boards escalated with the new technologies being introduced for the war effort during the 1940s and soon double-sided PCBs with through-holes were being produced. Many production processes that we are familiar with today were introduced during this time including the dip solder process that has evolved into modern wave soldering. During the 1980s the use of surface mount parts increased over standard through-hole parts and technology advancements such as high density interconnect (HDI) PCBs continue today. 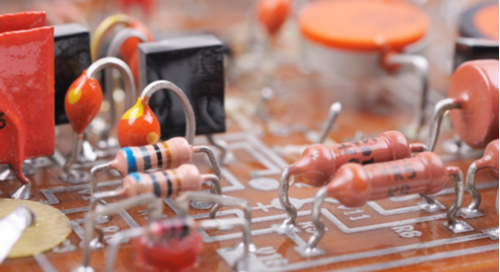 Even old circuit components can get the job done still

As designers, there is a specific aspect of PCB history that is of particular interest to us and that is the progression of PCB layout techniques. Before CAD tools were in use the layout designers would work from hand drawn schematics. They would first lay a transparent grid down on a light table and then cover that with a sheet of frosted drafting film to work on.

Manual layout like this was typically done at four times the regular size of the board, although 2X and 10X were used as well. Paper templates called dollies, which represented the components, were then attached to the drafting film for the designer to be able to know where to draw in the traces. Using a pencil the designer would draw a straight line for one layer and a dotted line for the other. For multi-layer boards, multiple sheets of drafting film could be used with colored pencils representing the different layers.

Once completed, the hand-drawn design would have to be recreated with opaque materials in order to be photo ready. Another transparent grid would be laid down over the hand-drawn work followed by another drafting sheet, and then the designer would start placing sticky black dots or pads to represent where the holes were to be drilled. Additional drafting sheets would be added for each layer, and the designer would then stick black tape down to follow the hand-drawn traces. Working with dots and tape required that the design obey spacing regulations even if that meant using an exacto-knife to trim the dots or tape. A special shoutout to Bishop Graphics for being the provider of the pads, dots, and tape. Once completed, the layers of dots and tape were now ready to be photo reduced to the correct size. 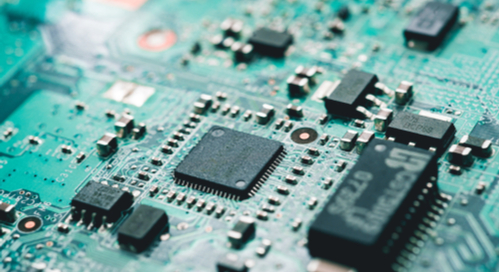 Working through printed circuit board testing has never been easier

CAD Tools for Circuit Board Design

Fortunately for us, the days of taping a PCB have been replaced with CAD tools. Starting in the 1960s the first PCB CAD systems were introduced and mostly captured existing layouts. The PCB designers would still draw their layouts in pencil on drafting sheets followed by CAD operators digitizing their work. Soon after that, PCB CAD tools turned into true design systems that allowed the designer to design directly on the system. This required the invention of many CAD processes that we take for granted today such as libraries, design rules, and the ability to create manufacturing output files. After all, the circuit drawing is still leading toward the device.

The early PCB design systems often had interesting difficulties to deal with as well. Some were based on slow computer platforms with minimal data storage that had to be maintained by specialist technicians. Others had interfaces that were frustrating to use, or monochrome monitors that displayed different layers in patterns instead of colors. Slowly and surely though, these issues were addressed and have resulted in the modern PCB design systems that we have today.

Whether it is in the form of auto-routers and layout tools that have more processes integrated, or in file format unification and manufacturing output clarity, PCB design software has made some tremendous strides.

Dwight D. Eisenhower once said, “Neither a wise man nor a brave man lies down on the tracks of history to wait for the train of the future to run over him,” and that description fits the PCB designer well. Through it all, we PCB designers have leveraged our history and continually pushed for the design tool advancements and enhancements we need in order to better get our jobs done. Thankfully the industry has responded with the PCB design systems today that have the capabilities to move forward into the latest design technologies.

Advanced PCB design software like OrCAD has the feature-rich functionality that you need to meet and conquer the design challenges of today and those that are still over the horizon. If you’re looking to learn more about how Cadence has the solution for you, talk to us and our team of experts.