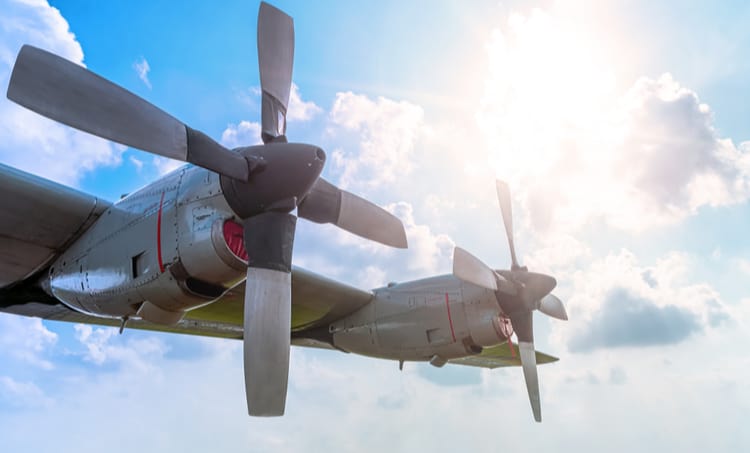 Even the casual aerodynamics enthusiast knows the shape of an airfoil will affect how a plane can maneuver as well as how much lift it can experience during flight. The shape and size of an airfoil are two design factors considered in airfoil design and simulation, where the shape can include the curvature of the top and bottom sides of a wing. When the traditional airfoil design is inverted, we get a structure called a supercritical airfoil, a design that now experiences wide usage in commercial and military aircraft.

Why is a supercritical airfoil design important and what are its implications in terms of fluid flow over the wing? The benefits arise in terms of drag, which lowers overall fuel consumption, specifically when the aircraft approaches transonic speeds. We’ll explore these points in this article as well as what you should look for in CFD simulations of supercritical airfoils.

What Is a Supercritical Airfoil?

Traditional airfoil design applies a camber to the top and bottom surfaces of a wing; the top half typically has a larger curvature while the bottom surface has smaller curvature and appears flatter. A supercritical airfoil inverts this, meaning the top side of the airfoil is flatter while the bottom side has more curvature. A cross-sectional view of a supercritical airfoil is shown below. The chord line shows the angle of attack with respect to the horizontal axis.

One point that a knowledgeable designer might note is that the flattened surface on the top of a supercritical airfoil will cause the wing to experience lower lift during flight. In a traditional airfoil design, the rounded upper surface forces airflow to move faster along the top of the airfoil. According to Bernoulli’s principle, this would mean the pressure at the top of the wing is lower than at the bottom of the wing, thus the aircraft would experience lift. If the design was inverted, one would expect the wing to experience negative lift during flight.

To compensate for this, a supercritical airfoil uses an accentuated curve along the bottom side of the wing’s trailing edge. This is shown in the above image as a concave region along the back side of the bottom surface. The attack angle can also be used to compensate for lift that would be lost by having a flatter top surface. The presence of the concave camber on the back edge modifies the flow behavior along the wing, particularly when the design approaches transonic flight.

Benefits of a Supercritical Airfoil

A supercritical airfoil provides a few benefits in terms of efficiency, including near transonic speeds.

We can see how benefit #2 arises by looking at a cross-sectional view of the airfoil at transonic speeds. Compression of the oncoming air front is spread across a larger surface up to the flow separation region, thus the maximum pressure in this region is lower and the shockwave amplitude will be lower. This is conventionally visualized by comparing a conventional airfoil with a supercritical airfoil, as shown below.

Shockwave development along a supercritical airfoil vs. a conventional airfoil

Like any system that might experience a transition to turbulence and unique behavior like shockwaves, flow across supercritical airfoils needs to be evaluated using CFD simulations. Shockwave formation is highly nonlinear, as the density of air is dependent on wave velocity, which makes the problem of mathematically describing shockwaves more complicated in complex systems.

When studying a supercritical airfoil design in a CFD simulation, the designer should try to spot the location where flow separation occurs at high velocities as well as the total amount of lift and drag acting on the wing. This can be visualized by looking at the streamlines across the wing; as shown above, flow separation along a supercritical airfoil will occur farther back along the trailing edge of the wing. This will determine the amount of drag acting on the wing during flight. In addition, the air pressure should be examined to determine the amount of lift acting on the aircraft.

When the aircraft approaches transonic speeds, the supercritical airfoil should delay any shockwave generated along the leading edge of the airfoil to higher critical Mach numbers. The amplitude of the produced shockwave should also be lower and the shockwave may develop in a different location compared to a conventional airfoil. This can be verified by visualizing the pressure fronts that build up along the flight direction. One strategy to determine the maximum shockwave amplitude is to plot this as a function of relative airspeed and density at transonic speeds. 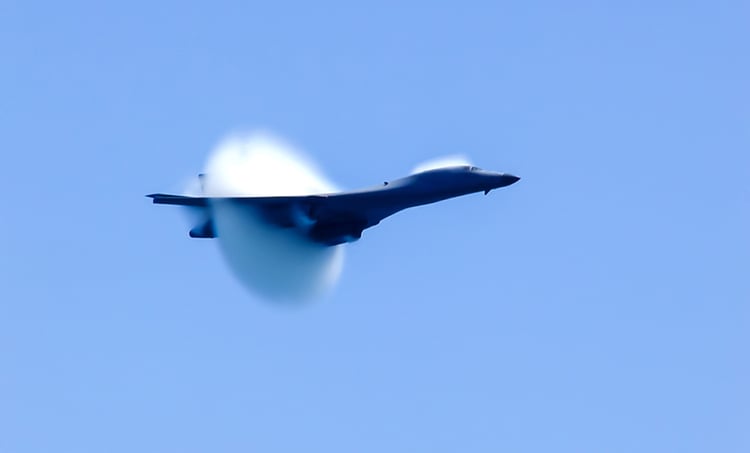 A shockwave will develop along an aircraft flying at transonic speeds

Whenever you want to study shockwaves and flight instabilities produced by a supercritical airfoil as well as the aerodynamic forces that develop on these structures, use the complete set of CFD simulation tools in Omnis from Cadence. Modern numerical approaches used in aerodynamic simulations, turbulent and laminar flow simulations, reduced fluid flow models, and much more can be implemented with these tools.

Subscribe to our newsletter for the latest CFD updates or browse Cadence’s suite of CFD software, including Omnis and Pointwise, to learn more about how Cadence has the solution for you.