It’s tough out there and it seems to get tougher every year. As organisms, our stark choices are to adapt, to move or to die. Our electronics sometimes have to tough it out so that we can do our jobs or simply have a good romp on our favorite ride. No matter the purpose, going into extreme weather puts an electrical system to the test.

Whether the element is sand, salt water, sunshine or perhaps a lack of sunshine, there are many dangers that age a system prematurely. Most of the faults caused by the environment will be single component failures. Ok. So a part failed. Why? What is the root cause and what can we do to prevent it from becoming part of a larger trend? Answering that two-part question is the gist of Reliability Engineering. 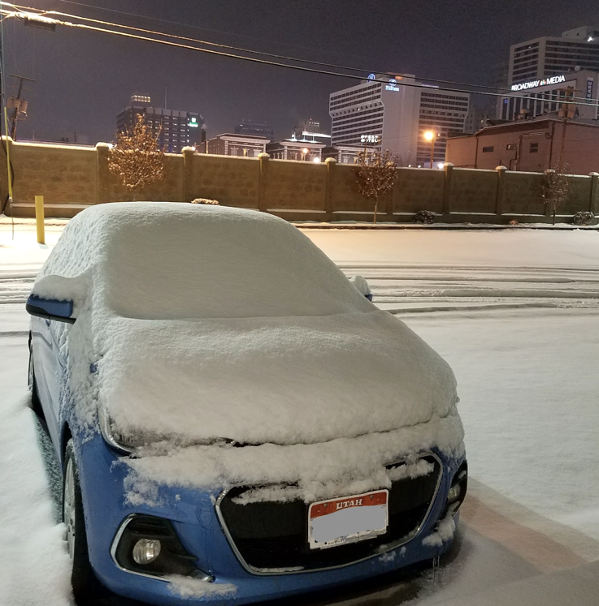 Figure 1. Image Credit: Author - I’m sure this overnight accumulation looks tame to some of you, but moisture is an arch-enemy of electronics along with our other metal objects.

What actually broke is not always evident. There may be cosmetic damage or a burn-scar to point the way if you’re lucky. In most cases, it’s normally not that easy to diagnose. Checking connectors is first while the board level investigation usually centers around the FETs that bring power to the device that is out of spec or failing altogether. Somewhere in there a tiny junction has burned up. The repair and return unit or perhaps field service technicians would be a good source of reliability anecdotes.

Shock and Vibe over time will make anything rattle itself to pieces. We can run into some unexpected issues with resonant frequencies. Everyone remembers the footage of the bridge across the Tacoma Narrows. Galloping Gerty came down as the roadway itself was wind-tossed into 30-foot waves. The same sort of thing happens on a smaller scale and at higher frequencies all around us. Something will begin to rattle in the wind until it breaks off. 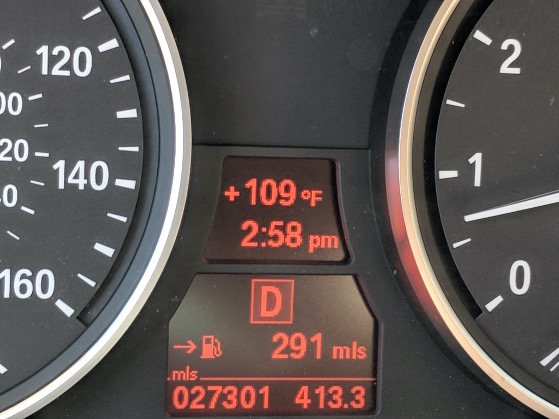 Figure 2. Image Credit: Author - The car suffers in the mid-day sun and I come along and demand that it envelop me in a cocoon of frigid air. Like it or not, that’s going hard on the equipment.

Spread Out the Components To Relieve Heat Build-Up

What separates the high reliability PCB footprints from the standard ones? You’ll see the difference in the size of the solder pads. Expect more room for the toe-fillet. This often increases the personal space around the component while providing an additional metal to air interface area for convective heat dissipation. The additional spacing created by the extra metal may not seem like much but on aggregate has been shown to reduce junction temperatures.

The other thing that separates the high-reliability footprints is simple. Stuff them with components that are better than good enough. Twice as good is a high bar and good place to start when it comes to derating the components. If a 50V cap is sufficient, go for the 100V version.

Chunky hardware with closer spacing isn’t just for the steampunk effect. Plan for a few mounting holes in the middle of the board rather than just the corners. You’ve seen a heat map. The hot spot isn’t out there on the edges. As a practical matter, a gratuitous hole here or there could be a bargaining chip as the board evolves into something more crowded than originally planned. You know what they say about plans.

It was easy to distinguish the TTL packages of yesteryear. The high reliability ones had a device number that had a “54” rather than the “74” used on commercial devices. The LS stands for Low-Power Schottky which predates the even lower power CMOS architecture. This example is a stand in for the universe of components that follow this technology path. 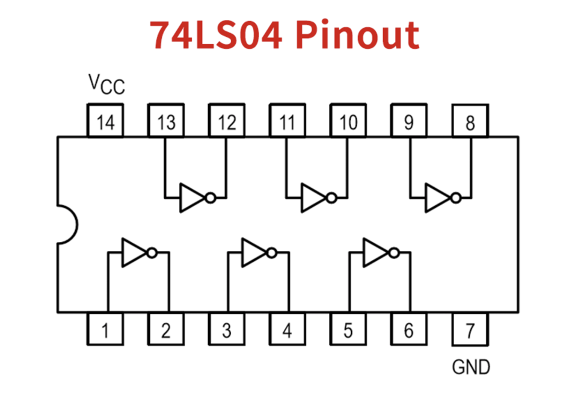 Figure 3. Image Credit: Netsonic -This hex inverter circuit plays out on different footprints starting with DIP packages and then SOIC became the surface mount version for the plastic package. The underlying silicon has gone through several iterations along the way while the high reliability versions are on their own package outlines.

The ceramic packages withstand a greater range of temperatures than the plastic packages. No surprise that high reliability packages are not always the smallest available. It’s a paradigm that carries through the connectors down to the passive components. Get those commits early and nurture them so the part pipeline is there when you need it. Mil-Spec components are an upgrade whether the board is actually class III or the commercial grade class II so it’s about cost and availability.

Use Adhesives and Conformal Coatings To Prevent Unintentional Disassembly

If you want everything to stay put, then a shaker table is going to be part of your life. These instruments of mechanical terror are specially designed to shake other smaller things to the point of failure. You can only imagine how over-built a shaker table has to be to outlast whatever is bolted down on its base plate.

When the dust settles, the weakest link(s) will be revealed and additional actions can be taken. During the pre-production trials on the Pixel laptop, we had a connector that would not stay put after the three-foot drop-test. We hope you never give your laptop a three-foot drop onto concrete, but if you do, there is a little bracket that holds the USB connector in place. 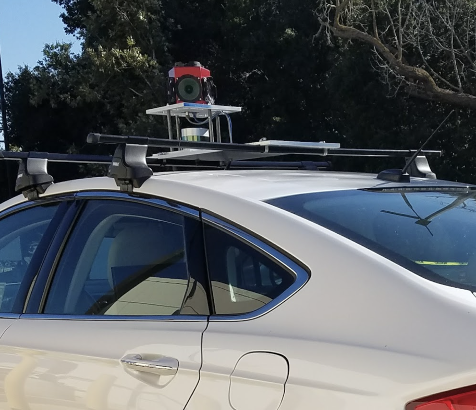 Figure 4. Image Credit: Author - A car top is a good place to be out in the elements. Any outdoor location will do while motion will amplify the effects.

Riding around on the roof of a car is another challenge that you should never have to face. Putting a Lidar detector up there, on the other hand, can be loads of fun. Simultaneous location and mapping, (with the somewhat unfortunate acronym, SLAM) requires an immense amount of processing while jostling around through rain, sleet and stuff.

The connectors in particular, are pretty well overbuilt, especially when you’re looking for a place to put that ethernet port. Nonetheless, a bead of glue around the base is an insurance policy. Post assembly coatings make rework next to impossible but also protect the devices from failure making it a good idea for space-bound projects.

Use Heavier Copper To Give the Boards Some Backbone

Not sure if anyone besides those in the PCB industry uses the weight of the copper as the significant variable to determine the thickness but here we are. Take one ounce of copper along with the fact that it is very malleable and shape it into a one-foot square of even thickness. That’s one-ounce copper and typically about as much as would be used for the outer layers while the inner layers normally get half of that.

Inner and outer layers can both plate up. One result of this will be an increase in the minimum trace width and spacing geometry. The thicker the copper the coarser the line-to-line pitch becomes. Taken to the extreme, an entire base plate of copper with no circuit pattern can be incorporated into a board. That could be a solid copper bottom layer or as a central metal core. For a local effect, a so-called coin can be embedded as an integral heat sink.

Shock Mount Electronics Inside a Cage Within a Cage

Flight cases offer a standard 19-inch equipment rack-mount that is isolated from a secondary outer case that ensures that the contents are not subjected to sudden g-forces from being loaded and transported. Something is better than nothing when it comes to bolstering the unit against the expected use-case. 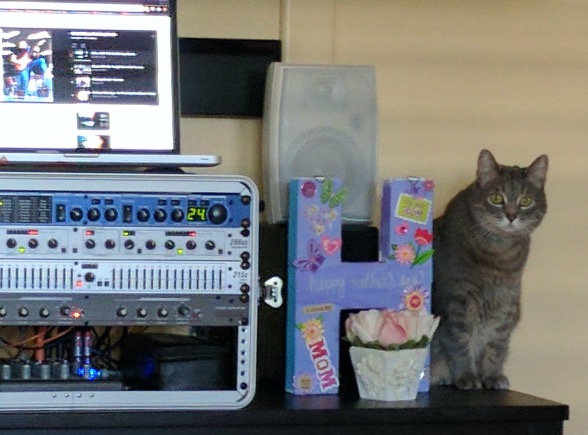 Figure 5. Image Credit: Author - My gear is rarely moved and then, only short distances by car so the amount of protection is minimal. Cases rated by the ATA (Air Transport Association) are built to withstand being treated as cargo.

Depending on where you want to go and what you want to do, your electronic devices have to be hardened against failure. We are often the cause. Who hasn’t dropped their phone at least once? The reliability lab focuses on finding root causes of failure. Take whatever measures are necessary and prudent for the perils that the gear you design is likely to face.

Sometimes, reparability will suffer for the effort of making it bullet proof. The motivation is to reduce or eliminate the repairs in the first place. Fail fast and go to mass production with the most solid product you can put out there. Your customers will then put it to the test so you can continue the cycle of continuous improvement.