The only thing to be said about a chain is that it is as good as the weakest link. While a PCB is more like a web than a chain, it’s still a matter of the weakest connection being the one that determines the absolute quality of the PCB and PCBA. Lucky for us, the most common failure point will surface as the yield falls off.

Smart manufacturing processes are zeroed in on cost. Warranty and RMAs (returns) can sink a business model into the red especially in low-margin consumer goods. Even when return on investment is high, we still have to strive for even better. Defective products are a mostly avoidable cost. A usual suspect for a slew of defects is a solder joint failure. Rarely, a bad batch of components gets out into the wild.

The day-to-day focus in the assembly house is on soldering yields. When I was younger, I had a full-time job looking at printed circuit boards. At the beginning, it was boards that were already stuffed. We were responsible for checking the polarity of the ICs, the values of the descretes. Of course, the board labeling had to match the docs.

Finally, we looked for all of the cosmetic infractions, solderballs, flux and so on. My first day on the job, I noticed that the meniscus of some of the mica capacitors were pressed down onto the board in such a way that leaves no room for a solder fillet. The Workmanship manual states that all plated through-hole leads would have a solder fillet on both sides. I rejected the entire lot of boards. 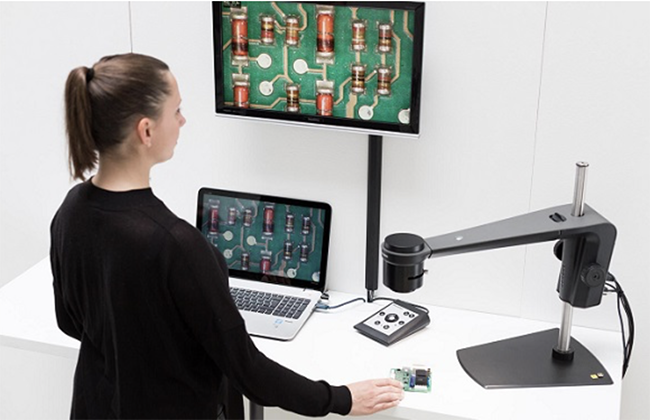 Not so fast! These are analog boards and any of those caps that are pushed down like that are done that way because the lead constitutes an antenna. We have to rely on one solder fillet. The reject was overruled for practical purposes. To be honest, the digital world seems a lot more predictable than the wireless world. It was good to have an early taste of both worlds.

Careers progress or you have to go out and make them progress. I grabbed the chance to move to the receiving inspection lab and have it as my sole domain. The analog business happened to be the root-business of the company. The division that I transfered from went through a digital telecom explosion that we’re still riding all these years later.

But meanwhile, I had to inspect individual components on up to top-level enclosures. By far, the most involved parts were the PCBs. The fab notes are normally going to tell how the boards are to be packaged. If the bagging and boxing wasn’t right, the inspection was over.

If we made it past opening the box, a few “volunteers” randomly selected from the shipment were put on a granite table so we could check for flatness. You have the board on a flat surface and a jewelry box with a collection of pins with diameters that range from small to really small. The length of the board and the warpage spec will determine the size of the pin to use as a go/no-go gauge. The same pin-gauge set was useful for verifying hole diameters. Accurate measurements for holes that were dimensioned center to center also used the pins and a little math. Inner radii were the other use-case for a graduated set of pins.

The board’s outline geometry was also measured using calipers and occasionally micrometers. An optical comparator was used to cast a shadow that was 10X actual size for measuring finer details. Then there was a light-table where the board and the film could be compared. Looking at inner layers was iffy but we could line up the mylar for outer layers of metal, mask and ink. 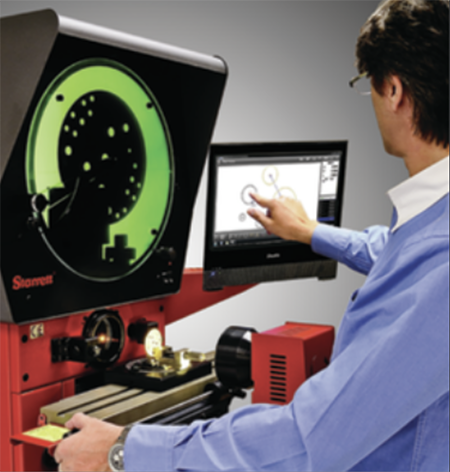 Image Credit: GR Metrology - An optical comparator: The shadow knows and tells when a profile is off the grid.

There are rules for how much copper has to be plated in the barrel of a hole. Any rules like that have to be verified. We have a quick and non-destructive method using a machine that simultaneously probes the top and bottom of the hole and displays a reading. Another method that was used in the reliability lab was to cross section the board. The slices were embedded in clear plastic for inspection under a microscope. The microscope could also look down the hole for voids.

Another machine can figure out the thickness of the gold on a gold finger without so much as leaving a scratch. This machine was literally radioactive and had to be recalibrated by measuring known samples from time to time. The notes and figures on the fab drawing provided a laundry list of items that the board had to pass before it could go into stock to be kitted for assembly.

Once through assembly, the fun really begins with bring-up. Depending on the run-rate, automated test equipment or human technicians put the item through its paces. Analog circuits may be more hands-on with select-at-test values or soldering iron wizardry to complete the impedance matching efforts.

In all cases, the unintended opens and shorts are sniffed out and evaluated. One-off problems may be reworked or scrapped. Persistent problems are root-caused. If need be, design changes are requested. The assembly house is incentivized to learn to make due with the material on hand. For one thing, the wheels keep turning for the design at hand. 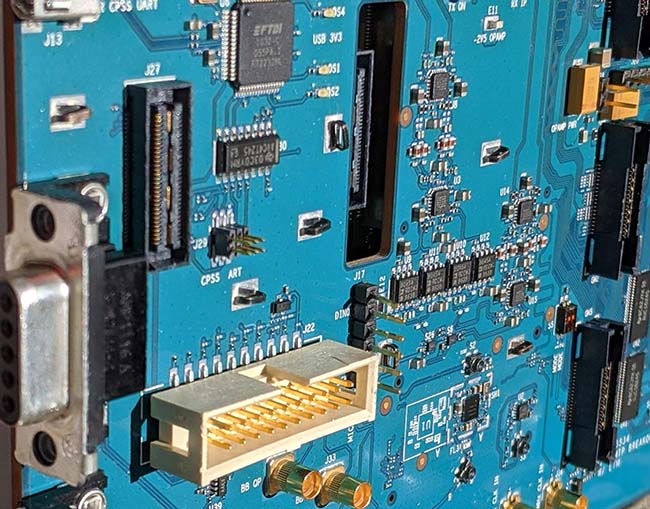 Image Credit: Author - Every device will require a dedicated test fixture for bring-up.

Meanwhile, any material change is going to be met with the whole new product introduction (NPI) plan. That potentially means requalifying the unit for FCC, UL, or whatever standards have to be met. The emphasis is more on making it fit and making it work as is rather than taking the risk of trying to fix it with a major upgrade.

Every public company runs the business as if it was a series of 13-week operations. The factory is where the results of the quarter play out. Our PCB designs set the upper limit of how good the product can be. Our documents set the bar for every aspect of the product. The contribution of the PCB designer is felt each and every day on the assembly line.

On behalf of the people who do the job I used to do, I implore you to take a long look at your drawings and make them as clear as possible. Make it about the board, the whole board and nothing but. Strengthen your weakest link and move on to the next one.