Music is a big part of my life, though not a money-maker by any means. I’m sure that’s true for most musicians. Another common thread is that we like the kind of gear that allows us to create the sound in our heads or perhaps chasing someone else’s tone for a cover song.

Many bass players rely on a certain kind of bass guitar that was invented in the 1950s. They are typically known as Precision basses because they use special wires (frets) across the fingerboard rather than relying on the finger location to establish the pitch of the notes. In that regard, most basses could  be considered to be a “P-bass”.

That’s not how it works. The vast majority of guitars and basses are fretted instruments. What distinguishes the P-bass in practice is the use of a so-called split coil pick-up. The split coil was an advancement on the single coil pickups that are prone to picking up noise, especially the 50-60 Hz hum from alternating current. 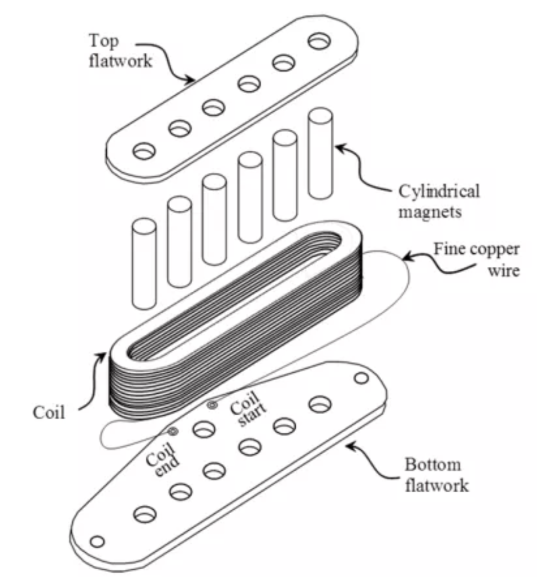 As the name implies, the single coil pickup is made from a long wire that is wrapped around a bobbin that encases one or more magnets. For the PCB designer, this looks like some kind of an inductor and that’s exactly what it is. We know that the inductor resists changes in current as the primary function but also has a measure of resistance and capacitance.

A split-coil pickup works in a similar way but there are two coils, one with the wire wound around the bobbin clockwise and the other with the wire going counter-clockwise. The offset location takes advantage of the way the upper one will have a strong signal from the low pitch notes. The lower one is located under the thinner strings where we want to accentuate the higher notes.

Six string guitars aren’t as bothered by the difference that you can feel rather than hear over the range of their voice. They would simply pair up two of the counter-wound single-coil pick-ups under all of the strings.

This is almost like a differential pair in terms of noise cancellation. The exact location of the two pickups determines the nature of the sound; closer to the end for a thinner tone. You could have anything up to six pick-ups for a normal configuration. Picking or plucking the strings in different locations has a similar effect to engaging different pickups. 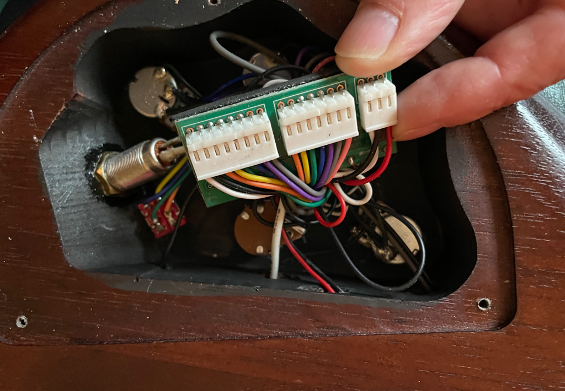 The strings of the instrument consist of various diameters of wire that are then wrapped in their own coils of wire. The overall diameter along with the tension on the string will produce a specific note. Depressing those strings somewhere along the fretboard will change the frequency of the note. This is just a mechanical description. Music theory is a whole different topic.

In addition to the fundamental tone, there are going to be harmonic tones that are strongest at the midpoint and other subdivisions of the string length. The string will produce two or more sine waves along its length rather than just one. This resonance tends to increase the overall volume and we call these the “wolf notes”. I mentioned picking in different locations. We could aim to emphasize the note or stay under the radar just through hand placement.

This is a maco version of what’s going on with a PCB that is producing spurious emissions. The usual fix for spurs is similar; adding a filter of some kind to bleed off the unwanted energy. Power circuits along with analog or digital stimulation will express whatever resonance is created by the value and location of the various parts. It’s rare but a PCB placement could create its own resonance.

Getting back on bass, the metalized string vibrating over the coil(s) has mechanical energy that is transformed into electrical energy.  That small signal is transported down the cable to an amplifier where it is boosted and sent to the speakers to once again become mechanical energy. Then, the sound waves find your ears and any microphones in the room.

The discussion so far has been focussed on so-called passive electronics characterized by  the simplicity of two knobs and no switches. The volume knob is just a variable resistor (potentiometer) in line between the coil and the jack. It is then connected to the tone control which is another pot wired to a capacitor that is grounded. The tone knob is an R/C low-pass filter that bleeds off more and more of high frequencies as you roll off the resistor. There is no boost in this circuit so all it does is reduce the treble leaving the deeper tones to be amplified.

This simple filter can be combined with a high-pass filter so that the high frequency and low frequency waves can be attenuated. That would be called a band-pass filter as it focuses the sound to the middle of the audio spectrum -the “low-mid” in this case. Conversely, cutting the mid-frequencies would be done with a notch filter that passes high and low bands. 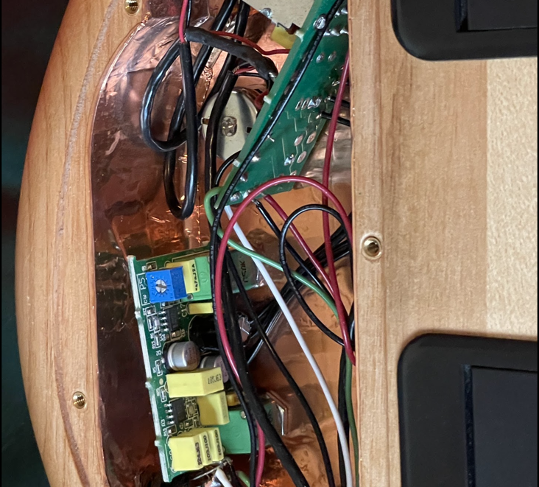 Figure 3. Image Credit: Author - A copper clad pocket on the back of a custom made bass. A second PCB for the other inductive sensor completes the pair all fed by two battery chambers on the right side: Caution 18VDC!

Different values of the capacitor will create a different inflection point or cut-off frequency while the resistor will govern the slope once that frequency is reached. The caps with high values pass more of the low frequency content, my favorite kind.

Before going into PCB design, I was an electronics assembler who would replace the stock caps with MilSpec ones in order to liven up the tone of the rig. In hindsight, it meant that the gear could work in temperatures that it would never ever see; not much else. I didn’t know it then but a series inductor paired with a parallel (shunt) resistor would roll off the lows to create a high pass filter. Save the speakers!

Vintage gear has its limits. The modern player wants the scooped sound of a notch filter cutting the mids while active electronics boost both the upper and lower frequencies. Enter a world of op amps driven by 9-volt batteries. The increased headroom and tonal options means I can get by without a preamp or an equalizer section on the amplifier. This along with effects pedals and rack gear are where the printed circuit boards come into play.

The PCBs built into the cavities of electric guitars are pretty simple providing cut and/or boost of bass, middle and treble with another knob or switch that sets the center-point of the mid frequencies. The first three knobs would have dedicated op amp gates. The mid sweep (or toggle) has a profound impact whether boosting or cutting the center frequencies. The idea is to leave that middle part of the audible spectrum to the vocals and other instruments while rocking the bottom end plus a little bit of articulation on top. Limiting amplifiers known as compressors play a substantial part in being able to hit the strings hard without generating a huge initial spike.

Active bass guitars typically have a balance knob rather than a switch to control how much emphasis to put on the pickups in different locations. Switches plus a volume and tone knob for each pickup is the standard for most regular guitars. I never owned an electric guitar until the pandemic hit. The one I got has one volume knob for each pick-up plus a master volume and tone knob that control both pickups. 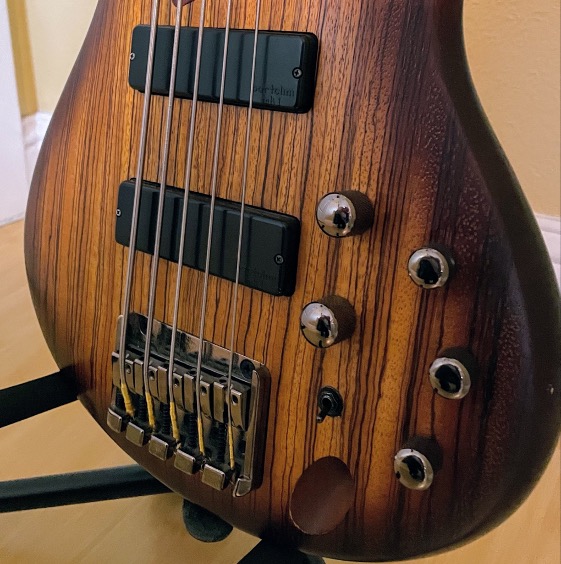 Figure 4. Image Credit: Author - Modernization never sleeps adding a fifth string along with a 3X increase in controls that do more than attenuate certain parts of the input signal.

Having six different potentiometers to twist while on stage is a little much so I prefer the limited tone pallet of the old Precision bass for shows and use the more versatile instruments in the studio or for just messing around. Audio frequencies and music are the basis of this article but similar properties exist for analog and high-speed digital circuits. Clean power is essential. Isolating low voltage circuits is essential. Cleaning up unwanted frequencies to leave room for other signals is part of the plan, no matter what the end purpose.

The fun part is that we want that special character of vacuum tubes so we use tube amps that are delicate, heavy and high maintenance. Or better yet, employ a far more efficient amplifier based on switch mode power supplies which kick ass on bass frequencies. The vintage tone comes from signal processing on a modeling amp or from a pedal board stocked with effects.

There is an entire cottage industry based on recreating lo-fi recordings. Not surprisingly, there are certain circuits and even components that are venerated for their authenticity. The long obsolete LM308 op amp is one such device. You can find one for a few dollars on electronics warehouse pages or browse the guitarrista sites where the asking price is up into three figures - but they add in a socket that is worth almost one US Dollar! 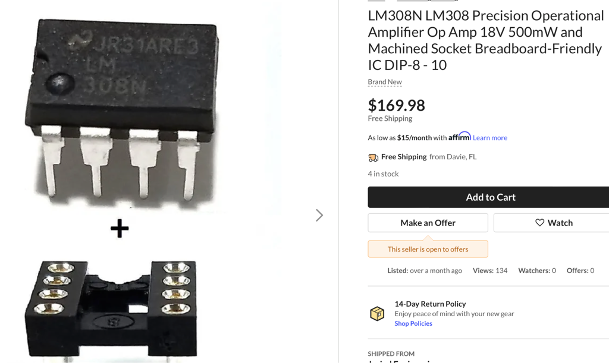 Figure 5. Image credit: Reverb - This is a device that has puzzling popularity to anyone who can read a spec sheet.

Recreating the sound of music for  live shows (again!) or the studio (gets boring) requires dedicated gear to bring out your chops. We do all of this so that the listener can play it back on the most transparent sound systems they can build. The ephemeral aspect of music is said to decorate time in the way that a painting decorates a space.

In the grand scheme of things, audio is near the bottom of the total available wavelengths. It still requires assiduous (sound?) engineering to avoid the resonance trap that lies within each and every circuit no matter where it lands on the spectrum. Tinkering with electronics could eventually lead to becoming the designer of those same kinds of things. One thing leads to another.