Cutting the cord has been a liberating step for we the people. Wireless technology under the aegis of the 802.11 specification that has been around for some time now. So long that the standards body has adopted more protocols than there are letters in the alphabet. One by one, the standards have been improved or regionalized to the point where the newer technology gets two initials instead of just one. For WiFi, 802.11a/b/g/n is a typical combination of different standards while 802.11ac refers to a single standard. That's the one you're likely to find in a new mobile device if there is only one type on board. There's a lot to unpack here so let's get started. 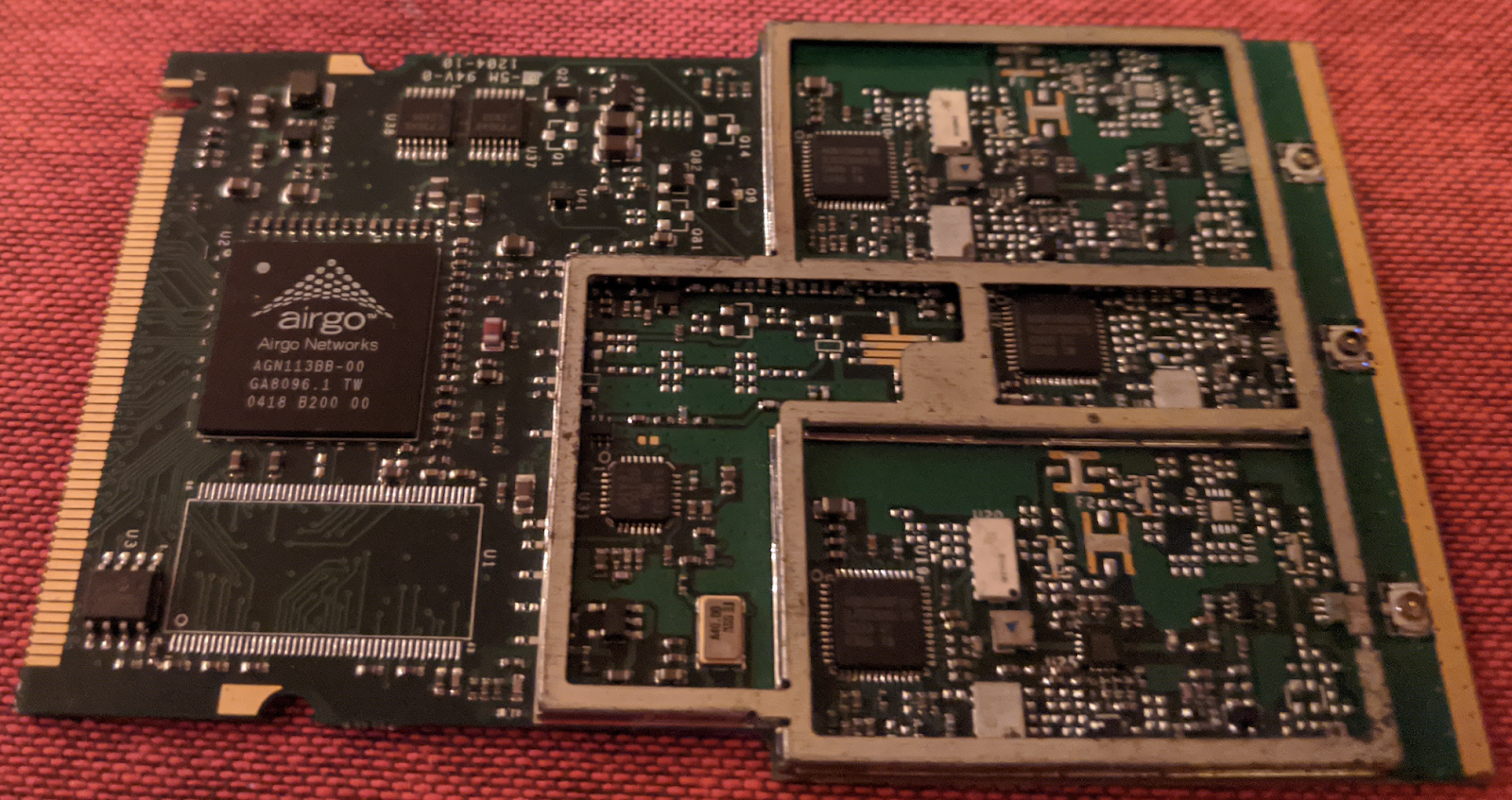 Legacy devices use the crowded 2.4 GHz band. It's crowded because anyone can build things that use the frequency range. Microwave ovens were among the first to use it because of the way water molecules get rather excited in the presence of the wavelengths. "Don't watch the food cook". Ovens use a kilowatt or more while wireless uses miliwatts.

RC toys, cordless phones, key fobs, baby monitors and other sundry items play in this space. Revisionist historians might refer to this standard as Wi-Fi 1. Some of the original WiFi routers used this wavelength and labeled it 802.11b since 802.11a was taken. In every case, bring-up includes a walk-test where we see how the device performs wherever it may be placed. Who can forget the famous last words, “You're holding it wrong.”? It’s one part engineering and two parts sorcery.

Dual band devices add the 5 GHz frequencies calling it 802.11a-band or Wi-Fi 2 to be cute. (This is not the much-hyped 5G which is an evolution of LTE 4G.) Running at 5 GHz, additional care should be taken with the transmission lines. By that, I mean more space and more ground vias along the traces. The 2.4 GHz and 5 GHz bands require separate antennas. When a dual band radio is in use, the 50 Ohm single ended traces can be combined near the RF amplifier using a diplexer. The system will determine the strongest signal and use it.

A few years later, the 802.11g became the new thing, retroactively called Wi-Fi 3. It's kind of a mashup of a-band and b-band as it uses orthogonal frequency division multiplexing (OFDM) modulation of a-band while working at the longer and stronger frequencies of b-band. While b-band has an upper limit of 11 Megabytes per second, g-band is good for up to 24 MB/s. In terms of hardware, you basically get the speed of 5GHz for the price of 2.4GHz. G-band was the one to get since it would still work in the legacy networks though it would be throttled by the weakest link. That's how backward compatibility usually works. The above cases all used 20 MHz per channel. 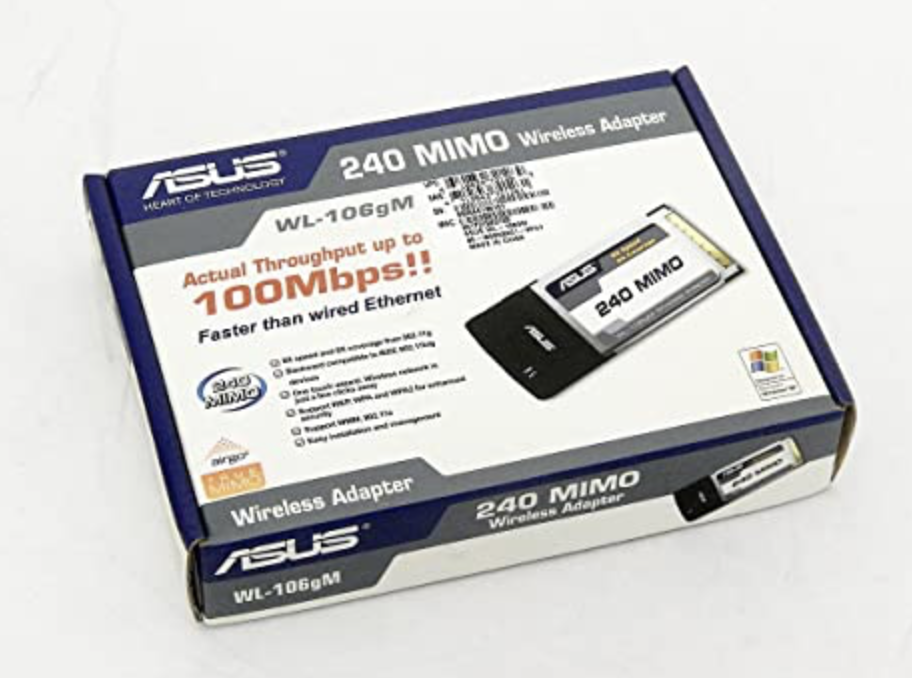 Next came 802.11n and this is where I came in. Airgo Networks was a small start-up with big ambitions. We called them N-routers, nothing about Wi-Fi 4. The main wrinkle was to use more receivers and more transmitters instead of one of each. Multiple Input and Multiple output, shortened to MIMO, was added on top of the OFDM technology. Bandwidth increased to 40MHz which was multiplied by the number of channels. The sweet spot was using three receivers and two transmitters. This leads to some interesting RF shields. It also leads to routers with two or more antennas poking out of the enclosure.

N-routers used 2.4 GHz and 5 Ghz transceivers, dynamically switching depending on the situation. The range was outstanding. The data rate exceeded that of 100Base-T Ethernet; a WiFi industry first. I still remember the time at Best Buy when the sales dude was up-selling someone from a $50 router to a $200 router with "Airgo Inside." Qualcomm liked us too. Our IP would keep them out of court with their favorite rival, Broadcom. 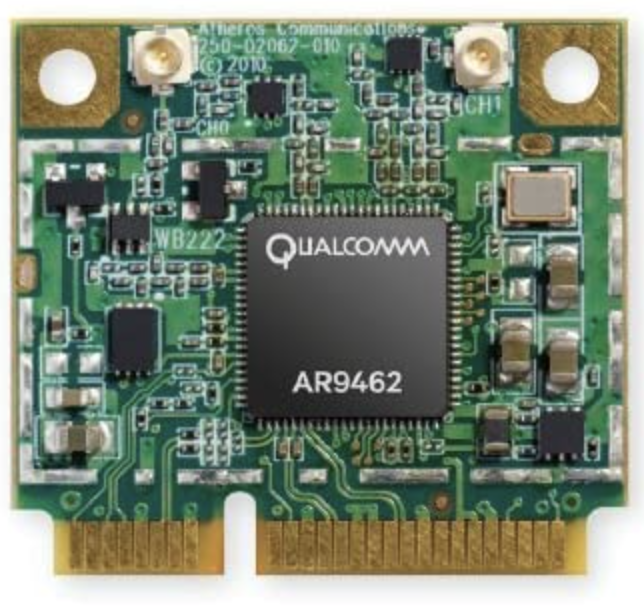 Instead of a modem chip company, we became a phone chip team to be combined with other teams in a building Qualcomm bought along with its tenant - Atheros. Besides getting shuffled around as a team, the chips got a lot smaller requiring high tech board designs. They made a pivot to the Internet of Things long before that became a trending buzzword.

The 802.11abgn standards held court for a while but all things will go obsolete eventually. A good number of standards have been paraded out with their own alphabet. WiFi 5 is a marketing term for 802.11ac mentioned above. It has been growing and is the mainstream WiFi being sold today. That statement is based on a rainy-day search and comparison of new phones, tablets, laptops and gaming devices.

I've looked at enough product specs to ensure that I'll be seeing side-bar advertising for all of those things well into the future. I'm also confident that Broadcom's chipset is doing really well in this space. We can’t ignore Cisco either.

The particulars of 802.11ac devices borrow from N specs but only use 5GHz. Bandwidth increased substantially, up to 160MHz by combining two 80 MHz channels with a maximum of eight channels rather than four. All of that and more puts these units well into the Gigabit per second range. Beamforming allows more than one device to access this additional spectrum. This is known as Multiple User or MU-MIMO. The modulation scheme sees an upgrade to 256-QAM. The basic principle of Quadrature Amplitude Modulation is to transmit two signals on the same frequency but out of phase with each other. That’s what MIMO is all about.

If you really want to spend the day geeking out on WiFi, this paper cuts through the hype and names names. Bottom line: believe about half of what I’m telling you in terms of actual data rates.

Wi-Fi 6 has some neat tricks up its sleeve. When there are more people living or working in close proximity, the network can become congested. An apartment tower can feel like an RF war zone with so many routers competing for the same bandwidth. There are only so many channels to be had.

New spectrum is allocated for a special type of WiFi. The 802.11ad standard uses millimeter wave radios for hyperspeed. This will most likely happen on a module that uses non-standard dielectrics normally associated with chip antennas or data center devices. Intel and others promote this as WiGig. If you want to spend $500 on a tri-band router where an amendment to the ad spec dubbed 802.11ay is still in development, (as of early 2020) go for it. 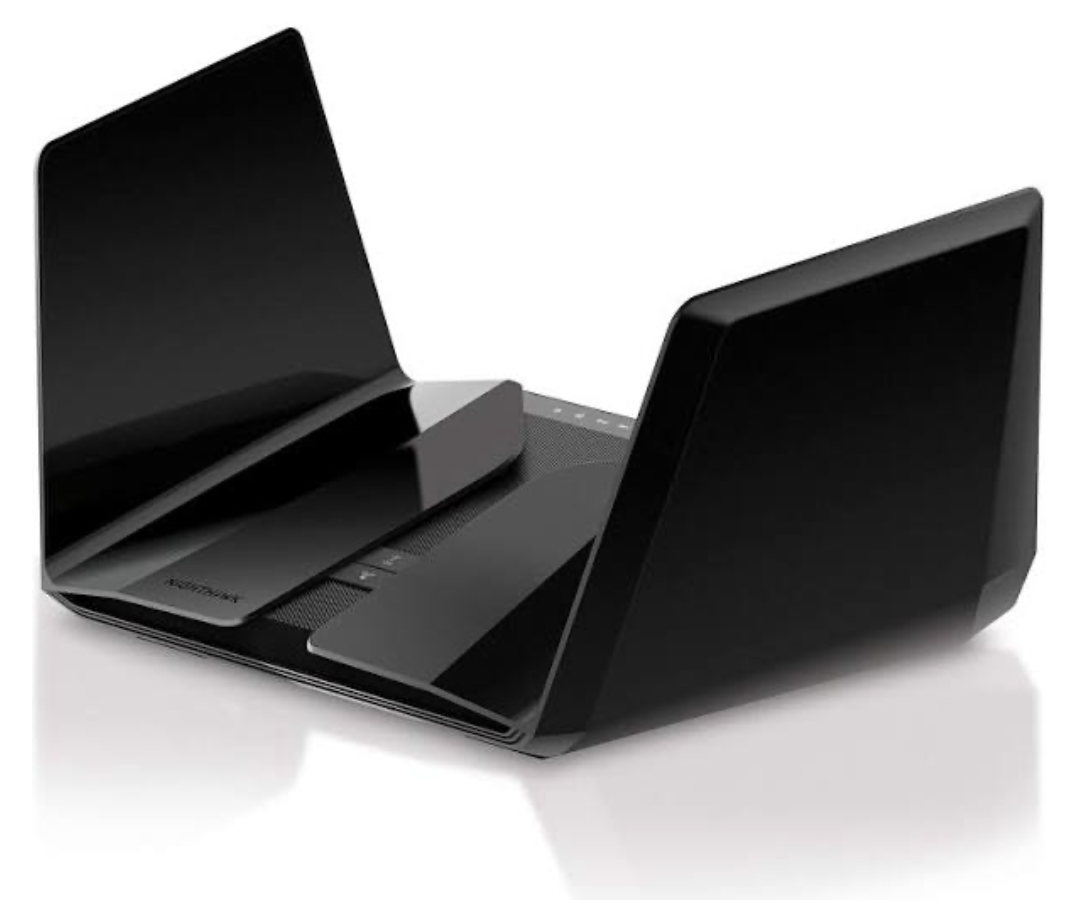 Image Credit: Netgear - You expect this thing to fly around the house on its own.

This is a line-of-sight type of transmission technique and only for the very nearsighted. Nice long waves of 2.4 GHz and even 5 GHz will pass through walls. Not so with 60 GHz. It has enough trouble with air molecules to reduce the range to the dimensions of an average living room. The physics work out pretty well in a crowded area. It talks fast but is almost inaudible outside of your personal space.

The “killer app” would be to cut the HDMI cord which goes above and beyond cutting the standard Ethernet cable. If you’re going to be streaming uncompressed HD video from your portable device to the wide screen of donning a AR/VR headset in the land of make-believe, this might be right up your virtual ally.

The Bottom Line for PCB Designers, Walk the Walk.

In all cases, board design calls for making multiple radios play together with a baseband section that interacts with the wired connections. Sensitive signals at low power will make the voltage supplies one of the most dramatic facets of the design. Star routing where a few pins share a specific capacitor takes some organizational skills. Instead of highlighting nets, you’re highlighting pins across the common voltage domain.

Isolating the controlled impedance is a given. That job is up to you while the power will more than likely be a team effort. RF antennas remain an almost inscrutable science. The internet of faster things is coming. By getting up to speed on the nuaces, you can help your team succeed in this competitive market.