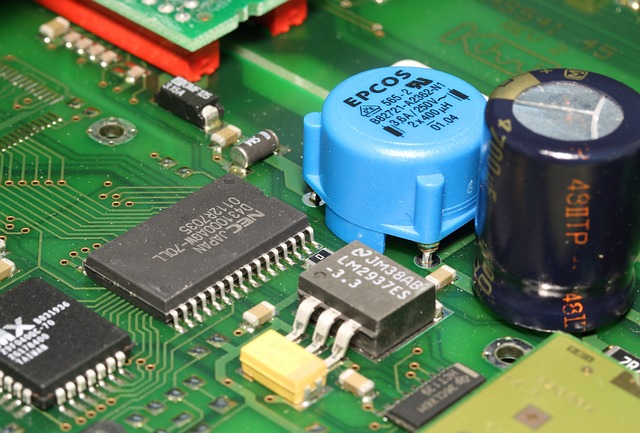 Crosstalk is one of the banes of the high-speed PCB designer’s existence. The market demands ever smaller and faster boards, but the closer two parallel traces or conductors are placed together, the greater the chance that the electromagnetic field generated within one trace will interfere with the signal of the other.

In this post, we’ll cover what crosstalk is and how you can analyze, simulate, and eliminate it within your high-speed designs.

When current flows through a conductor such as a PCB trace, a magnetic field is generated. When this field passes through an adjacent conductor it induces an electromotive force or voltage via Faraday’s second law of induction. This is known as magnetic or inductive coupling, and can be problematic if the induced voltage is enough to disrupt the signal of the trace experiencing inductive coupling.

In addition to a magnetic field, current flowing through a PCB trace also generates a corresponding electric field. When an electric field from one trace contacts an adjacent parallel trace, a capacitor is created. When two lines are capacitively coupled, it’s possible for the signal on one line to induce crosstalk on the other, leading to noise and a degradation in signal integrity. This phenomenon is also known as parasitic capacitance.

So now that you understand a bit about the physics behind crosstalk, how do you guard against it in your PCB designs? The key thing to take away from crosstalk is that it while it occurs everywhere, it’s the largest between parallel signal lines.

The best way to eliminate crosstalk is to exploit the very parallelism that leads to its creation by closely coupling the return path to ground to your high-speed signals. Since the return path is equal in magnitude but opposite in direction, the fields cancel out and reduce crosstalk.

Another way to ensure signal integrity is to use differential signaling, where two voltage lines equal in magnitude but opposite in polarity are used to create a single high-speed data signal. Since the actual data signal is taken as a difference between the voltages of the two voltage lines at the receiver, and because electromagnetic noise tends to affect both lines equally, the signal itself remains perceptible even in the presence of external noise.

Even if you understand the situations that can lead to crosstalk in a high-speed PCB design, it can be difficult to keep track of all the variables that can lead to capacitive and inductive coupling. Thankfully, EDA tools have evolved to make designing high-speed PCBs a little more manageable. Cadence Allegro’s Crosstalk Analysis Tool gives you the signal analysis capabilities needed to analyze your signals as you route your design. It even uses color-coded highlights to identify the nets that are most susceptible to crosstalk in your design. Ready to eliminate crosstalk within your designs? Check out Cadence’s suite of PCB design and analysis tools today.