A Dive Into The Flux?

We don’t often think about flux. “We” meaning most people. That said, it would be hard to picture modern civilization without it. The egg-heads at Merriam Webster say that the transitive verb form we’re talking about came around in the 15th century. That makes it contemporary with Johannes Gutenberg's world-changing press and the age of discovery. We, the people of the Board, have an affinity for a good press - and some discovery on the side. 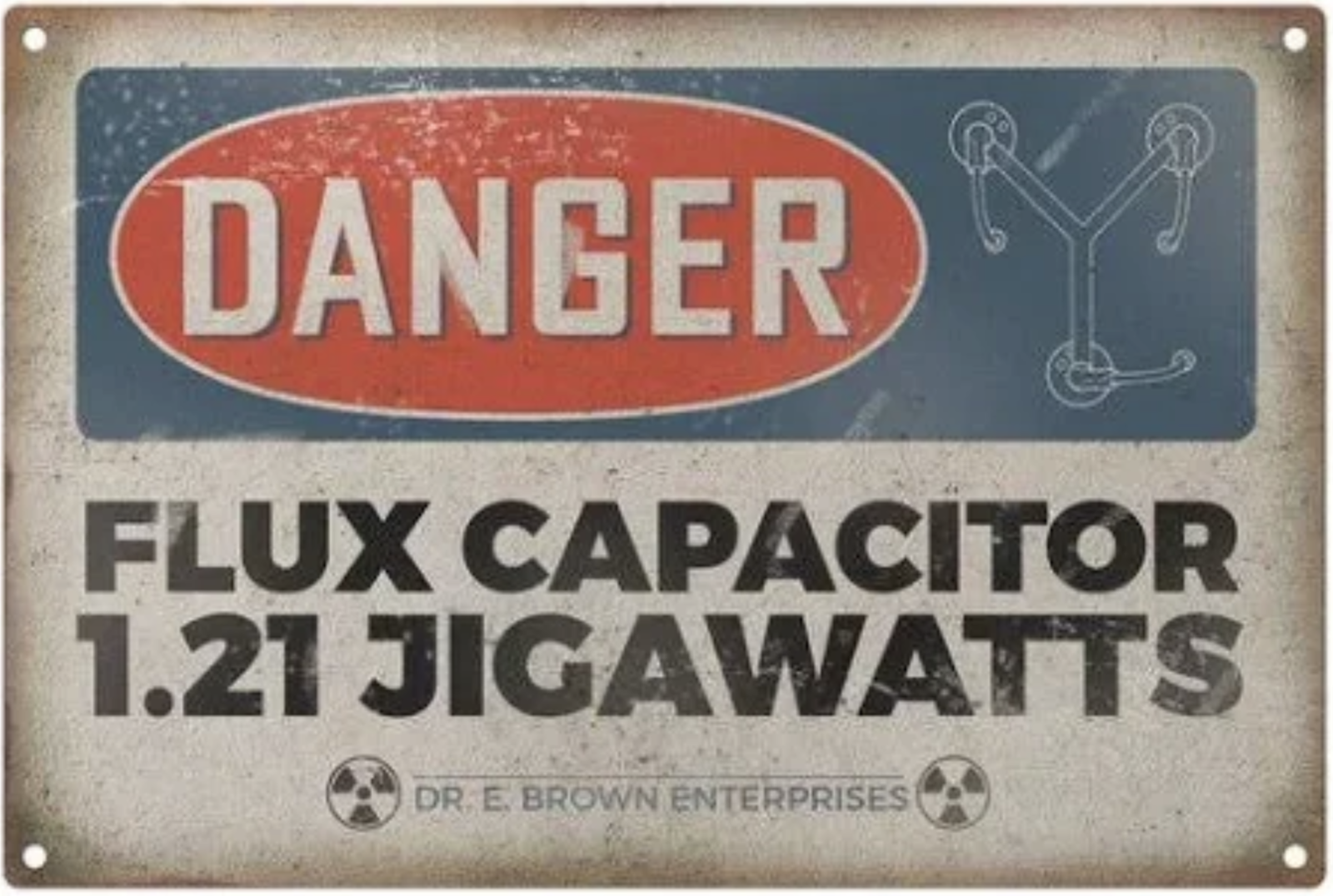 Image credit: Etsy - The other kind of flux - just for reference.

By definition, flux is anything you add to a process to help things liquify or, as we call it, reflow. Knowing that it is used for everything from jewelry to the Eiffel Tower, there are different types of flux to consider. Given the state of regulations in the old world, there are four flavors broken up three ways and further sorted into two camps for a total of 24 buckets. You may only want one of those for your PCB. The mainstream no-clean flux type is ROL0 in accordance with IPC-™-650 test method 2.3.28.1. If that is all you needed to know, have a nice day. If you’re wondering what the three letters and one number signify, read on.

Nature was feeling mighty generous to give us a substance like rosin. I first found out about it in the 5th grade. It was rubbed on the horsehair bow of my big old bass fiddle. It was lovely because it would enable me to play the Addams Family doorbell sound nice and loud. Those two notes could make children giggle (at least one) and make a conductor clear his throat in disapproval.

The kindness didn’t end there. Rosin has a property that is almost magical; a way better stunt than being sticky. What happens is that when this material heats up sufficiently, it turns into a monster of a cleanser. Then it cools off and becomes benign again. Most of the things we can invent that are strong cleansers are not as cooperative. They remain nasty and volatile over a wide range of temperatures. Impurities are the challenge of any liquid metal tricks and rosin has a way of digging in without being too obnoxious afterward.

That doesn’t mean that flux was ever welcome on the PCB after the fact. When I was hands-on PCB assembly, there was a big tank of freon where we batch-cleaned loads of boards from the oven or after hand soldering. Freon and lead were the first things to go when we decided to put the planet above the profit. Both of those were vital manufacturing materials that were toxic. The cleaner had the reputation for creating a hole in the Earth’s ozone layer. We curbed the widespread usage and the protective skin is repairing itself. Science really works if you use it.

RE is For The Rest 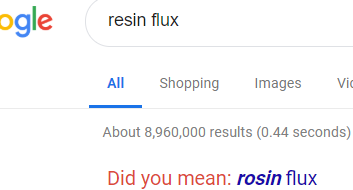 Not really, RE stands for resin. It took me a while to realize that a vendor wasn’t mispronouncing rosin. A random search engine seems to feel the same way. The resin is the main choice after rosin and differs in that it is not plant-based but rather synthetically refined - according to the literature. A little armchair shopping reveals that Japan is the country of origin for most of the pastes, powders, and wires that incorporate resin flux.

The Other Two Categories

Organic and Inorganic sound just like the distinction between rosin and resin. All the same, the former is means by which things that are not specifically rosin but are from nature are labeled. Likewise, the inorganic moniker represents cocktails of chemistry the flesh out the remaining types. There are several recipes and most are hazardous.

The next refinement on each of the four categories is all about how effective the flux is as a catalyst. The first impulse is to want the best. Give me something strong that will work forever. But you can run into the issue of where that stuff goes when you’re done with it. Harsh chemicals tend to remain so. Unless you are messing around with aluminum, a gentle fluxing will suffice when used in an ideal soldering profile. That is where the RO gets the L. Maintaining an ideal solder profile is, thankfully, someone else’s job. The process windows are shifty and there isn’t much room for error. Low action flux gets you there in most cases.

The Final Sorting: Good or Evil

Perhaps, in order to sanitize the unpopular but often necessary use of particularly strong acids or alkalis, the IPC standards body chose a one and a zero to separate the materials that use or do not use halides. Halides are chemical compounds that include halogens in their makeup. Fluoride, Chloride, Bromide, and others are just what the European Union is targeting for elimination.

This is only part of what falls under the umbrella of RoHS requirements. There is a gradual phase-out with exemptions being granted to those who can demonstrate that no viable substitute has been developed. Occasionally there is a substitute but the patent on it belongs to a competitor. Accordingly, the body had an open window from 2014 to 2018 and it got a few takers to say the least. They issued a statement back in May 2018 saying that it would take 18 to 24 months to get an answer from the time of the application. We’re coming into the time where some of those exemptions will expire without renewal. It is a balancing act and the governing body tries to move in a pragmatic way. One can hope.

Ripped straight from the relevant spec, here is the entire table of types you can choose for your project. 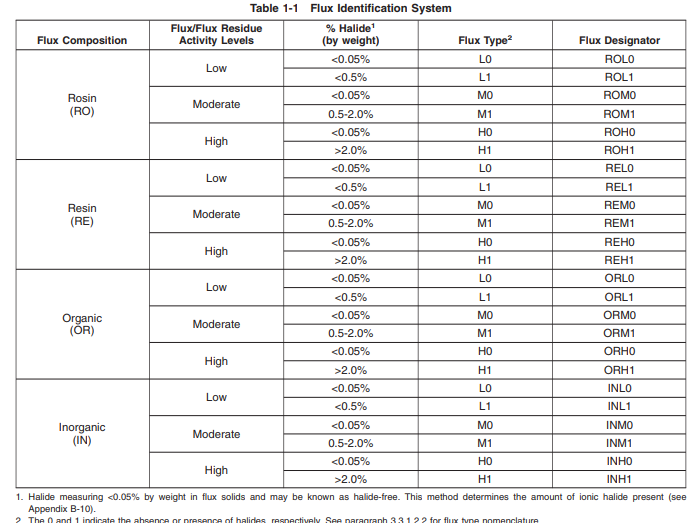 Whether it is encased in a wire, added to a solder paste or sprayed on like the icing on a Krispy Kreme donut on a conveyor belt, the flux is an integral part of the soldering process. The reliability of our devices depends on a good solder joint again and again. And flux delivers.