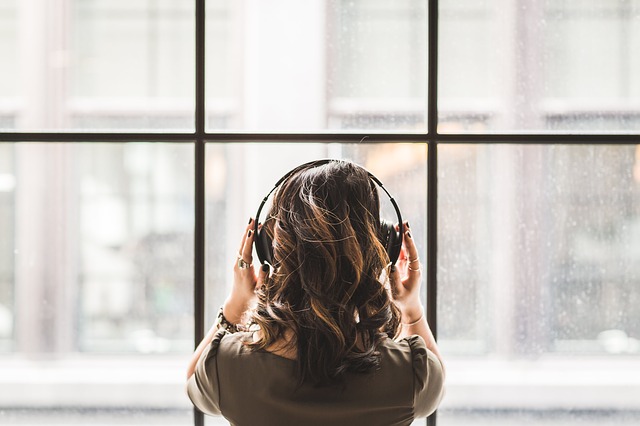 With recent advances in A/V engineering, it’s become possible to develop high-fidelity audio headsets in smaller and more flexible packages than in decades past.

In this article, we’ll take a look at some recent developments in audio headphones and listening technology that will influence how we engage with our listening environment in the years to come.

The NuraPhone headphones combines an over-ear headset with in-ear headphones for a truly personalized listening experience. The headphones use an audio test to measure your listening response to a series of sounds at different frequencies, then calibrate the audio settings to match the specific frequencies that you’re most sensitive to. While it might sound like a gimmick, the review site PocketLint claims it really works: “By the time our personalised profile was complete the sound seemed perfect to our ears,” they write. This year, the company is launching a new in-ear only version of the headphones, called NuraLoop.

While noise-cancelling technology has been helping make airplane rides smoother for almost 20 years, new innovations in headsets have seen the development of “hybrid” active noise cancellation (ANC) headphones, which sport microphones on both the interior and exterior of the ear cup. This type of ANC is better able to suppress noise and correct errors than standard ANC headsets. They may also offer different modes, such as NuraPhone’s “social mode,” which allows ambient external noises to pass through while you’re listening to the headphones. This can be helpful in an environment where it’s important to remain aware of your surroundings, such as riding a bus or train.

Bone conduction audio technology has its roots in hearing aid technology, and has also been used in military applications. In this type of device, there are no earbuds at all—instead, the headphones line up with the user’s cheekbone and send the audio directly to the cochlea, completely bypassing the eardrums. The sound from bone conduction headphones is not as crisp as the audio from a headset that transmits sound to the eardrums, but such devices can be a good option for runners who want to be able to hear outside noises easily, as well as for listeners who have hearing disabilities.

Finally, one of the most exciting pieces of audio technology doesn’t involve headphones at all—but it still delivers a high-fidelity sonic experience to each listener, privately. The Israeli startup Noveto’s “focused audio” technology uses 3D tracking to find the position of the listener’s ears and deliver sound directly to them, ensuring that no one else in the room will hear the sound. It’s similar to directional audio, but is also “steerable”—that is, it moves based on your movement in real time. The audio fidelity isn’t quite up to the levels of a home theatre system, but is expected to significantly improve as development continues. There are many promising applications for the technology—for instance, in a car: "The kids in the back seat can see a Walt Disney [movie] for the 15,000th time, and in the front you can hear something else or just enjoy peace and quiet,” cofounder Tomer Shani told Business Insider.