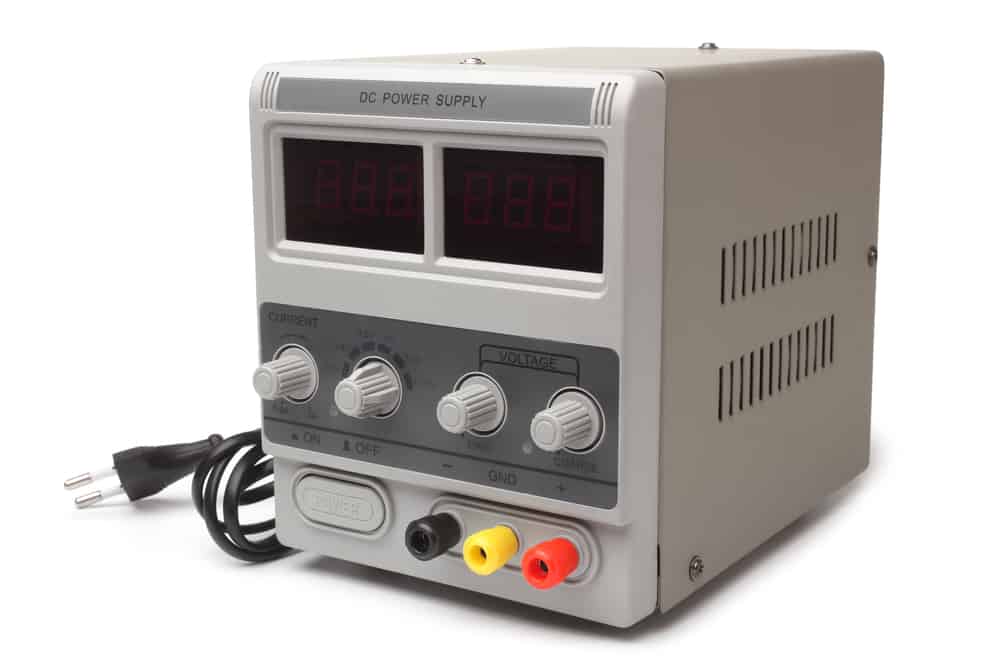 Thankfully, implementing DC power supply design basics does not include the tabletop version we all know and love.

Designing a board’s power distribution network involves choices that maximize the availability of adequate power while avoiding electrical and thermal bottlenecks that can negatively impact performance. Careful consideration must be placed on the manufacturing capabilities and resulting design feature constraints to ensure producibility. Further, designers must be aware of the role the stackup and distribution of plane and signal layers play for both power quality and signal integrity; power is intimately connected to almost every aspect of the board layout.

Diving a level deeper, however, designers may wonder why a particular power supply is selected over any other. Certainly, availability, cost, and other unavoidable, peripheral factors play a role, but when weighing only the electronic contributions, designers can understand what precludes or favors a specific power topology. DC power supply design basics are a useful starting point: common DC topologies are encountered heavily throughout designs for their ease of implementation and the more general proliferation of DC circuitry.

Electronics cannot function without power. Typically, on the consumer end of devices, DC (direct current) is preferred for a host of reasons, the foremost being its relative safety and ease of manipulation. From a manufacturer’s standpoint, DC circuits are overall less complex than their AC (alternating current) counterparts. AC circuitry is designed around a target frequency or bandwidth, and while DC technically has a target frequency, it is trivial and elicits none of the frequency responses designers would have to account for.

It is important to note that external to the board, designers are far more likely to encounter AC power than DC; due to its low losses at high voltages/low currents, it is ideal for transmission and is stepped down and then rectified to a DC source for many common household electronics upon reaching its destination. DC/DC conversion is also an option to adjust the voltage level from a direct source, say for example an onboard battery. Ultimately, it is up to the engineering team to determine which power solution (more realistically, solutions) shall be incorporated into the design that best suits the needs of the board while optimizing performance.

In general, DC power supplies can be divided into two classifications: switched mode and linear. In terms of efficiency, switched mode in its various forms is the clear victor, with linear dropout regulation motivating a small number of cases where loss is low in the absolute sense. Furthermore, the inefficiency results in hot spots due to the effects of Ohmic heating, which if left unmitigated, results in early aging and failure of local components or board materials. Designers are only likely to see linear power where low noise is a requirement or if it is cost-ineffective to include a more robust power supply.

With linear power supplies given their acknowledgment, it’s time to move on to the more useful and customizable family of power supply designs. The name switched mode power supply (often abbreviated as SMPS) comes from the role of switches in their operation: generally, power supplied by the source is stored within one or more circuit elements (inductors and capacitors), which then transforms its stored electromagnetic field into energy to maintain current or voltage levels. Note that additional capacitors may be used for signal conditioning purposes. The toggling action of the switch removes or restores access to different sections of the total circuit, and depending on the particular configuration, the storage elements can increase voltage or current at the load or act as reserves when the source isn’t directly powering the load, among other functions. Alongside the switch and storage elements, diodes provide necessary blocking or passage of current depending on their orientation.

Power supply topologies are typically selected based on how best to arrive at some output voltage or current provided by the source. While power supply design will depend on multiple factors unrelated to electrical performance like cost, availability, or package size, the heart of this analysis will focus on the situations and uses best suited for some common layouts. To begin, here’s a look at some non-isolated power supply layouts:

…And Wrapping Up With Isolated Configurations

Continuing, isolated power supplies offer slightly more functionality than non-isolated ones; by adjusting the turns ratio on the transformer, it’s possible to increase or decrease the output voltage without any changes to the underlying circuitry. Additionally, the transformer itself can function as a storage element, but some designs will eschew this for a standard inductor.

DC power supply design basics focus heavily on SMPS for better efficiency/reduced losses in a variety of constructions. The defining choice between these different modes will also include factors beyond electrical considerations. Having a working knowledge of how to move from an AC/DC source at a particular voltage to a target output will be the first step in developing power supply circuitry. Simulation and testing of power systems is an integral element of developing reliable PCBs for production. Cadence’s comprehensive PCB Design and Analysis Software grants designers valuable, actionable information at any stage of pre-production. Combined with the fast and powerful layout capabilities of OrCAD PCB Designer, design teams can rapidly evaluate and integrate power supplies, as well as any changes therein, without interrupting tight production schedules.