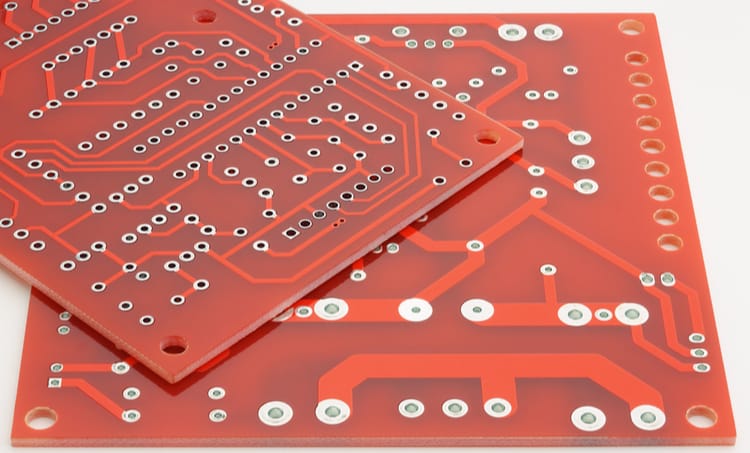 Through-hole technology: Leaded components are installed into pre-drilled holes on the double-sided PCB. The leads of the components are soldered to the pads on the opposite side.