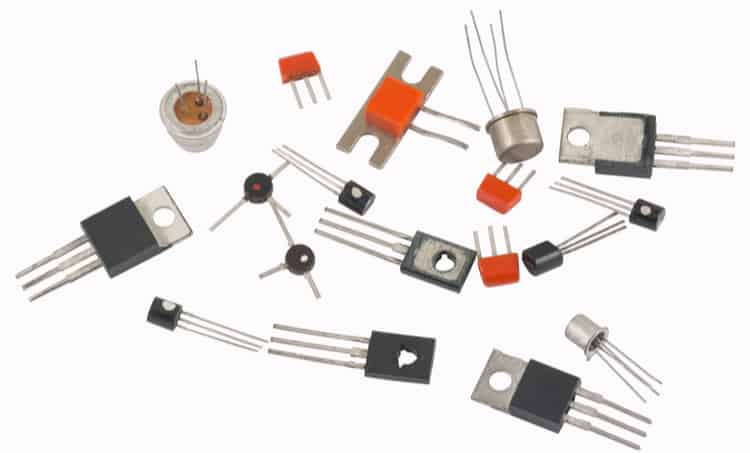 Ever since transistors first began to replace bulky vacuum tubes, the world has started to get smaller.  Virtually, and also literally. Transistors are probably the most widely used components to facilitate communication, which includes to and from almost anywhere on the globe in real time. And the inherent small size of transistors has enabled the shrinking of devices, systems and appliances that span all industries. All of this from a component that primarily functions as a switch for digital signals or an amplifier of analog signals. Wow!

There are many transistor model types; including JFETs, MOSFETS, HFTs and others. However, the first transistor, the BJT, introduced in the mid-twentieth century, is still a widely  used amplifier today. BJTs can be configured to exhibit different signal transformation characteristics; such as low or high gain. And various circuit types can be designed by evaluating the large signal properties of the BJT for a specific configuration. However, for more precision, small signal model BJT analysis is required. And the best tool for determining transistor model parameters is PSpice. After first defining the BJT small signal model, we can take a look at how to use PSpice for analysis.

What is the BJT Small Signal Model?

Operationally, BJTs are effectively two diodes connected in reverse, as Fig. 1, below indicates. 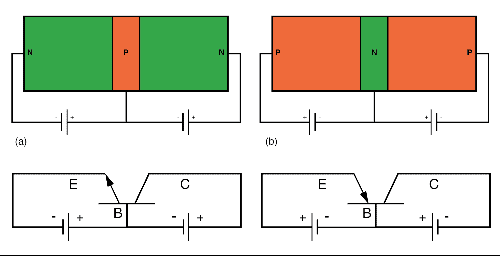 The configuration, NPN or PNP, is determined by which terminal is connected to ground, emitter (E) or collector (C), respectively. Amplifier gain is controlled by the base (B), which is a thin region between the base and collector. A small current through the base produces a large current flow from emitter to collector or vice-versa. For analysis, large signal models (the symbols shown in the lower portion of Fig. 1), are  initially used to determine the bias of the transistor. This is similar to determining the operating point of a diode. The DC bias condition (voltages and currents) define the BJT’s operation mode, which is one of the listed in the table below.

The voltages and currents that trigger transition between operation modes can be found on the BJT datasheet (example). These are sufficient to perform circuit analysis when large signals are applied to the BJT.

For analysis when small signals are applied to the BJT, the transistor model needs to be converted to a small signal model, which can be defined as follows:

A BJT small signal model is a non-linear replacement circuit for the linear large signal model or typical transistor symbol that incorporates the transistor’s DC bias conditions and allows for evaluation of behavior when a small AC signal (< DC bias voltages and/or currents) is applied.

A common BJT small signal model is the Hybrid-pi model, shown in Fig. 2. 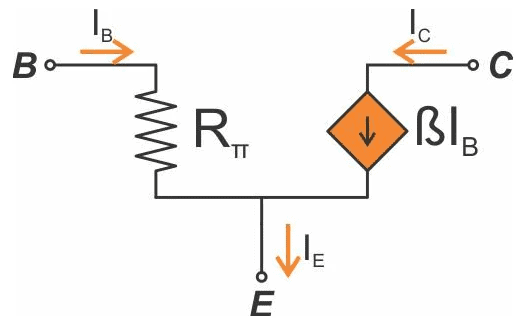 Often, small signal model BJT analysis values may also be present on the datasheet. Although, these can be helpful, they are usually limited to a specific condition(s). For a more advanced or precise evaluation, a tool; such as PSpice can quickly perform the necessary calculations and present you with a comprehensive view of BJT behavior.

Implementing a BJT small signal model in PSpice, as shown in Fig. 3 below, is a simple process. 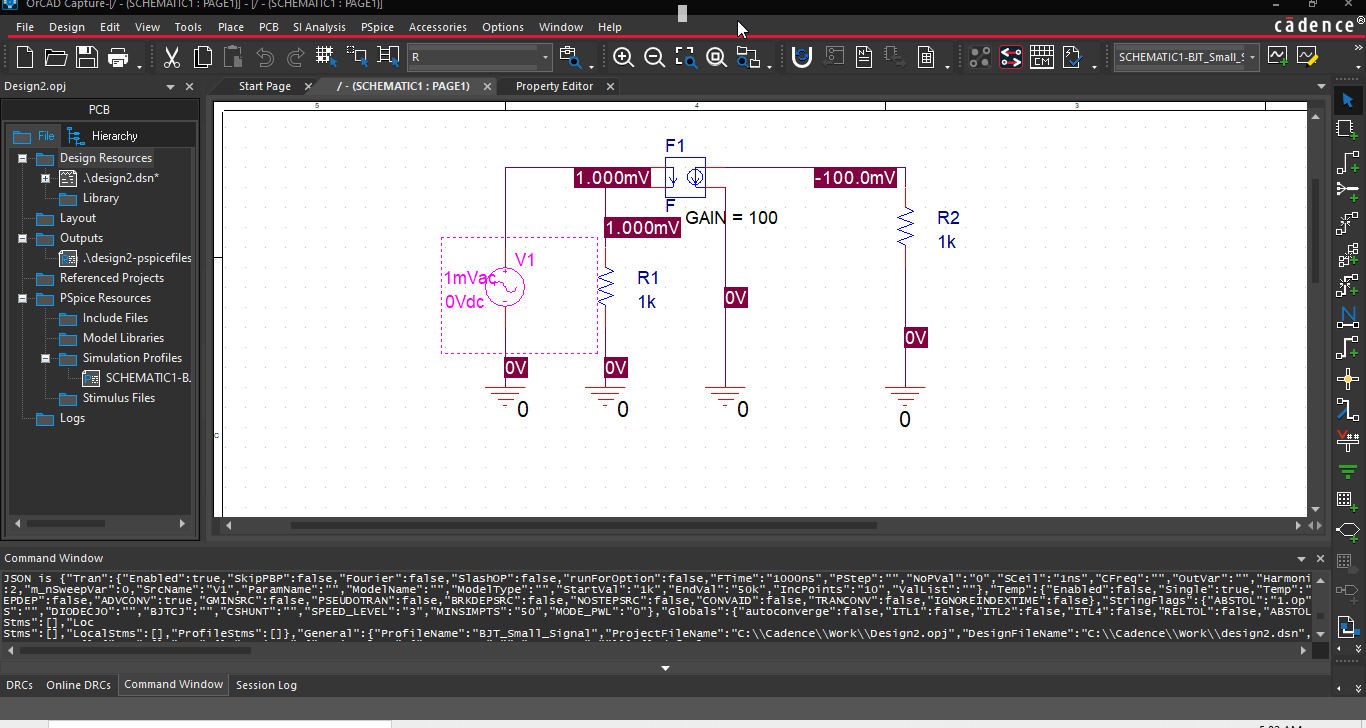 Finding the bias or quiescent point (Q-point) is critical for designing PCBs that contain BJTs, as well as other transistors. For amplifiers, it is equally important to determine the current-voltage characteristic or curve on which the Q-point lies as this establishes the range of signal that can be applied before the amplifier goes into cutoff or saturation.

Transistor small signal analysis for BJTs should be performed during the design stage of PCBA development. And with Cadence’s PCB Design and Analysis package, the industry standard for circuit simulation, PSpice, is integrated. This enables you to perform comprehensive  Analog/Mixed-Signal Simulation to ensure your amplifier and board are optimized.