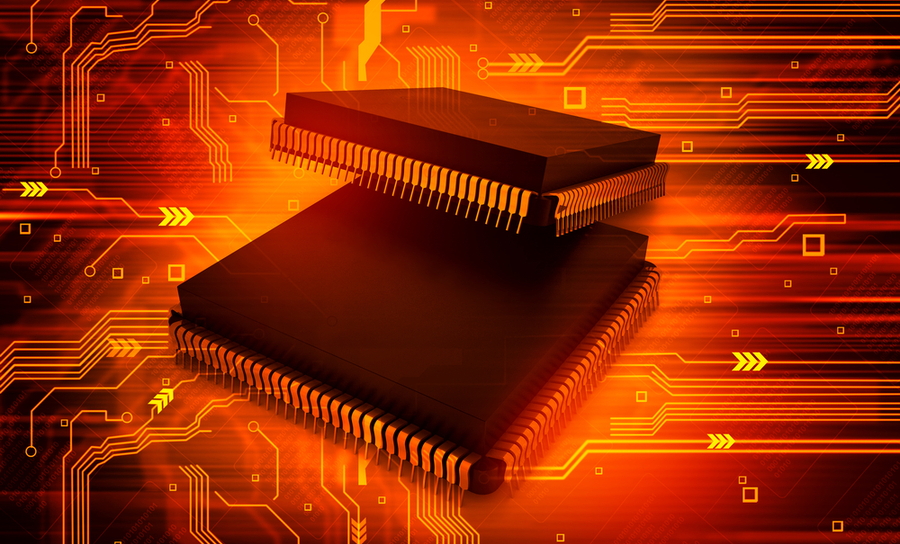 A squarer circuit is more than just a square IC

It is almost never obvious, but many important devices make use of a variety of signal processing methods, where some mathematical operation is applied to a signal in real-time and without implementing the operation in software or firmware. At the hardware level, such methods are separated into analog and digital methods, providing engineers plenty of options for working with each type of signal in different systems.

What is a Squarer Circuit?

A squarer circuit functions exactly as its name implies: it takes an analog signal as an input and outputs the square of the signal. There are a number of ways to implement this type of circuit in an analog system. The simplest way to do this is to cascade multiple pairs of transistors in a translinear circuit, where the gates between each pair are connected back-to-back. Input signals are then fed to each pair transistor in the loop. This outputs a multiplication operation for the signals.

In the past, a series of diodes were wired similar to a rectifier arrangement and operated in the quadratic regime. This provided squaring of the input signal, although the input peak-to-peak voltage applied to this diode-based squarer had to stay within a specific range. Otherwise, if the signal was too strong, harmonics generated by the diode would rise above the noise floor in the circuit and be detected at the output.

A better way to create a squarer circuit is to take advantage of the linear region in MOSFETs. As a simple example, two pairs of MOSFET transistors would provide multiplication of two input signals. If the same input signal is applied to both pairs in the translinear circuit, the output is just the square of the input signal. You can actually purchase a commercially available analog multiplier IC that can be wired as a squarer circuit; the AD532 multiplier IC is one example of an SMT component that has replaced older squarer circuit designs.

Note that some squarer circuits, such as a current-mode squarer circuit, do not use such a simple translinear arrangement of cascaded pairs of back-to-back MOSFETs, although these circuits still operate according to the translinear principle. Using a multiplier circuit with this arrangement provides greater flexibility than a simple squarer circuit as you’ll have a broader linear response range, lower distortion, and the ability to multiply any two analog signals together in a single package.

Working with a Squarer Circuit

Most commercially available multiplier ICs operate with differential voltage input, and you can easily use these analog ICs by connecting the two inputs to the same analog driver in parallel. These multiplier based squarer circuits will often operate by normalizing the output by some specific voltage value. In other words, the output will be the product of the two inputs, divided by some specific voltage level (this level is 10 V in the AD532 multiplier). You can then recover the output to the desired level using an amplifier circuit with desired gain.

A non-inverting op-amp circuit is one possible circuit you can use for amplification, although you need to account for the linearity of this amplifier circuit. The downstream op-amp circuit will need to operate in the linear regime to restore the output voltage to the true square of the original input signal without distorting the signal due to transistor saturation. Likewise, the input peak-to-peak voltage needs to be limited to less than a certain value, otherwise the MOSFET will saturate produce a distorted output signal. 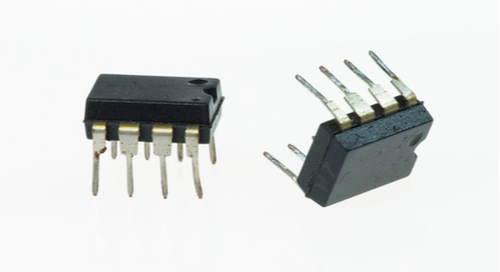 If you’re in the business of designing your own squarer circuit, you can make use of a number of circuit analyses to examine the performance of your device. Chief among these are DC and AC sweeps, which allow you to identify the circuits bandwidth at low peak-to-peak voltage (AC sweep) and the transition to a nonlinear output from your circuit (DC sweep at a specific frequency).

Due to the finite bandwidth of these circuits, you’ll find that the transition from linear to nonlinear output depends on the input frequency. This is where small signal analysis is a useful tool as this allows you to quantify signal distortion at specific frequencies and input voltages. If your input signal will have some additional frequency content or broad bandwidth, you can use harmonic balance analysis to determine how the circuit’s output will respond to these additional harmonics. However, in a practical implementation, you can filter out higher or lower order harmonics with a bandpass filter before sending your signal to your squarer circuit.

In addition to some standard analog PCB design rules, or RF design rules at high frequencies, you’ll need to consider the bandwidth and nonlinear transition of a squarer circuit during layout. The bandwidth of some commercially available multiplier circuits that can be used as squarer circuits reaches up to the MHz range, and you’ll see steep rolloff in the output signal if you exceed the high end of the bandwidth, similar to what you would observe in the output from an RLC bandpass filter. Note, however, that design of squarer circuits that operate in the GHz range is an active area of research. 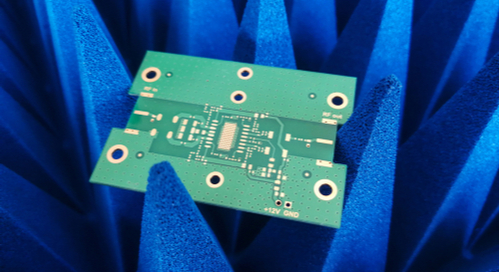 You could implement a squarer circuit on this RF board

Differentially driven multiplier/squarer circuits do not always have near 100% common-mode rejection ratio, and the ratio can actually be different at each input. You’ll be able to maximize noise rejection for pulsed EMI signals and crosstalk by ensuring length matching across your differential input.

If you’re working at GHz RF frequencies and you’re designing your own squarer from discrete components, then you’ll need to implement a grounding and isolation strategy, especially if you have lower frequency signals and/or digital signals elsewhere on the board. Layout components that operate at high and low frequencies over different sections of your ground plane to prevent interference. Then, try to route everything back to your supply return in such a way that high frequency analog signals do not pass beneath the low frequency section, and vice versa. Routing higher frequency traces as grounded coplanar waveguides a great way to ensure isolation, although this uses up some available real estate on the board.