Circuit design is a broad discipline that incorporates many methods of mathematical analysis and electromagnetism as the scaffolding for the electronics that are integral to everyday life. Early on in the development of the theory, designers encounter the building blocks of circuits and introductory protocols for circuit simplification. While these act as the bedrock and are inherent to almost any circuit, there are many situations where more sophisticated formulations are necessary.

Complex circuits provide an additional challenge in that they require slightly more advanced techniques to yield a network that is ready for immediate analysis, whether by human or machine. Learning these procedures offers designers more mechanisms for circuit analysis and a greater understanding of network design as a whole.

One of the most significant solution methods in any budding engineer’s toolbelt is equivalent circuit reduction. The ability to reduce complex networks down to singular representative circuit elements is a central approach to circuit modeling and analysis. To begin, it’s important to define one of the basic aspects of circuit topology: series vs. parallel. The best way to understand these related concepts is by tracking the flow of current:

Outside of introductory circuits, it is rare to find an overall circuit that is entirely series or parallel. Instead, most circuits contain varying amounts of series and parallel components to capitalize on the different performance characteristics of the two connection methods. Complex circuits, or circuits that contain parallel and series elements, are much more common, comprising an outgrowth of smaller, localized parallel or series networks.

In terms of analysis, evaluating a circuit composed of elements in series is generally more straightforward than that of a parallel circuit, though there are notable component exceptions to this rule. Most series elements are a summation of the individual elements – to find the resistance of a purely series network, simply add the values contained within the loop. Parallel elements sum less intuitively: to add in parallel, take the reciprocal of the sum of the reciprocals of the individual components. The series and parallel calculations as described hold true for both resistors and inductors, but capacitors represent a notable exception to the framework. While capacitors do sum both regularly and reciprocally, their application is switched: series capacitors sum reciprocally while parallel capacitors sum traditionally.

It’s also possible to analyze series and parallel configurations in terms of voltage and current. Series components, being the same branch, possess the same current but a voltage drop across each non-sourcing circuit element, as outlined by Kirchoff’s Loop Law. Meanwhile, parallel components possess the same voltage but different currents due to Kirchoff’s Junction Rule, whereby the total current into a node must equal the total current out of a node.

More formally, series and parallel elements can be described as voltage dividers and current dividers, respectively. These circuit operations provide some proportional distribution of the voltage or current based on the relative value of the components; for example, two identical resistors would experience the same voltage drop (in series) or the same current (in parallel), as they are a 1:1 resistance value. For differing values, the larger (or largest) of the elements represents the greatest proportionality of the current or voltage and vice versa.

The Buildup to Complex Circuit Simplification

The topic of complexity needs to contend with linearity and superposition. Linearity describes the overall behavior of the system, namely the mapping of an input to output, with superposition being the determining condition of a linear system. For superposition to hold, a system must maintain both additivity and homogeneity for the entire span of inputs:

*Provided that x and y are elements within the domain of f.

*For all elements s, x within the domain of f.

Combined, these two elements form the basis of superposition and define a linear system. Linearity in general is limited in scope and a slight simplification of the true behavior of a system, but where it holds, it is a powerful tool to model activity and response. Advantageously, linear systems can be analyzed with a variety of mathematical functions, transforms, and operators, and are much easier to solve than nonlinear systems.

Pulling back to the complexity of a circuit, superposition, specifically the additivity property, is a relationship between the inputs and outputs of a system. As mentioned, complex circuits are a mixture of both parallel and series elements, and their solution represents the appropriate contributions of both methods of connectivity. To further drive home the relationship, complex circuits represent a composition of both parallel and series elements, both informally and mathematically; in the context of nodal analysis, electrical engineers refer to the superposition theory to distinguish from the more general and mathematical bend of the superposition principle.

Many networks can, in fact, be solved without any further technique than summing in series and parallel. Human analysis should proceed slowly and carefully to determine the relationship between two elements as well as the appropriate order to simplify that preserves the nature of the series or parallel components within the calculations. However, not every circuit arrangement will be readily recognizable as in series or parallel, and various transformations need to be utilized to better illustrate the relationships within a circuit. Generally, star-mesh transform polygons are used to reduce the number of nodes within a particular circuit, though there is a practical limit to its implementation where the replacing amount of elements is constrained by:

*For n number of elements.

The most useful case is when n = 3, as the transformed network has the same amount of elements as the original, but the other values should also be mentioned. Transforming with less than 3 elements produces a model with fewer components, whereas transforming with greater than three elements increases the total number of components while reducing the number of nodes. The former has limited usage, and the latter only serves to complicate the analysis.

Returning to the special n = 3 case, there are some cases where designers may encounter unorthodox network structures. While less common to see in a schematic presented for capture, they can still be found at the nodal intersection of three elements, such as those found within a bridge. Known formally as either a Y-Δ (delta) or T-Π (pi) transform based on the visual shape of the network, these conversions utilize both the series and parallel relationships between the components to create proportionalities between all three elements. Removing nodes allows for circuits to be reinterpreted as series or parallel connections, further underlining the advantage of transforms in complex circuit analysis. 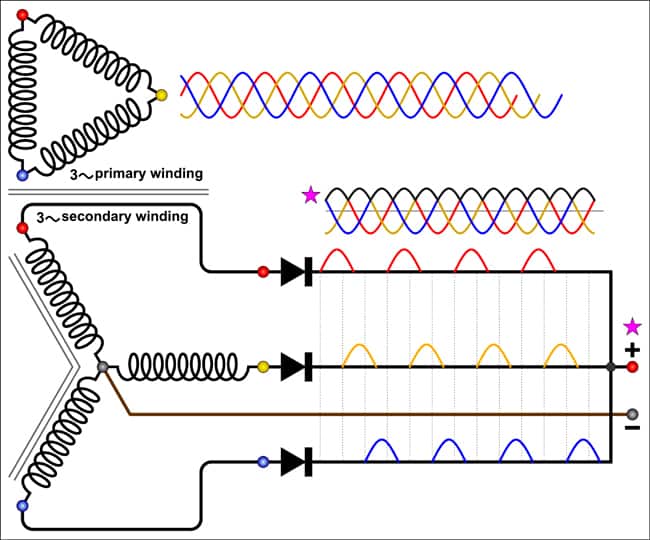 Thévenin and Mayer-Norton represent a dual approach, as is often seen in electronics, with either using complimentary schema to furnish equivalencies. Although linear circuits are a small fraction of topologies engineers and designers will encounter due to the limited number of devices that fall within the framework, there is an additional use case for equivalent circuits with dependent sources. Normally, voltage and current sources are replaced with a short and open circuit when determining the equivalent voltage or current, but dependent sources cannot be ignored so easily. Instead, designers can connect a test source to the output and calculate the resultant current or voltage.

Complex circuit reductions exist to provide engineers and designers with various algorithms to simplify the process of circuit design. Being able to measure responses of wide-spanning networks with straightforward practices significantly improves the readability of network analysis.

Furthermore, methods such as these form the basis of electronic nodal analysis necessary for circuit simulations. With a comprehensive package of design and analysis tools, Cadence’s PCB Design and Analysis Software offers users a broad package of features built to meet the most demanding board specifications. For layout, OrCAD PCB Designer offers robust functionality that can match the demands of today’s full-featured boards and push innovation for designs on the horizon.