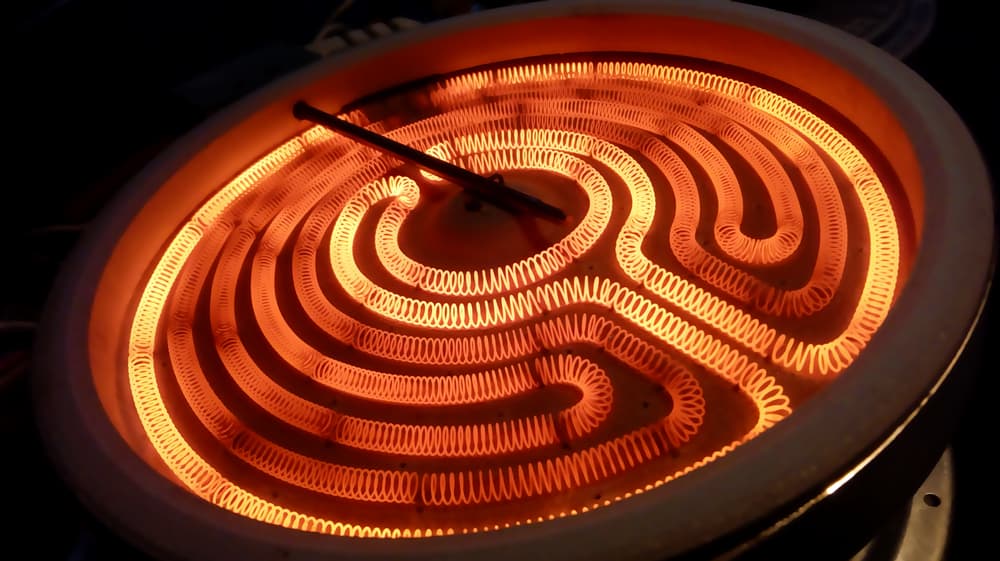 Voltage, current, resistance – all are beautifully illustrated in the incandescence of a stovetop burner

Electronics, at least initially, is a perplexing area of study, even for those familiar with basic mechanics. One of the most powerful techniques available to grasp new topics is to relate to that which is already known. The better a learner can mold new ideas to existing schema and relationships, the better chances are of understanding and synthesizing the material. Understanding voltage, current, resistance, and related subject matter usually begins with the water analogy. Picture a flowing river: the current is the speed of the flowing water, the resistance is rocks that impede the local flow, and the voltage is the energy potential represented by a vertical drop. From here, it’s possible to build a deeper knowledge of the core interactions of circuit analysis.

To Understand Voltage, Current, and Resistance, Begin at the End

Out of voltage, current, and resistance, resistance is perhaps the most conceptually easy to grasp of the three essential characteristics. Resistance can be best thought of as the electrical equivalent of kinetic friction. As current passes through a resistive element, some energy is lost in the form of ohmic heating. “The path of least resistance” is also a common phrase, even outside of circuit design topics, which speaks to its intuitiveness. The flowing water analogy once again helps explain the role of resistance: as the water crashes into rocks within a fast-moving body of water, some energy is lost during the collision. In much the same way, the current flowing through a resistive element loses some of its energy.

The quality of energy loss is a defining aspect of resistors. Among the three standard passive components, resistors are the only ideal device that loses energy. In reality, parasitics cause all devices to experience nonconservative and conservative energy loss, split between the real and imaginary valued elements of a greater overarching circuit parameter. This attribute, known as impedance, represents the whole vision of opposition to current flow in the circuit. However, the topic is introduced as resistance instead for two primary reasons: to avoid complications at the outset of discovering circuit analysis and because DC does not have to account for changes in circuit operation due to frequency.

Resistance is an extrinsic property of the material used in construction, meaning its value depends on the amount of material present. The relationship between resistance and resistivity – essentially the material’s inherent resistance to current regardless of quantity – is defined as:

It’s important to consider the interplay between temperature and resistance. Typically, as the temperature rises, so does the resistance of a material; depending on the rate of growth of resistivity with respect to temperature, this relationship can be modeled linearly. Increasing the thermal energy available to the atoms of the conductor causes them to vibrate faster, which causes more collisions between the “free” and bound electrons, impeding the current. While this effect is generally considered detrimental, a family of resistors known as thermistors utilizes this property to provide heating, protection, and diagnostics to a circuit.

Current at a Circuit and Device Level

Current is defined as the flow of positive charge in a circuit. This is a common stumbling block when initially becoming acquainted with circuit concepts: electrons are negative charges, so why would a flow of electrons indicate a positive charge? The conflict arises from the date of the discovery of the electron, nearly 150 years after Ben Franklin denoted the flow of current as positive. Current flows opposite to the electrons in a circuit; while the flow of electrons is important to keep track of, especially when discussing magnetic elements, efforts to distinguish between conventional current and electron current should be dissuaded. Keeping track of two current terms is likely to breed confusion – it is much simpler to learn the standard convention and understand the parallel and anti-parallel directions.

The inductor functions by resisting a change in the current of the circuit. It operates almost opposite to that of a capacitor – while the capacitor begins as a short when current begins to flow in a circuit, the inductor opposes this change in current and starts as an open, transitioning to a short over time.

There is an imaginary-valued analog to resistance that is, at least initially, much more difficult to understand and witness. This quality, known as reactance, results in a phase shift between the time-variant voltage and current signals that pass through a circuit; current and voltage signals out-of-phase cause a reduction in the maximum power output of a circuit, among other changes. The inductive reactance, the reactance due to an inductive element, causes the current wave to lag the voltage by π/2 radians.

To further flesh out what is occurring, the operation of the inductor needs to be taken into account. As stated, an inductor opposes a change in the current with respect to time; this is achieved by storing some of the energy carried by the current in a magnetic field within the coils of the inductor. As current continues to pass through the inductor, it reaches a maximum capacity of energy storage in the fields. Disruption to the current, either by a switch in the circuit or AC, causes the field to collapse and transform the energy into voltage to maintain the component’s preference for a constant current.

The Role of Inductors

Like any essential circuit element, usage for inductors contains both breadth and depth. More often than not, however, its roles can be collapsed into a few basic functions: 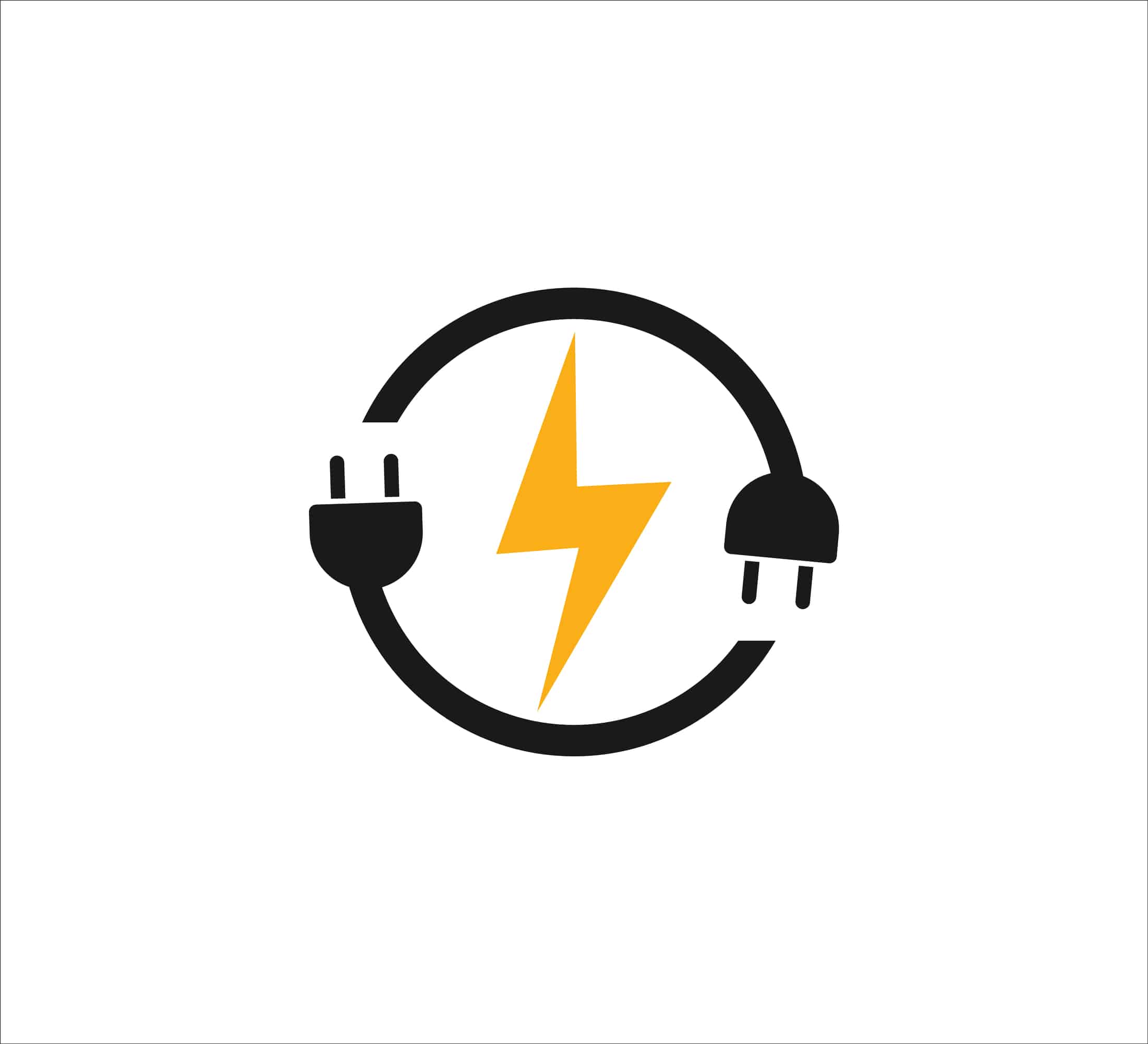 Conceptually, the loop is fundamental to understanding current, which can only flow in a closed circuit.

Bringing It All Together With Voltage

Defined by its relationship to the other essential circuit parameters, voltage is the product of current and resistance across some terminals, known more commonly as Ohm’s Law. In the continued water analogy, it can be thought of as the potential difference encountered at the top and bottom of a waterfall. If its role sounds similar to gravity, that’s no mistake: voltage, or electrical potential, represents the difference in work required to move a charge between two points in an electric field. The greater the voltage, the more work each individual charge can gain or lose moving between two points in a field, indicated by the equation:

W, q, and V represent the work, elementary charge, and voltage, respectively. Once again, like gravity, time-invariant electric fields are conservative, meaning they are path-independent; a charge can take any route from theoretical points A and B within the field, and the work gained or lost will be the same. This quality does not necessarily hold true for electrodynamics, where fields evolve over time.

Voltage is associated with the capacitor. The capacitor is a charge storage element (in actuality, field storage) whose function is related to that of a water tank. As charge builds, the capacitor works up to a state where it is considered fully charged (in reality, the charge stored approaches an asymptotic limit). When the current is disrupted, either by a switch or a change in the direction of the current, the capacitor sources current to maintain voltage – capacitors resist changes in voltage.

During steady-state conditions, capacitors can be open or short circuits depending on the charge stored within. A depleted capacitor will store charge within its plates based on the strength of the dielectric, its size, and the gap between the plates; in other words, the capacitance of the component. Fully depleted, a capacitor acts initially as a short circuit as charge begins to accumulate, but switches to an open circuit once fully saturated. The charge/discharge cycle speeds are related to the time constant (for a simple RC circuit, the product of resistance and capacitance); a smaller capacitance component will be able to charge/discharge much faster than a larger capacitance device, with the drawback that the overall storage capacity of the former is reduced.

Capacitors fill a variety of roles within a circuit; often, this component family represents the most populous element within a design. Like inductors, capacitors begin with power storage and filtering, but only build their usefulness from there:

An at-a-glance summary of some defining characteristics of the three circuit parameters. 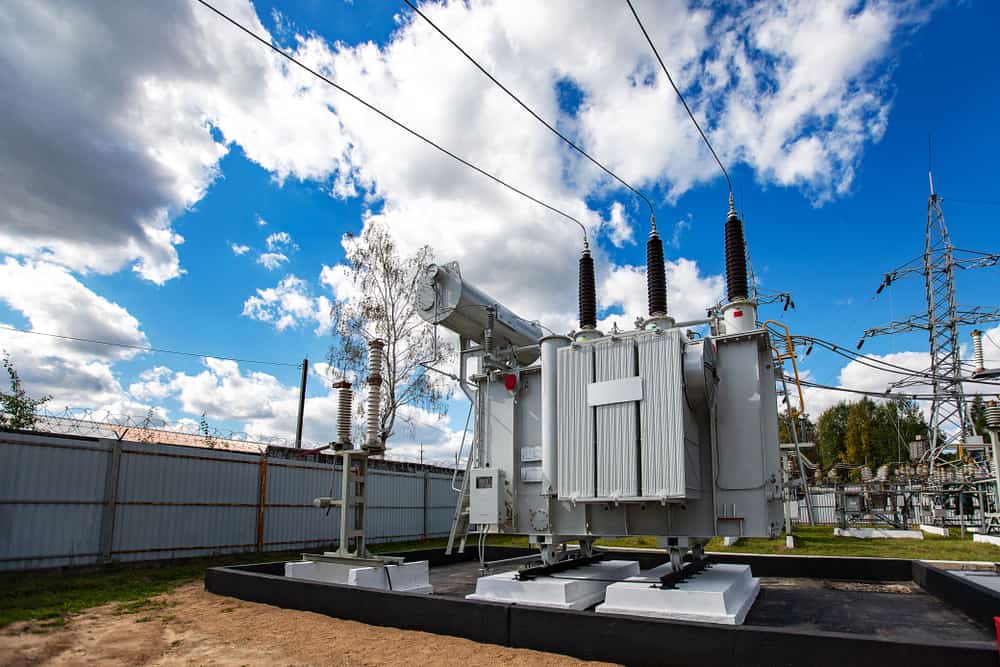 For efficiency purposes, large-scale transformers convert to high voltages prior to transmission.

Voltage, current, resistance, and more essential characteristics of circuit design are necessary for understanding the operation of devices and basic electronic behavior. To better assist designers as they build, Cadence offers comprehensive PCB Design and Analysis Software that is capable of high-level analysis and so much more. Moreover,  OrCAD PCB Designer has the tools to instill confidence with a powerful yet easy-to-use interface for any level of design – or designer.

Leading electronics providers rely on Cadence products to optimize power, space, and energy needs for a wide variety of market applications. To learn more about our innovative solutions,  talk to our team of experts or subscribe to our YouTube channel.