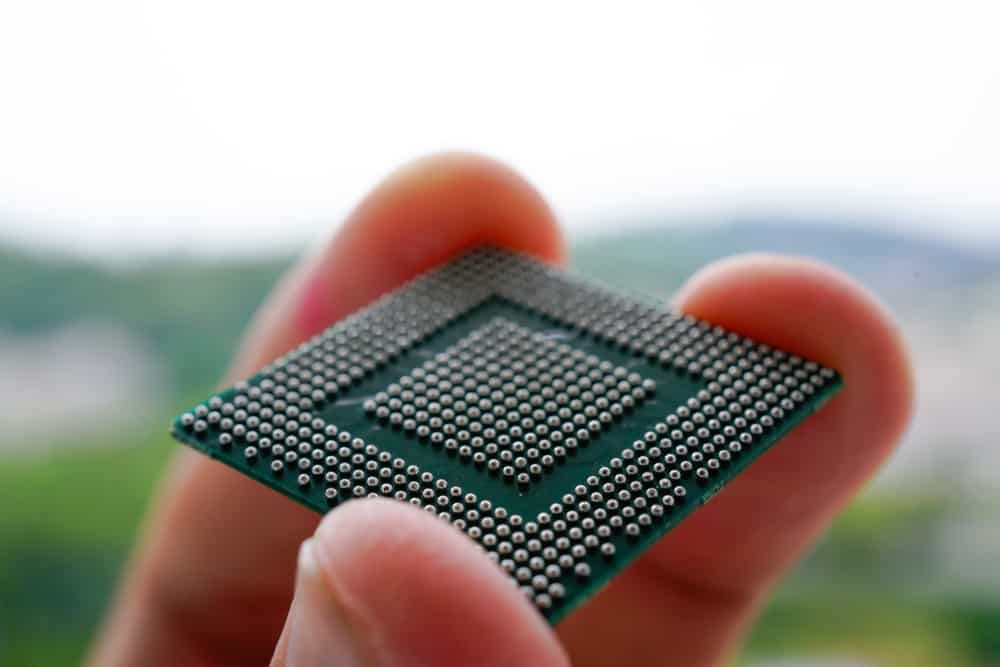 Today’s BGAs, a focal point of HDI, would be unusable without microvias

Technology tends towards miniaturization over time, and printed circuit boards are no exception. The early single-sided boards with only through-hole components and jumper wires stand in stark contrast to the compact designs of today. Surface mount technology and the wonders of modern PCB fabrication techniques have shrunk board formats to the size where powerful electronic devices can now fit into the palm of a hand.

Yet, the demands of the industry never yield–as designs require greater functionality and performance, technology must continue to push manufacturing capabilities to unforeseen breakthroughs. The microvia is one such revelation. Able to drastically reduce the size of the via, microvias are crucial to the routing of exceptionally dense and small pitch components like BGAs. To provide designers with an understanding of their implementation, the advantages and disadvantages of microvias in printed circuit design are outlined below.

The Microvia: An Integral Tool in High-Density Designs

With design density ever-increasing and board space at a premium, the PCB industry had to develop an appropriate technology to wring every last bit out of routing and layout. The via is an obvious choice due to its prevalence throughout design - even a small change in via size can result in total space-saving on the order of magnitudes. Enter the microvia; as defined by IPC, it is a via with an aspect ratio (the ratio of hole depth to via diameter) of 1:1 and a depth of no more than .25 mm. Compared to a standard via aspect ratio of 6~8:1, the flexibility is immediately apparent. Microvias help facilitate the routing of high-density interconnects (HDI) that are ubiquitous with current PCB trends.

While microvias in printed circuit board design may seem like a miracle fix, their implementation comes with a significant drawback: microvias require far more fabrication steps than traditional through-hole vias, making their inclusion an expensive proposition for fabrication. Due to the additional processing and reduction in yield, resulting in an appreciable cost increase per board, microvias should generally be approached as a last-ditch effort for designers. However, it is impossible to overlook that a large number of today’s designs would simply be impossible without this technology.

Prior to lamination, which fuses the individual layers of a PCB into a unified product, holes must be either mechanically or laser-drilled through the prepreg sandwiched between an outer and inner layer or two inner layers; the former vias are categorized as blind, while the latter are referred to as buried. Notably, because of the thickness of the core, it is not possible for a microvia to span the distance while still adhering to IPC guidelines. To account for this, a buried via with a more standard aspect ratio bridges the gap. Beyond the blind and buried dichotomy, there are two additional characteristics of microvia design to keep in mind:

From the top to bottom layer, a collection of microvias may be entirely stacked (same x- and y-coordinate center position), staggered, or a combination of the two. There is no marked advantage between either design, but both can be deployed strategically to maximize board space. Designers are likely already familiar with the similarity to the through-hole design with stacked microvias, but staggered designs offer a twist. Layer transitions can be spread out in the plane for components, traces, or other features whose position may be practically locked down in the current design. However, to accomplish this requires a trace in the plane to connect from one microvia to another. Though it is up to the designer to determine how best to accomplish the routing, having additional options increases the flexibility of their approach.

When (And When Not) To Include Microvias

Every designer feels the need for more space on their boards, but given the cost prohibitiveness of microvias compared to standard via structures, it’s worthwhile to review situations that truly necessitate more intensive fabrication processing:

As important as the basis for microvia inclusion is for a PCB design, it's arguably even more critical to ensure the stackup design will be able to stand up to the rigors of manufacturing and service life without encountering unforeseen failures. In fact, so pronounced was failure mode by microvias while passing existing quality control checks that IPC issued a declaration of a task force in March of 2019 to investigate and resolve the issue. Though work continues to improve the long-term reliability of microvia structures, experimental data has shown that a higher temperature during stress testing is able to better discern failure modes than in previous settings. Because of this, microvia adoption may also be dissuaded in high-temperature environments where the structure may experience more rapid degradation. Ultimately, the use of microvias should be considered a two-step verification, first ensuring the HDI necessitates the additional fabrication steps and then taking a full risk analysis of the potential impact on field reliability.

Microvias in printed circuit design are powerful tools to reckon with the complexities of modern design; in the same vein, Cadence’s PCB design and analysis software tools provide a comprehensive solution to all aspects of board design, database functionality, and simulation.