Thermo-electric cooling, or TEC, has been seen as a breakthrough in small refrigerators that do not consume a whole lot of power. Sporting goods stores carry micro-fridges that plug into a car’s weird circular power plug. Some of us, not me, of course, can remember when those plugs were used to create a glowing hot element to light cigarettes. Getting cold out of the same socket took a little more technology than creating a short circuit.

Where would you use a TEC device? Aside from keeping a six-pack (or a transplant-organ) on ice, electronics can be kept at a reasonable operating temperature with the addition of a component or a cold plate like this one shown below. It is 40 mm square and 3.2 mm thick. The basic function is that it gets cold on one side while getting warm on the other. Put it in the other way to warm up the contents. This can be placed below the board or above the high load component if it has a flat top. More remote placement is possible by incorporating a heat spreader. We’ll circle back to that shortly. 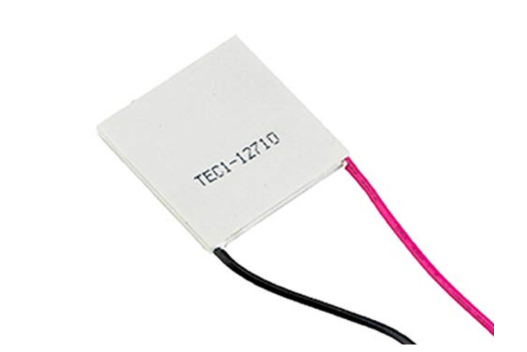 Convection is the air conditioning, the open window, the little hand-held fan. Fully enclosed boxes would prevent this type of thermal transfer. Letting the ambient air in and out with strategic ventilation ports is a normal part of industrial design. Pushing the air into or out of the box is often done to keep high-performance chips in their maximum clock rate.

Compute intensive activity will raise the device’s internal junction temperatures which will trigger the system to reduce the clock speed while turning on any active cooling systems. Who hasn’t had enough browser tabs open to get the machine huffing and puffing trying to keep up? The effectiveness of the cooling systems is the ultimate throttle to mining bitcoins or slaying imaginary monsters.

Conduction is typically a passive operation where a material with the right properties and surface area will be attached directly to the hot spot. A gasket or special thermal grease increases the transfer area at the point of contact. Heat pipes move the energy to heat sinks. Heat sinks can be upgraded to active conduction/convection units with the traditional computer fans. There are also low profile fans for things like a laptop. When all of that still isn’t enough, they can pack on a Thermo Electric Cooling device. 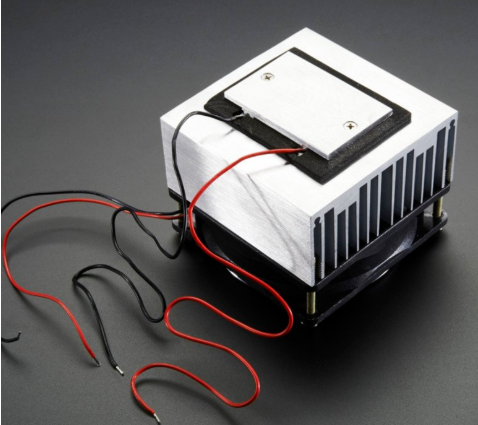 The more power you can feed to the TEC device, the more cooling it can do. At the PCB mounted level, there are a few popular packages. The TO-8 can and a so-called butterfly package are most familiar. We had the larger type in between a laser and a photo detector for an optical transponder. A lot of data was fed from a single optical fiber that had to be converted to many lanes of copper. That was our socket. Enterprise gear on the leading edge as well as science projects can take advantage of this technology. 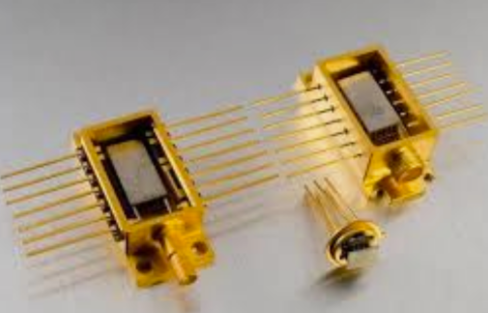 As far as components go, they are not small. The Chicago Bears had a player named William “The Refrigerator” Perry. In that context, these are very small refrigerators. The materials that go into a TEC need to have two properties that are not common in one material. One requirement is that they are electrically conductive. The other is that they are not thermally conductive. That leaves just a few materials and they are not as common as copper or silicon. This requirement drives up the price of fabricating the devices.

“...the advantage is that TEC cooling uses no moving parts…”

The cross-purposes also make the Peltier effect rather inefficient compared to using a compressor and the mass of copper piping on the back of a traditional refrigerator. Being more expensive to make on a per-watt basis and costing more to run are the downsides. On the flip side, the advantage is that TEC cooling uses no moving parts unless the fan is considered. In either case, a compressor will fail and fail again before a solid-state refrigerator will. Reliability is rock solid for what you get.

Cooling the CPU and Beyond.

Lasers, as I mentioned, along with LEDs, batteries, and certain analog equipment, are all notorious for high junction temperatures. TEC coolers are commonly packaged with a small device for monitoring and maintaining the optimum operating temperature. Turn-key thermal monitor modules come in a variety of wattages. Managing the thermal path from the dice to the outside world can be the pivotal reliability challenge. Having a built-in cold plate is one more tool in the struggle to stay cool.