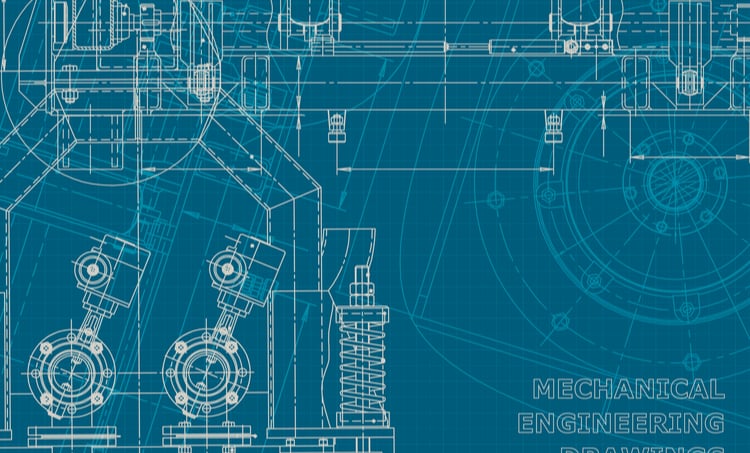 You can apply the core concepts in optimal power flow to your PCB design.

As much as we’d like engineering decisions to be cut and dry, the majority of engineering decisions involve trade offs. Optimization is more than just a buzzword used in technology marketing copy, it’s a deep field of mathematics that aims to help systems designers analyze tradeoffs between different design objectives. When working on complex systems like ICs, PCBs, or an entire distribution grid, there are many tradeoffs in a design, and the best design tries to prioritize important design goals while finding compromise wherever possible.

In terms of power distribution, no power supply can provide infinite power on-demand. Your power supply and your distribution need to provide stable AC or DC power to components in your PCB or other electronics. Determining how to allocate power consumption throughout your system is an optimization problem that is described using the optimal power flow model. When using this model, it becomes possible to identify how much power can be allocated to different circuit blocks, as well as identify potential circuit blocks that may need redesigns. Here’s what this model can tell you about your PCB and how you can take advantage of this model for electronics design.

The optimal power flow model is normally applied to electric power plants and consumers to determine the level at which each plant should be operated to satisfy demand. In a real electrical grid, each plant on the grid can produce power, which is then distributed to multiple loads on the system. Determining how much power should be produced by each source may seem trivial, but it’s really a complex management problem that is meant to prevent power from being wasted on a real electrical grid.

The same ideas can be applied to PCB design, both for AC and DC boards. PCBs are generally only powered by a single power supply, except in some specialized mixed signal boards that might need to receive separate AC power. However, the reduced number of power sources makes formulation of an optimization problem for power distribution much easier.

To better understand the optimal power flow model, consider the following optimization problem. A system with S power sources must supply power to L circuit blocks. The S sources and L circuit blocks are distributed into a tree topology with N nodes and M branches. In determining the power budget for a system with multiple sources, we can formulate the following power distribution problem for minimizing the total power output from the power sources: 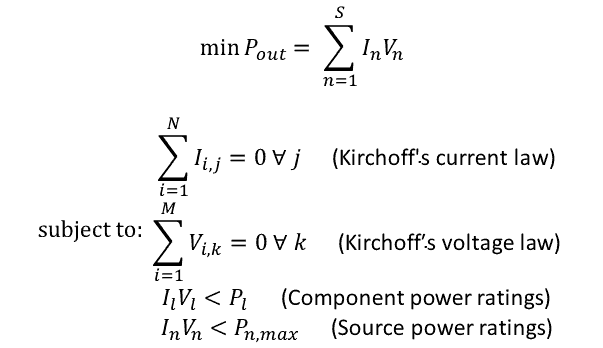 Here, the goal is to determine the voltage and current required from each source by adjusting the current and voltage supplied to each circuit block in your system. In this problem, Kirchoff’s laws and Ohm’s law are built into the optimization problem, making it adaptable to any system where power needs to be distributed among multiple sources.

There are some implicit assumptions in the above model:

This problem could be best solved with a heuristic or evolutionary algorithm, the latter of which is used in commercial solvers. There are also open-source code packages that can handle these types of problems with high variable count.

Various versions of this problem are used by utility companies to determine how best to distribute power from multiple sources into different substations and to end users. These types of problems normally consider the probability of random failure of a power source when calculating the optimal power output from sources in the system. This approach could also be implemented when designing a PCB with multiple sources, or when linking multiple PCBs together into a larger system.

With a complete set of circuit modeling and simulation tools, circuit designers can verify power distribution into various circuit blocks within their system. This type of verification process takes a high-level view of a circuit, where only functional blocks within a larger system are considered, rather than individual components. This type of system-level analysis could be performed as follows:

This bus topology is the most common way to construct the PDN in a PCB design.

Depending on how you model the power source in your Steps 3-5, you may not get physically meaningful results. The power source should be modeled as close as possible to the real source in your system to ensure your power flow results are physically meaningful. In the event the source is not outputting enough power, or too much power is consumed at specific circuit blocks, the source or blocks may need to be redesigned to ensure power is properly distributed in your system.