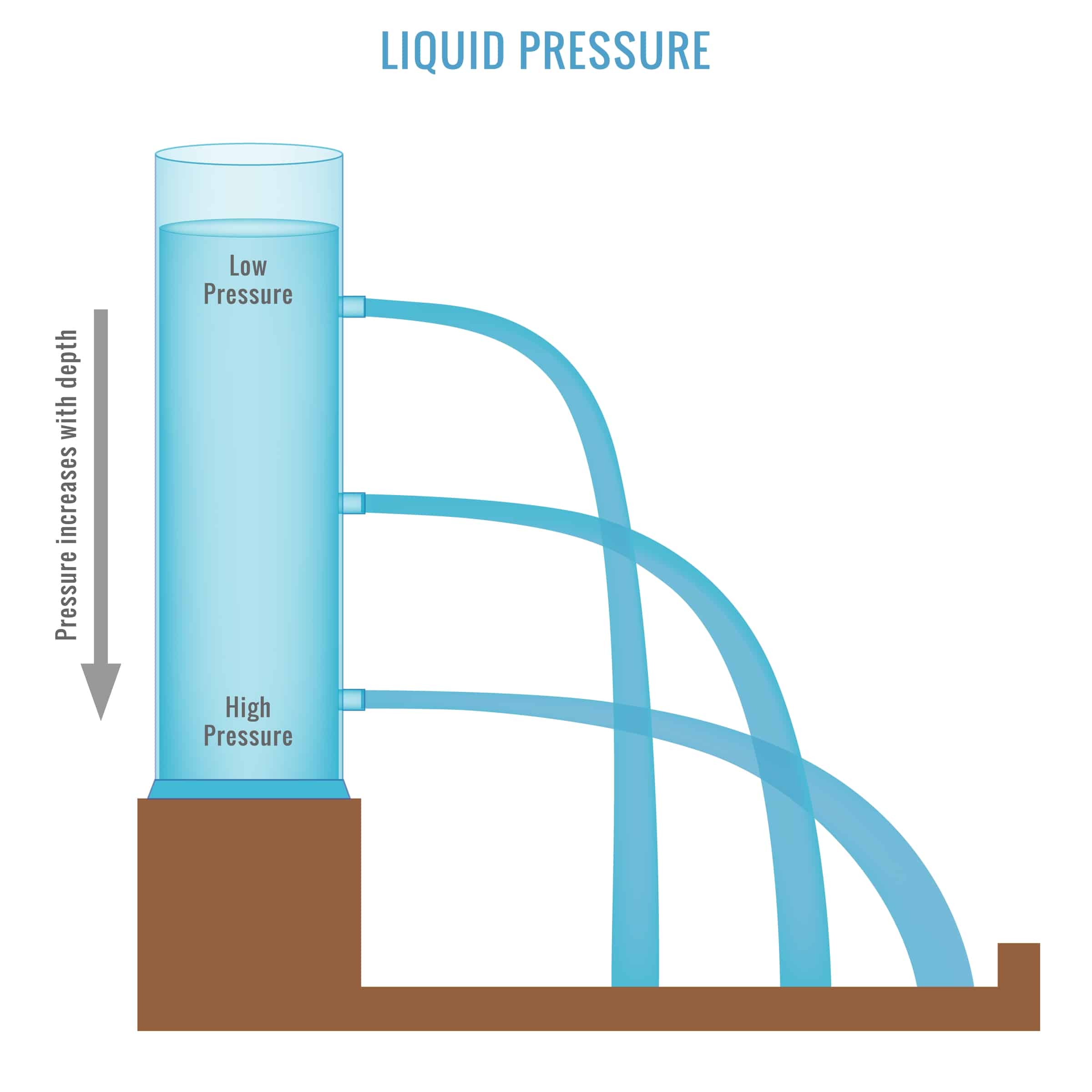 A is the horizontal cross-sectional area of the air column and P is the difference in pressures at the bottom and top.

As aforementioned, the force acting on the slice of air column can be calculated using equation 1.

Also, the force is given by the equation below:

G is the acceleration due to gravity and m is the mass.

The mass of the air column can be given by:

is the air density, A is the area of the slice of air,  and z is the slice thickness.

The hydrostatic equilibrium describes the balance between the upward pressure and downward gravity in a fluid. The force balance in the fluid under hydrostatic conditions is stationary. Usually, a negative sign is incorporated in the mathematical expression to indicate a drop in pressure with height.

In hydrostatic equilibrium conditions, only two forces act on the body:

In hydrostatic equilibrium, the weight and buoyant force are equal and opposite.

The Three States of Equilibrium in Submerged Bodies

Hydrostatic equilibrium is important when dealing with fluids and objects that are either immersed or floating in fluid. Design challenges can be overcome or balanced by analyzing the hydrostatic forces and pressure acting on the fluid. Cadence’s suite of CFD tools can assist you with analyzing the interaction of fluids with a submerged body.

Subscribe to our newsletter for the latest CFD updates or browse Cadence’s suite of CFD software, including Fidelity and Fidelity Pointwise, to learn more about how Cadence has the solution for you.