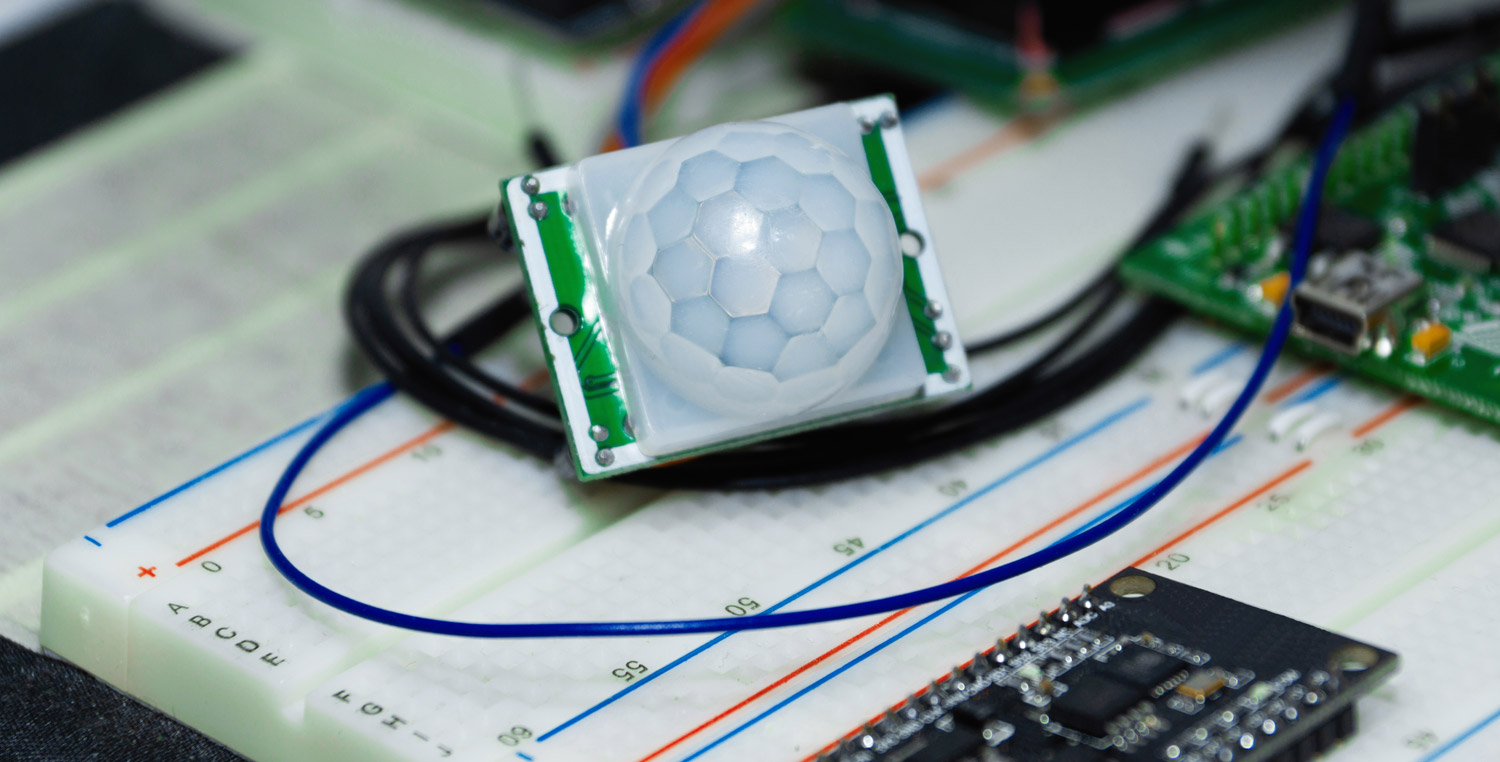 Analog design might seem somewhat outdated in the modern world of digital circuits, but it still serves a unique and irreplaceable purpose. Most often, students and hobbyists are likely to begin with analog design due to the straightforward nature of the content of the components. Learning about the basics of electromagnetism and passive circuits dovetails in an extremely intuitive manner and allows beginners to follow the interplay between fundamental elements such as fields, charge, energy, current, and more.

To truly grasp some of the intricacies and inherent nature of analog design, it is helpful to consider it in the context of a counterpart technology: digital. Both formats have their pros and cons; combined they are indispensable to the modern world of electronics. Further, they prove more complementary than combative, able to offer functions the other lacks in a dynamic electronic symbiosis. As the communication between the formats is key, the methodology behind designing how these two topologies physically interact will be examined in this article.

The Difference Between Analog and Digital Signals 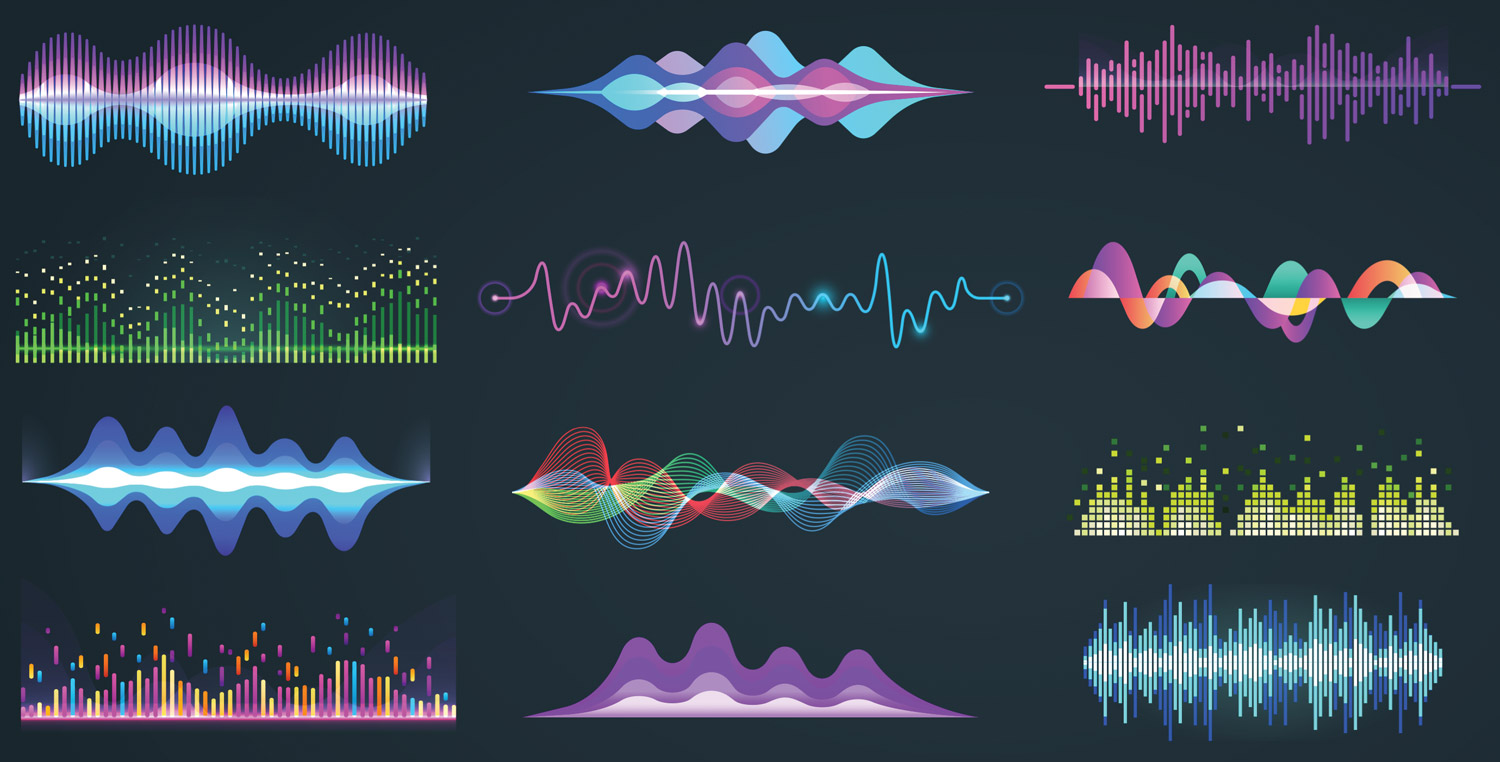 The central difference between analog and digital circuitry comes down to the way information is conveyed. An analog signal is continuous as opposed to the discrete high and low signals of a digital signal. Effectively, analog presents signals as they are, rather than a time-sampled representation. These signals represent a direct relationship between the parameters of the signal and whatever is being measured or generated - the signal is analogous to some physical phenomenon.  Altering the characteristics of the signal, such as the voltage or frequency, induces a change in the output, or vice versa.

Analog signals arise from a direct interface with the physical world. As such, they perform an important function, representing some correlation between a device and its surrounding medium. This can often show up in PCBs as onboard sensors, where the analog output of the sensor can be fed to an analog-to-digital (ADC) converter for additional processing. There will be more on DACs and ADCs to follow, but the important point at this junction is that analog signals are ubiquitous with everything that exists outside the realm of digitized circuitry.

Analog signals, in comparison to digital, are much more susceptible to noise due to the media format and processing; though the initial translation to digital storage does induce some noise characteristics, these are baked into the calculus as opposed to the potential ongoing degradation in analog. Further, methods exist for correcting this digital degradation that are simply unavailable to analog formats. Does this make digital a slam dunk option over analog in all cases? Hardly.

To take a momentary step back from the world of PCB design, sound hobbyist forums have been arguing endlessly over the merits of analog vs. digital since their inception decades ago. Out-of-production analog audio equipment well over half a century old can still fetch thousands of dollars, despite the fact that modern digital replacements can sometimes be a significant fraction of the cost. As it turns out, and perhaps in a case of benign Stockholm syndrome, some have taken a liking to the inherent noise of analog media - the warmth as it's denoted by some. Though it may sound bizarre to the average designer, certain distortion levels may in fact be sought out by enthusiasts. While this signal aspect exists on a completely different implementation than what most designers operate on, it’s helpful to understand why what appears superficially as an inferior technology still has its ardent supporters.

The Op-Amp Is a Cornerstone of Analog Design 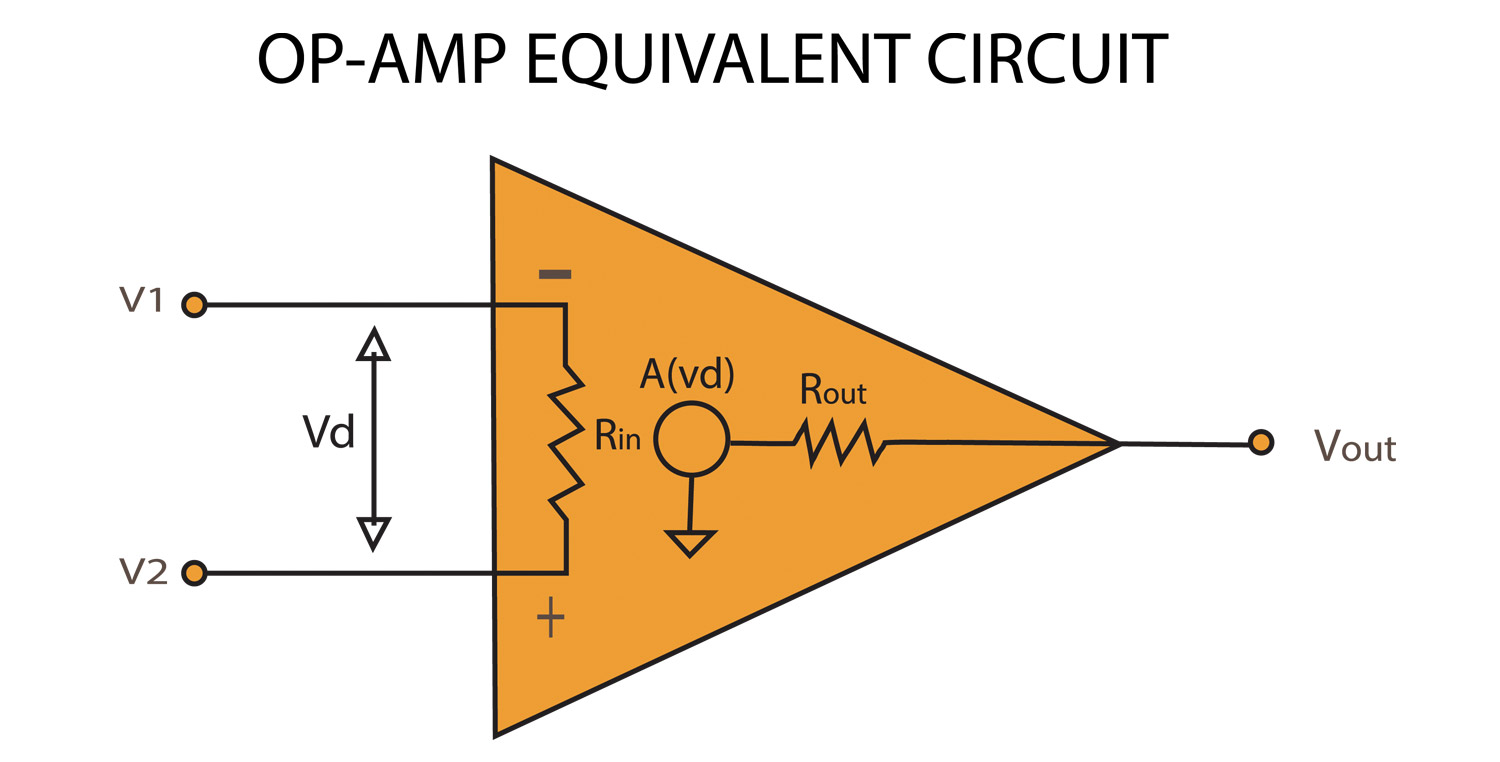 Diagram of an idealized op-amp

What does analog design look like in a circuit? First, consider what components and circuits comprise a typical analog board. Chief among them is the operational amplifier, or op-amp for short. An op-amp is comprised of an inverting and noninverting input, a positive and negative power rail, and output. Inside the op-amp exists a gain factor, which is a ratio of the output voltage over the input voltage. In an idealized model, the gain is assumed to be infinite; for practical modeling, the gain is provided by the datasheet and helps establish the minimum threshold for boosting the voltage. In its simplest form, the op-amp functions as a comparator. By running the inverting input to ground through a pulldown resistor and providing a positive or negative voltage on the noninverting input, the voltage is amplified by the gain. If the input voltage is sufficient, the voltage will go to the appropriate rail - i.e., the positive voltage goes to the positive rail and vice versa.

If amplifying the voltage alone seems a little underwhelming, there’s a reason for that. Op-amps can function with feedback, either positive or negative (the aforementioned comparator setup is commonly referred to as open-loop amplification). In a closed-loop configuration, typically negative, the output is tied back to one of the input lines, usually with some resistive network that in part defines the closed-loop gain. Using this setup, it’s possible to devise a precise amplification. This is only the start of op-amp applications, however, and some additional usages are listed below:

In short, analog design can heavily utilize a number of op-amp configurations and applications to perform the necessary adaptations of digital circuitry operations.

Why Do Digital and Analog Require Separate Ground Planes? 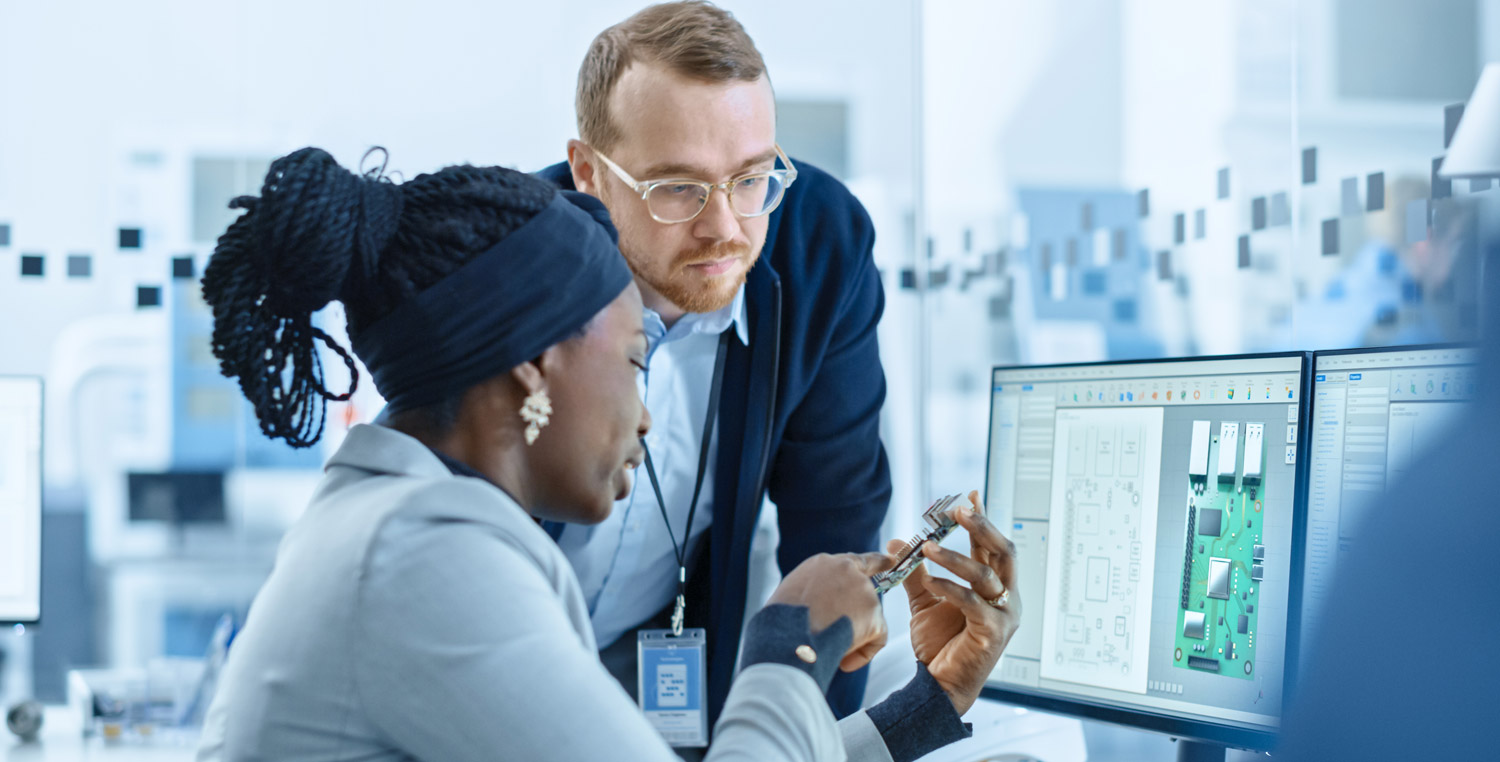 ADC and DAC were briefly touched on above, but hopefully, the reader has noticed the inseparability of digital and analog design. It is far from impossible to encounter designs that operate solely in one domain. Mixed-signal technology, as it’s known, incorporates both analog and digital elements into its design, whether this is at the component or board level.

Ostensibly, the topic of split ground comes up when discussing mixed-signal designs. Split ground is the concept of dividing the ground between analog and digital components and traces. This has become a PCB topic that tends to attract some less than rigorous best practices for an engineering discipline. To get the obvious out of the way first, ground is ground. This reflexive statement may seem painfully obvious, but it’s worth highlighting that separating the grounds into two separate classes does nothing to the underlying role as a reference. In fact, the best way to solve the analog-digital divide is to not create one at all; if possible, keep your analog components and traces physically separate from their digital counterparts and a single ground plane can feasibly handle the separate return paths without issue. As mentioned, packages may contain internal analog and digital circuits, making the unified ground a nonstarter. This also glosses over other circuit constraints - even when bypassing the split ground is possible, juggling the placement and routing concerns of the full design may make it highly impractical.

The split ground plane helps ensure the signal integrity between analog and digital circuits doesn’t overly compromise one another through coupling. Because ground is ground, there must be at least one point where the analog ground (AGND) and digital (DGND) must be tied together. Often, this occurs directly at the component(s) in question by routing a short and direct trace between the pins. However, designers may want to avoid creating a single point that could lead to overly circuitous return paths. What is the best option for designers at this juncture, where seemingly contradictory best practices have to be reconciled? Designers should be cognizant that data conversion is an analog function, therefore converters should have AGND and DGND pins tied to the AGND plane. This helps reduce introducing noise from the high-speed digital signals into the analog sphere, which would be further propagated through the conversion process.

How to Link Split Planes 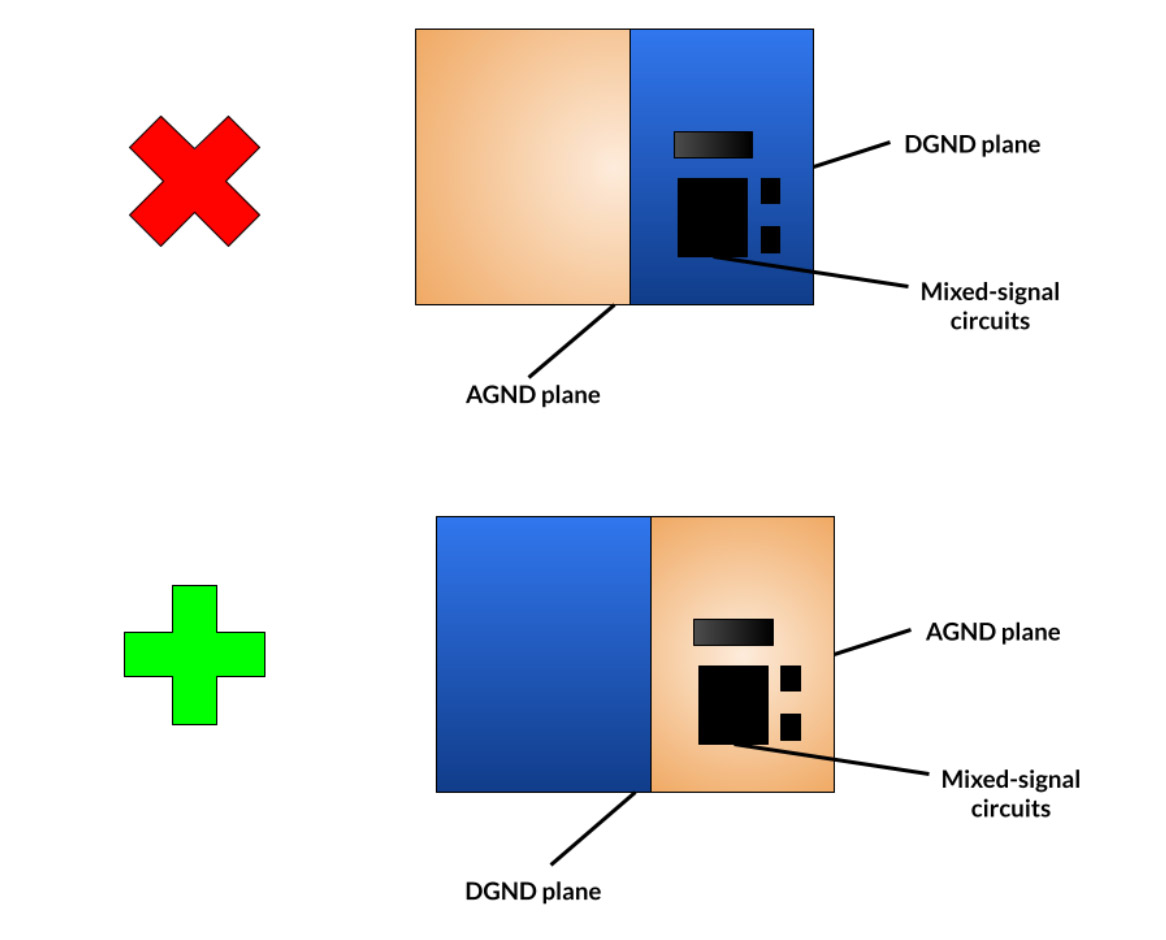 There is still the question of how to link split planes physically. Most designers quickly learn that routing over a split plane gap is a cardinal sin of signal integrity due to the large current loops formed by the return path, which can quickly lead to formidable EMI emissions. Back-to-back Schottky diodes can be utilized to help protect against a large enough potential developing between the AGND and DGND pins to prevent damage to the circuit. Ferrite beads can also be useful to create a passage at low frequencies while becoming highly resistive and functioning as an open at high frequencies. This low pass filter behavior ensures that low-frequency analog signals can easily flow between the separate ground planes while confining high-speed digital signals to their respective ground plane. High-speed analog systems will need an alternate method of tying the ground planes, however.

The world of analog design is vast and almost a subdiscipline of PCB design on its own. To efficiently and painlessly handle your analog needs, Cadence’s collection of PCB design and analysis software provides the tools to easily build and incorporate best practices to optimize performance along the way.