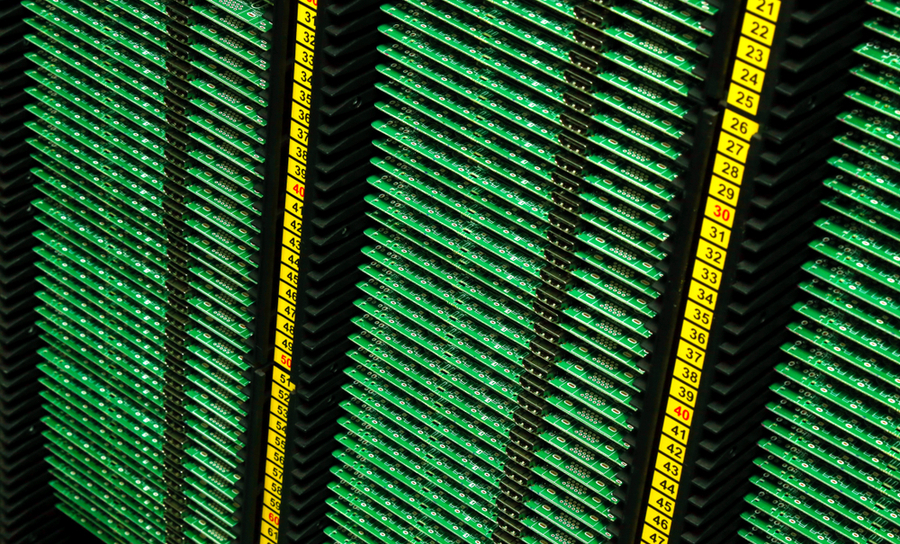 I love reading online "tech chats" between electronic designers when they are comparing notes. and assisting one another with printed circuit board (PCB) design challenges. Often it is the experienced senior engineers giving guidance to new engineers designing their first PCBs. Other times one reads frank discussions amongst seasoned designers about the limitations of certain processes or design software, admissions of design ideas that went awry and how much the failed design cost their company. The comprehensive experience of senior electronics designers provides a keen overview to understanding why design rules are in place, and how to weigh costs against possible design configurations.

Some of design engineers' most animated online debates are around the topic of 4-layer PCB blind vias and buried vias, or "BB vias" -- when their use is justified, and warnings of their high manufacturing costs. Blind and buried vias are utilized on boards with at least four layers. Multilayer boards provide higher capacity and speed within a smaller footprint.

What are Vias in PCB design?

A "via" (acronym for Vertical Interconnect Access), is a hole drilled into a PCB and then electroplated to make it conductive. Vias are only for routing signals between multi-layer PCBs or packages - single layer designs do not require vias. Latin for path or way, a via is an electrical connection between PCB layers to pass a signal from one layer to the other.

PCB manufacturing begins with a core -- the first 2-sided PCB. Layers past the first two are piled or stacked from this fundamental building block. Then, different via configurations are possible by drilling at every stacking or piling stage. Vias can be categorized into four different types: blind via, buried via, through via, and stub via.

A via is a design technology that allows for more complex designs without increasing the board layer count or the board size. Vias provide a path for electrical and thermal energy to move from layer to layer on a PCB or an integrated circuit (IC). Generally, the more energy being dissipated, the more vias are needed to connect the thermal pad to the underlying copper layers that can distribute the thermal energy. A via on an IC is often called a through-silicon via (TSV).

There are disadvantages to vias. Vias may produce small discontinuities in signal and power integrity in high speed designs. A via that provides the connection between signal traces on different planes creates return path discontinuities (RPDs), because the return current has to jump between the planes to close the current loop, affecting signal integrity. Also, the capacitance of a via (ability to store charge) can make the signal speed slower. 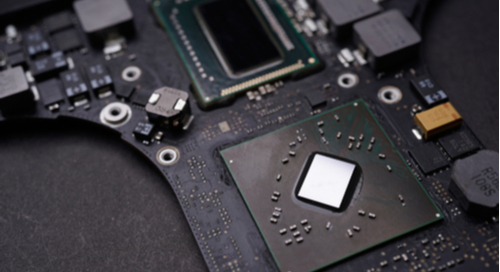 Managing a few vias can be difficult without proper eyes, let alone thousands.

What is a 4-layer PCB Blind Via?

A 4-layer blind via is a plated hole connection that passes from an outside surface layer and terminates on an internal layer - it does not go through the entire board, as does a "through via". Blind vias are only visible on one side of the printed circuit , hence the "blind" moniker. Buried vias only connect the inner layers.

4-layer blind vias and buried vias are not cost effective except under certain design scenarios. The use of blind and buried vias in an attempt to reduce the PCB layer count will not save costs, due to the multiple manufacturing steps required.

In one electronics online forum where the participants were discussing the pros and cons of 4-layer blind vias and buried vias, one engineer shared how much BB vias had cost in a particular design. He concluded in exasperation that now, if shown a 4-layer PCB where BB vias were required, that he would "somehow find a way" to route it on a 6-layer board without BB vias.

To manufacture a 4-layer PCB with blind vias or buried vias, there are two traditional hole-drilling methods: laser drilling or sequential layer build. In the laser method, a hole is vaporized through a thin layer of insulating dielectric, stopping where the laser beam is reflected back by the internal copper pad. Vias created with a laser have limitations because the hole is small, and its depth can be no more than its diameter, to insure penetration of the copper plating which lines the hole. Thus with this method, blind vias can only penetrate through just one layer, starting from the outside surface layer.

Using the sequential build mechanical method, blind and buried vias are able to pass through multiple layers. In this method, pairs of boards are drilled and copper plated before bonding the boards together, so the copper plating completely penetrates the hole. By combining the appropriate sequence of drilling, plating, and bonding, a wide variety of blind via constructions is possible. 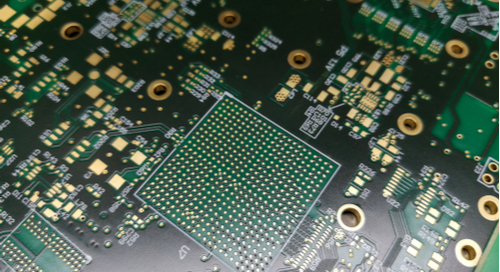 Some choose to use ball grid arrays (BGAs) in their designs, too.

If a PCB can be limited to a single lamination, that is the ideal. However, when a PCB is multilayered as on a HDI (High Density Interconnect) PCB, intermediate lamination steps are required before the blind or buried via hole can be laser-drilled, driving up costs.

For PCBs having more than six layers, it is advised that for reliability, PCBs should be limited to three assembly/lamination steps. For example, a 10-layer PCB would need three drilling steps and two lamination steps.

The general consensus amongst electronics designers regarding the traditional (subtractive) manufacturing methods discussed above:

In contrast to the above, 3D printing of vias is drill-free. Additive 3D printing uses processes that are mostly digital, require less materials, and less human labor. Plus, a multilayered, densely packed PCB with blind and buried vias can be produced in less than 24 hours.

These differences in subtractive and additive manufacturing techniques for vias in PCBs mean that PCB designers have freedom to explore unique interconnect designs without the limits of traditional PCB via design rules. In other words, the geometry of the via is no longer confined. Via designers can go way beyond the "copper barrel" of electroplating, implementing any interconnect architecture they like. The layer-by-layer process of 3D printing does not limit via architectures to vertical structures; these interconnects can run in any direction, and they can even be curved!

Is your company looking to increase routing density or reduce layer counts in your PCB design? Are you ready to step outside the traditional PCB design rules for interconnect architectures with 3D printing? With Cadence’s advanced suite of design tools and analysis, you can expect to move to production with ease and confidence. The Allegro PCB Designer has an optimized design-to-production process that will surely leave even high density via boards feeling seamless.